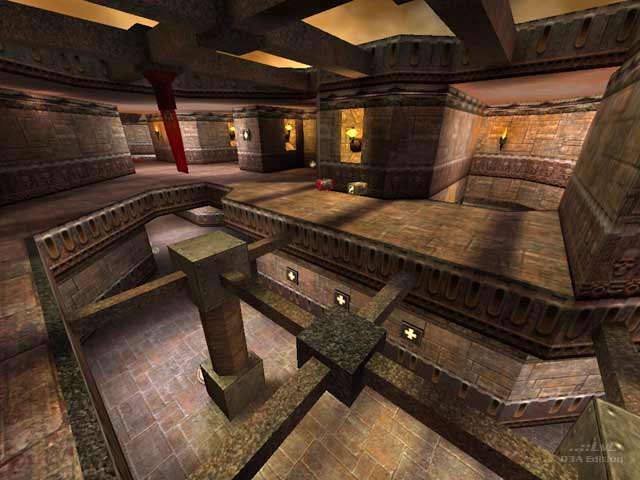 When I read that the map took two days to build, I was expecting something fairly dreadful. It's not really much to look at, but it is not as chronically bad as you might expect. Plain is, however, the order of the day. The framerate is a little on the low side for want of more vis blocking. A couple of the jump pad shaders have a glow bug. There is a risk of getting stuck when you make the jump to the LG because the light behind the jump pad has not been clipped off. The default bot is Bones in a map without a shotgun - sweet revenge for those of us who get annoyed at the bouncy wee twerp with his precious SG. As a result, he's on a spanking to nothing because he almost never uses any weapon apart from the MG. The level is OK for tourney, but seems better as FFA.

Even with more work I think I'd still describe this as j.a.m. - just another map.

Q3dade8 is a small map in the stock q3 gothic yellow-red-brown style. Formulaic two level layout and rushed construction. Simple walls decorated with trims, some map models and many light fixtures - nothing special and nothing new, but it doesn't look bad either.

On the other hand the playability of this level is quite good. The interconnected layout and proper scale allow fun 1 on 1 matches. Item load might seem too heavy for a small tourney map - 2 RLs, LG, RG and 2 YA, but way too many health and ammo pickups. Run the armors and refill your health with no problem.

In conclusion its an average looking map with good gameplay. Grab it for some 1-1 matches with either humans or bots. 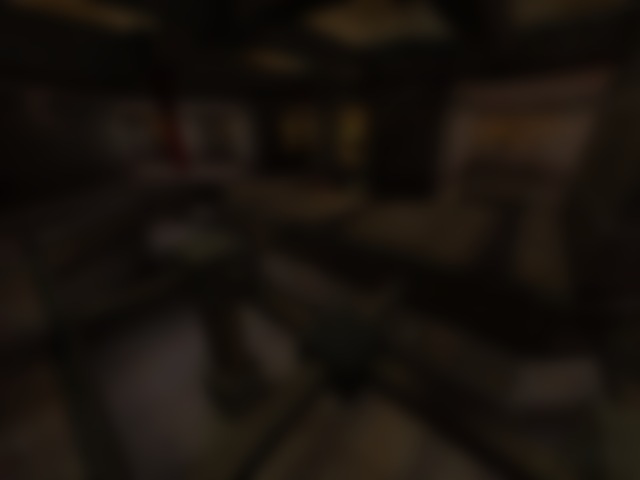