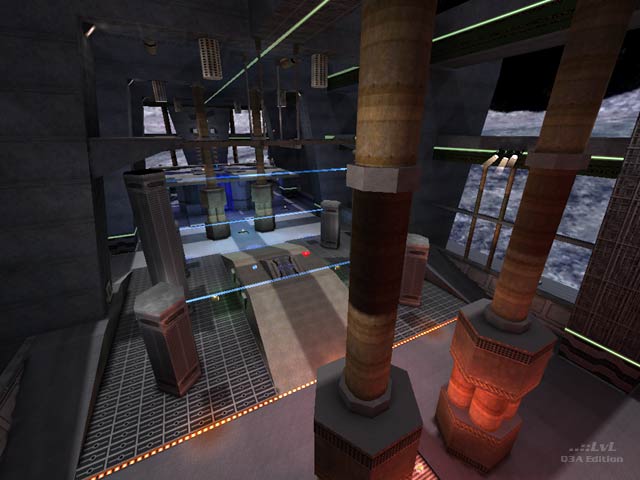 The map has a warehouse/industrial themed. A medium-sized arena where you do not get much space to actually run about. First and foremost, when I tested with bots, too many times could I see bots running with their gauntlets whirring away, especially on 3v3 matches.

I can't figure why the author would recommend up to 12 players for this map since the weapons are rather scarce. The placement of accelerator pads throughout the map allows for interesting, quick-bounding action which makes for some fun firefights. The second level for each base feels exposed and rather plain, which I feel could be filled with more weapons and ammo boxes.

I think this work pales in comparison with the authors previous, outstanding CTF map, Theoretical Probability.

Overall, this map is OK and as the author suggests, if you want some real fun, play it with humans. It's not really a keeper, but watch out for his next few maps. 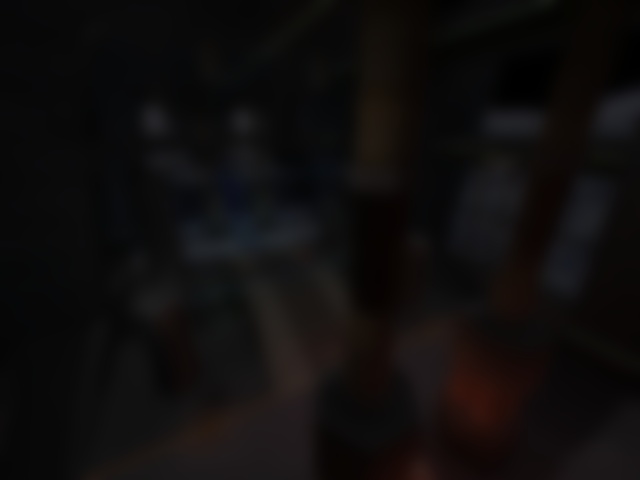