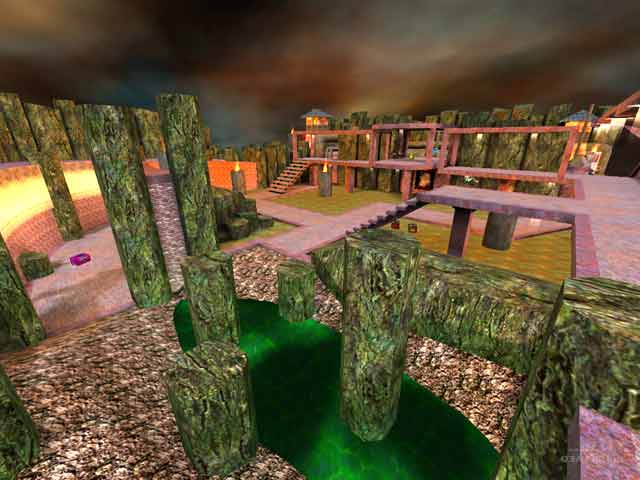 As the author put it, this map has an industrial/gothic ambience to it, but when I scrutinized the map, it seemed to have an industrial/jungle-y (if there's ever such a word) feel to it, which is pretty unique. A rather large map, consisting of a courtyard, elongated hallways and a slime pool.

The author employs the use of thick bamboo poles all round the map, which contributes to the jungle feel. The action is focused a little more on the courtyard where the RG and PG are located. Bots go for the Megahealth and Quad and skip the Haste and Battle Suit which are located on the rooftops.

There's a hallway where bots tend to have problems, and once another bot releases the trapped bot out of its stasis-like prison, it itself gets the same treatment. Talk about being helpful.

I personally would love to see rooftop battles where bots jump from one bamboo pole to another, much like the ancient Chinese folklore wuxia swordsmen did, but it isn't materialised here.

Overall, a pretty fun map with eye-catching scenery and an interesting battleground. I'll keep it on my hard drive, and I suggest you give it a spin. 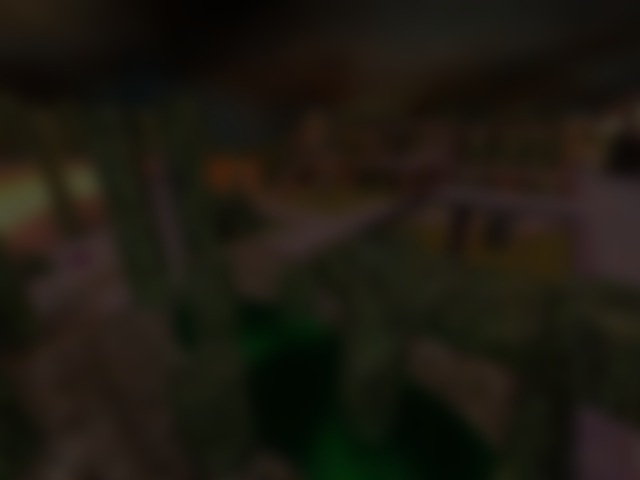