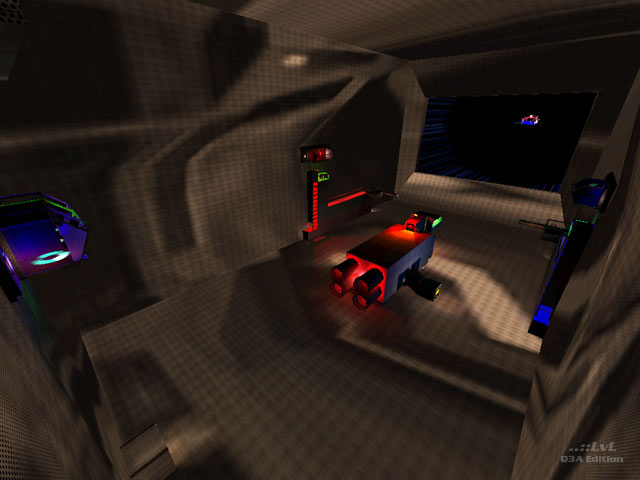 The final of the SpaceArena maps. This one is set inside a huge docking bay. A ship rests in the center of the bay, to the east and west are towers that hug the walls and to the north and south high up are launch towers. One door of the docking bay is open to show a ship in the distance. The map has the earmarks of all the other of its ilk. A few basic textures and loads of bright candy colored lighting. Narrow passages lead to the top of cramped rooms in the tower and launch bays.

All game modes are supported and game play is pretty rank. Like all the other SpaceArena maps all weapon types and heaps of ammo abound. (I really love the BFG with three boxes of ammo nearby) No game flow to speak of and of course real bad bot play. Once again Anarchy is the poor bot stuck in this. He will be an easy kill since he always heads for one of the top of rooms in the east / west towers and just sort of drifts about aimlessly. In short this is just a plainly bad map. Good for at least a -40 by Cranky Steve. 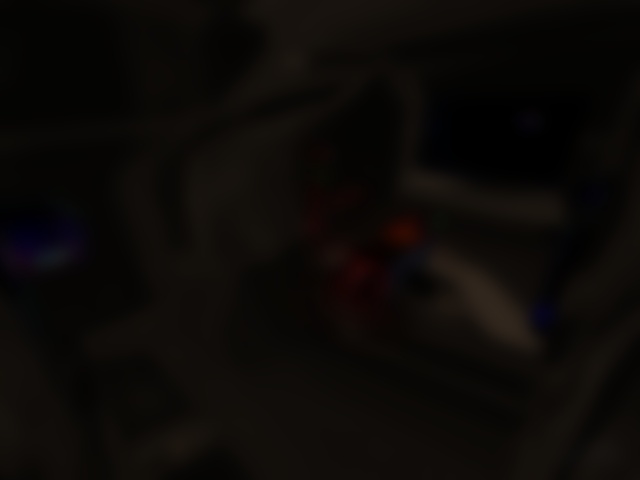