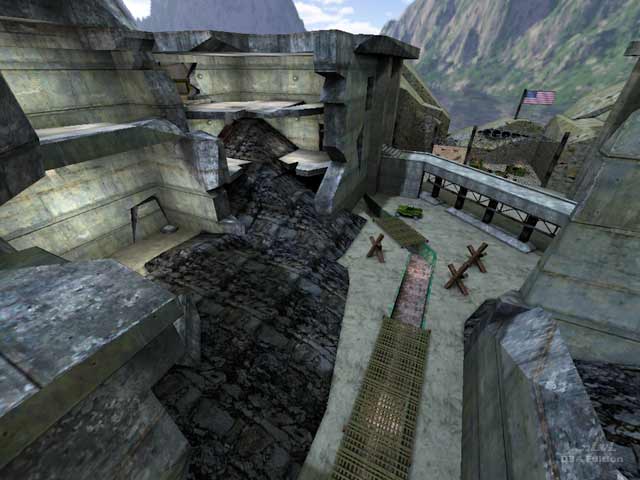 An RA3 map with 4 arenas and a common loading area. There are 3 smaller arenas and 1 clan arena included. The maps follow 4 distinct styles with a common battle zone theme. Starting with the smaller arenas we have a cave layout, a small bombed out bunker type map, and a mirrored compound type of map. The clan arena is a large indoor / outdoor type map with plenty of places to go. Lets break these down a bit.

Arena1: CA, Behind Enemy Lines - Players 6-20 players This is the largest of the 4 arenas with both an indoor and an outdoor area to frag in. The indoor area is styled after an old hotel or office complex, at least that is what appears to be to me. This area is mostly hallways with a few bits of décor thrown in such as the table with the radio equipment and the file cabinets. The texturing is ok in this area with the exception of some of the doors. These have what appears to be a base type door texture on them and they do not open. This same texture was used for what I can only call access panels on the upper part of some of the walls too. They seem out of place with the rest of the texturing in this area. The rest of the texturing blends in pretty well and looks natural. This area leads into the bombed out area from a number of access points. The outdoor is broken up into a small cave/collapsed building type area and a couple courtyard areas. The most notable of these is at one end where there is a working minefield. You can get some hella rocket jumps in this area. The rockwork and the crumbled building brushwork are pretty good and are for the most part believable. I would recommend large amounts of players on this arena for it to really move well.

Arena2: 1v1/2v2, Cave Buster - As the name implies this arena is set in a series of caves. This is a multi level arena that winds back on itself a couple times. It is lit primarily by torchlight with one section open to the sky for a more natural lighting. The brushwork is done really well in this arena and for the most part you feel like youi are in a series of caves. The only real mistake/problem I see with this arena is that on the base of some of the cliff walls you can see light bleed through underneath.

Arena3: 1v1/3v3, Training Camp - This arena is quite a bit bigger than Cave Buster but unfortunately bigger is not better in this case. The arena is probably the worst of the 4. Basically identical box maps butted together with a dividing wall in the middle. There are towers on the 4 corners and access to the top of the wall in the middle. You can either rail away from the ground level or snipe from the walls/towers in this map. Either way, you are going to be using a railgun because it's just big enough so that other weapons are impractical to use unless you get right up on top of the enemy.

Arena4: 1v1/2v2, Nowhere to Hide - It's a fairly small open area with bombed out bunkers and building to hide behind. The arena is done well with plenty of places to duck and cover, contrary to the arena title. It would be a challenge for a 2-man team to control this arena. Here again, the rockwork and the brushwork in the buildings have been done pretty well. This is pretty much a 1 level map with the exception of the rooftops to shoot from. From the looks of it there would be some pretty fast action on this arena. Texturing and lighting are fine on this arena.

Conclusion: Not a bad release for RA3. Most people are probably going to stick to Cave Busters or Nowhere to Hide for smaller groups with maybe a match or 2 played in the Training Camp arena for rail practice. Everyone should have tons of fun in the CA arena. This arena can support lots of players and it would need them to fill it up. The r_speeds are great on all of the maps and the lighting is spot on as well. The texturing in some places needs to be rethought but over all a pretty decent map. 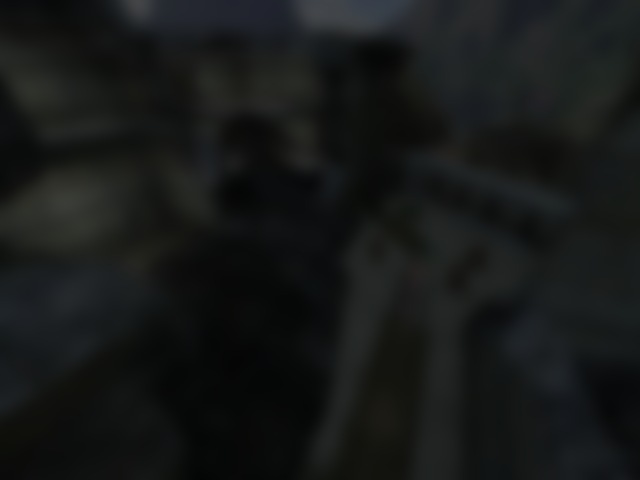