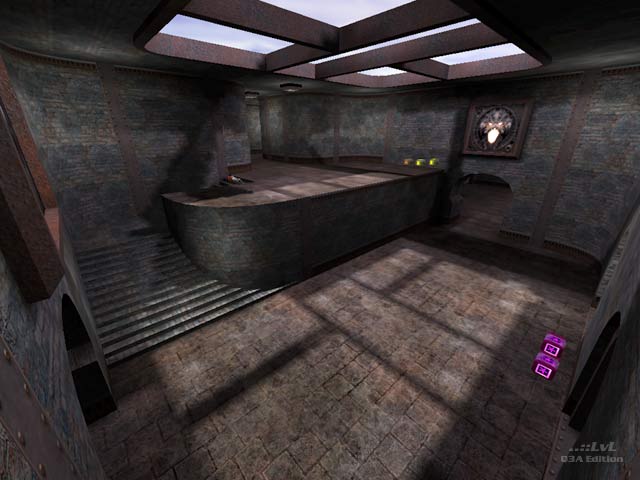 This is St3v3n's first Quake 3 map which made an appearance in the secret area included in his second map, Ghost Town. The map uses large spaces linked by hallways and teleports in a run-down castle style arena. Texturing is fairly simple but brush work helps to liven up the map. Quite a fun map as you run inside and outside the castle.

Bots play okay but their habit of running in a straight line doesn't help them much in some areas. They die when they go for the Quad. Sometimes it's a bit too easy to pick up frags by lobing grenades or rockets along a hallway, at a teleport or wall. Overall game play is good but remains at a fairly simple level but that suits this simple, fun map.

Easy open play style. Fun for a couple of rounds. 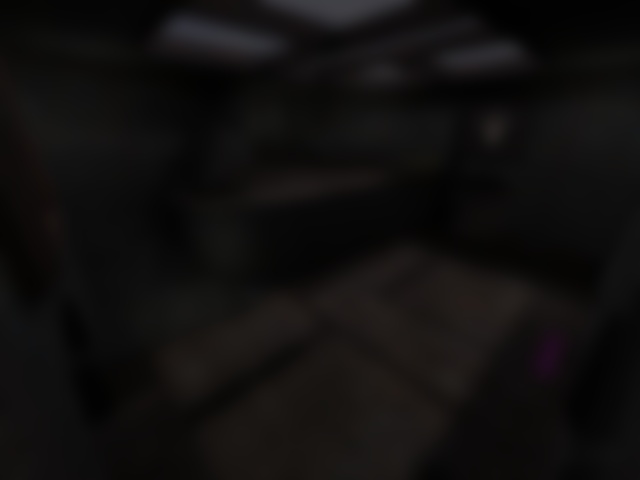