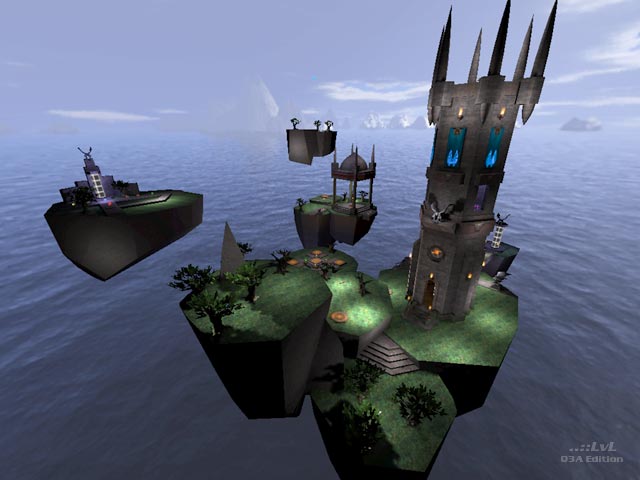 A smallish floater comprised of several small floating islands all interconnected by jump pads, accelerators, and teleporters. One of the larger islands has large spire that overlooks all islands. The map is just stunning. The mapper uses a skybox by 79dieselrabbit and trees by GrimReaper along with his own models to achieve a simply beautiful looking map. The game play is fun and because of the closeness of the islands to each other the map is a rocket jumpers paradise. The map also has a good flow that allows you move quickly around the islands.

Alas, several minor flaws take the map from being great to just good. It is just to easy to run off the edges of the island during fire fights it would of been nice to have some kind of barrier to prevent this. There are textures missing on the tower sides. Weapons and powerups are just to heavy for this small map. You almost trip over them. Included on the map are a quad, a fly, and a PT. Any one of these would be enough, but three is to much. Most weapon types show up, including the BFG which is way to powerful for this small of a map.

Bot play is good, except for occasionally running off into the void and not going after the flight powerup. They jump for the quad and fight the map well. I would love to see the author revisit this map concept take the time to fix the flaws. The result would be a map that would stay on most peoples hard drive as a favorite map.

A great map turned into a good map by problems. You might keep it.

PainKeep Arena version: A PKA version of this map is available for your gaming pleasure. Added 24th April, 2013. 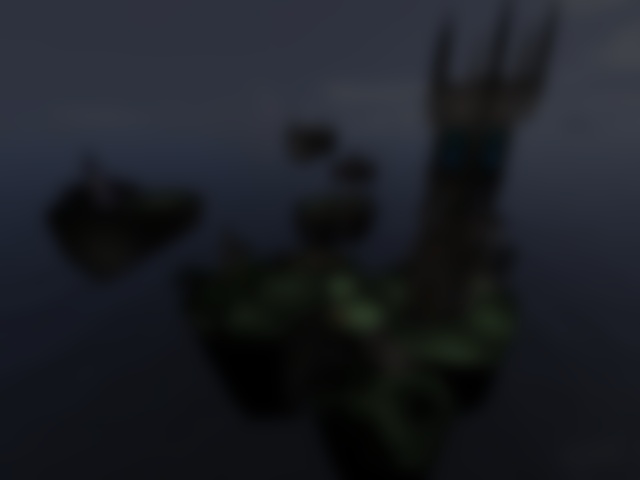