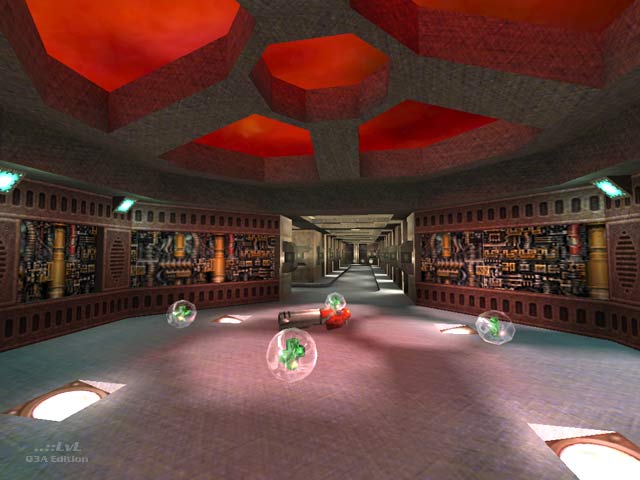 This small, and geometrically refined map seems to lean a little on the ikbase texture set to carry off its visual appeal, rather than masses of brushes or complicated angular architecture, the author has kept construction simple, and largely vertical, in keeping with its Doom2 heritage. Luckily the texture repertoire is easily up to the task, managing to weave the wall, ceiling, floor and highlight geometry into one seamless whole. Both a saving and a shame really. Throughout the map there are flashes of brush working brilliance (the lift and railings section by the Quad, the terrain outdoors), suggestive that the author might easily have carried off a more complex, and rounded playing experience.

However, what is there is fun to play, and fine to look at. Game flow moves in both directions around a basic loop. Starting at the old Doom2 spawn point, you'll move fairly linearly through the majority of the base, with some digressions for weapon and armour pickups in those old side rooms, that used to feature the moving crates, and a rocket launcher respectively. The only significant change to the layout is two-fold, with both changes having the same net effect. The outdoor area now loops right back to where the player started, and the exit will return you to the same area. Hence the somewhat basic game play loop. The outdoor area has undergone a major refit, now featuring undulating hills, and gushing pipe work, resembling the original map in few ways. I missed the windows in this area, and felt their absence meant a great deal of lost potential. Especially with the players greater agility in Q3, windows would've broken the basic circularity of play, and added potential shortcuts and sniping points, even bringing an additional vertical dimension to an otherwise flat map. A little experimentation would have gone a long way. A fun Free For All map, that bots will handle easily. Features BFG. 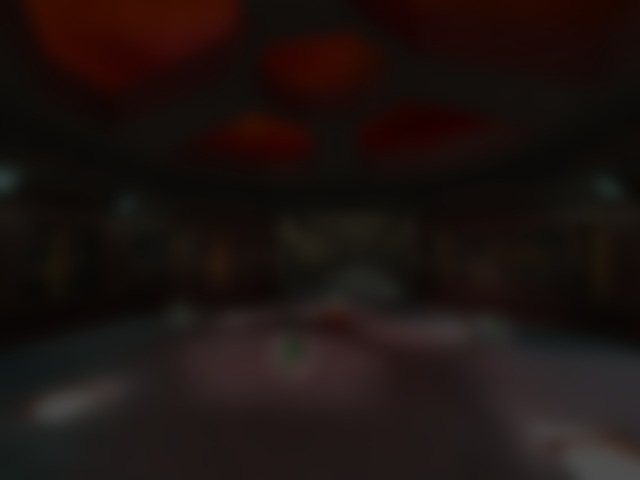