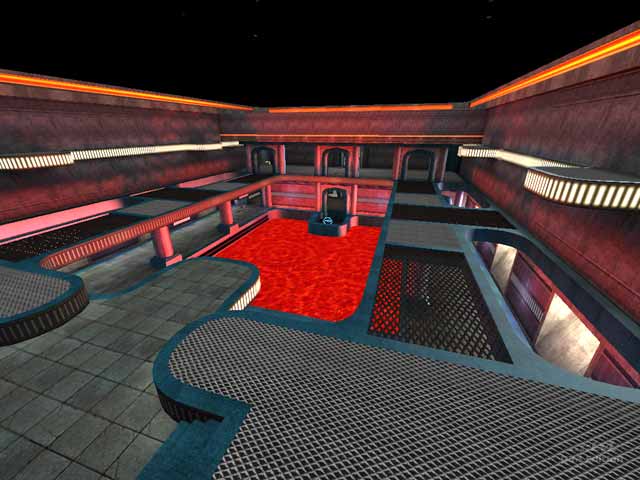 This two tier lava trap has its roots way back in Quake as the House of Chthon. Brought kicking and screaming into this 21 century incarnation, the author has reworked texturing and layout details to better suit Q3A. Many of the tighter halls and corners have been broadened, and the scale in general has been increased. Texturing is consistent, and often dazzling, mixing metallics and wire mesh, with the odd disco light or two. Much of the map is saturated in an orange light due to the volume of lava at its center. Minimal texture glitches were of little distraction.

Layout here has remained true to the original, offering few surprises, other than the addition of a teleporter. But it's the saving grace of an otherwise inherently simple design. It allows the battle to flow from the poorly connected 'start end' to the more accessible 'lift end', and back through the central arena. Much of the action is to be had in that arena, the lower tier suffering a barrage of grenades and rockets from those above. The upper floor having crazy railgun shootouts to keep everyone on their toes.

I can't help but think this map might well have been so much better, had those wire mesh walkways not been weapon clipped. This would have given players on the lower level more scope for retaliation against grenade lob bing adversaries, or those wielding railguns above more variation than pure horizontal shots. Players on the lower floor would have more to be wary of, but many of the spawn points are further up, with people only venturing down for the lightning gun and Quad damage anyway. Powerful items combinations shouldn't be too easy to obtain. Either way, what is present is highly playable and thoroughly enjoyable with a few mates, and even a few bots. 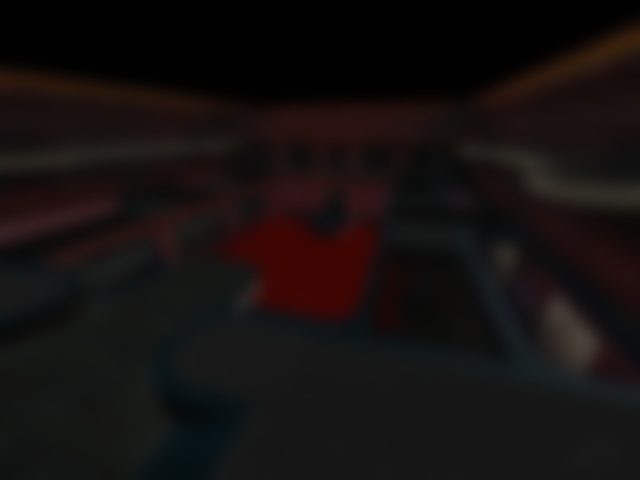