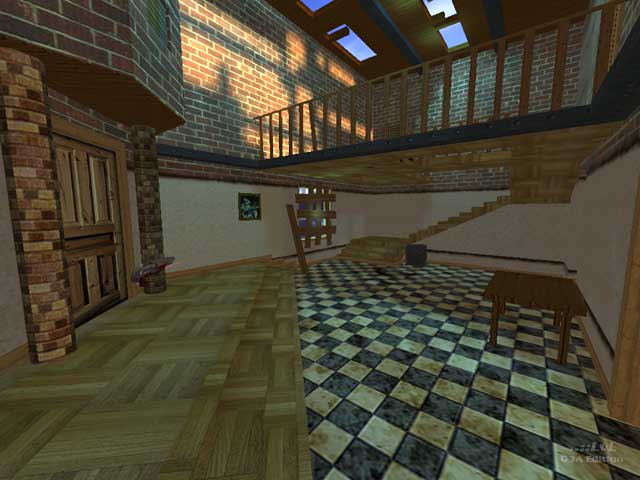 This is unquestionably the smallest map I have ever played. Even playing 1 v 1 it seems crowded. Pile Drivers Cottage is, as the name suggests, a cottage, consisting of three downstairs rooms, a staircase and one upstairs room. The custom textures used, which are nice (though the wall pictures don't really fit with the idea of a cottage), result in the large file size for such a small map. One small instance of z-fighting, but I had to hunt to find it.

Razor is the recommended bot, though given that the shotgun is the only weapon available (two, both downstairs), Bones or Mynx would do just as well. Razor plays well - if you try to hide in the dead-end upstairs room he'll come up looking for you - but any bot would have a hard time playing badly on this level, it's so small.

Game play is a little tedious, though. The upstairs room has an ammo clip so camping just inside the door then giving Razor both barrels when he comes up the stairs is easy. There is no armour, and the only health is a medikit. No real flow - it's just spawn 'n shoot. A custom warning sound can be heard when one of the shotguns is picked up but not the other - unnecessary really since you can hardly lose each other in this confined space. Game flow is further pinched by the small size of the doorways, and could have been enhanced in the upstairs area by leaving out the bannister rail. The lighting is probably the best feature - the patches of light coming from the skybox actually look like real sunlight.

A real deathmatch-in-a-burlap-sack level. Avoid unless you like to see the whites of the bots' eyes before you gun them down.

Tigs Notes: This is one mapper to watch if you are into RtCW. 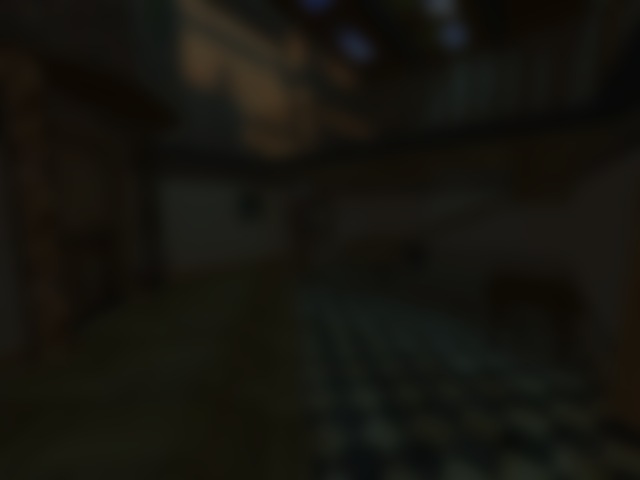