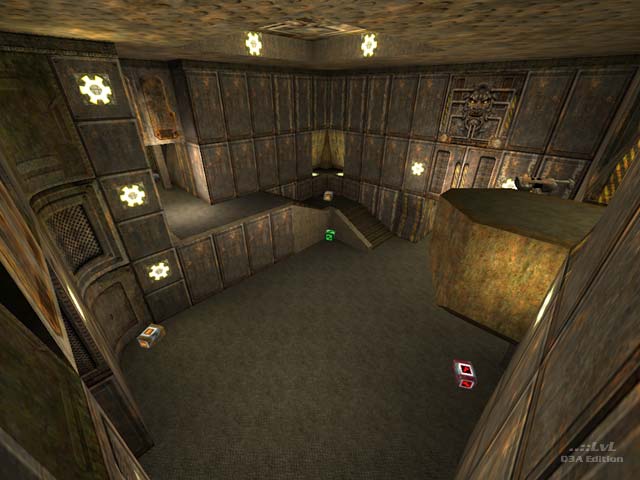 The Level is basically made out of two main rooms with passageways between them. The Rorshach droid textures have been used well. Connectivity is good and the game play is very intense but focuses on the Rocket launcher room. Lighting does a good job at enhancing the atmosphere. The geometry is nothing special. The map has reasonable r_speeds, so it should play nice on most machines.

The item placement is generally okay but some more health around would be good. Including the lightning gun would have been a good choice as well. The Mega Health is placed nicely except it can be hard to reach in a hurry. It is a little too easy to become trapped in the little cage where the Rocket Launch Ammo, Slugs and health can be found. Bot play is generally ok and aggressive. They seem to stay in the Rocket Launcher area.

4 player games are nice, 1 on 1 seems best. Overall good creation and will be fun to play for most Gamers. 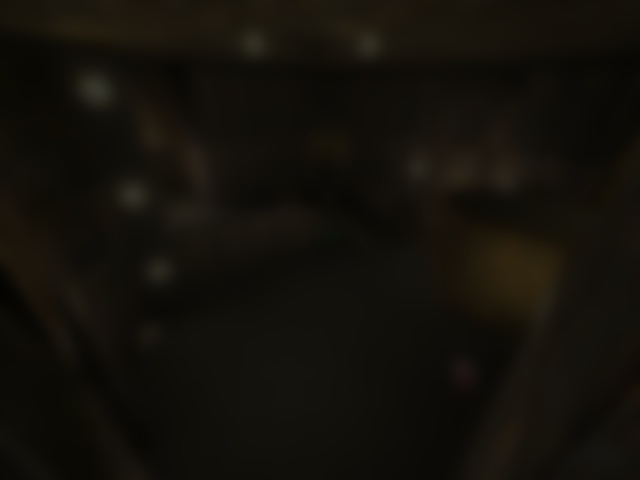