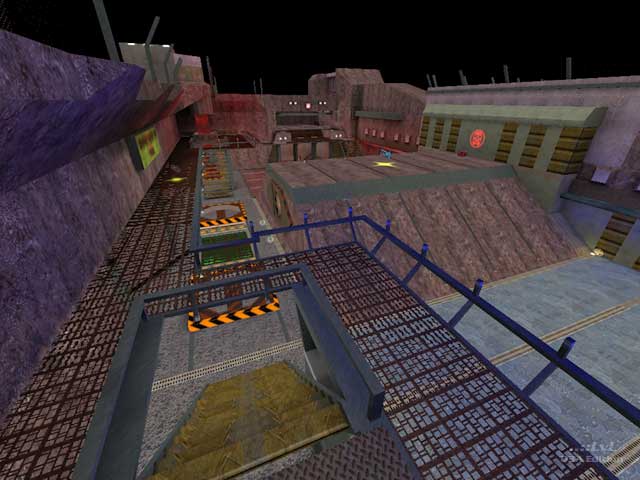 This level is not your standard Team Arena or Q3A CTF map. There is a long trail of mildly poisonous slime in each base, a gate for each base entrance that can only be opened from the inside, and yes, even a Battle Suit for each team. Appearance wise, the map is almost downright ugly but the lighting is good enough to keep each team honest. The connectivity is awkward because of the one-way gates, slime, stairs and the narrow bouncepad tunnels. A Rocket Launcher and Quad Damage have wisely been placed in the center of the map but the Battle Suit is a concern because flag runners with the suit are nearly indestructible when they are not at risk of taking rails. Granted, the protection sound that the Battle Suit emits in the slime does provide teams some warning of a player attacking the flag but Haste would be a more appropriate all-around power up. The rest of the items are distributed okay and the bots do a good job of using the upper portions of the level.

It is an interesting CTF level and is worth a look unless you are the serious type of player. 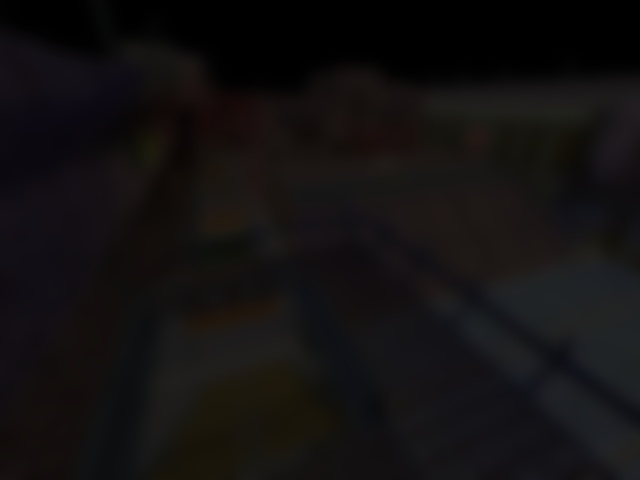