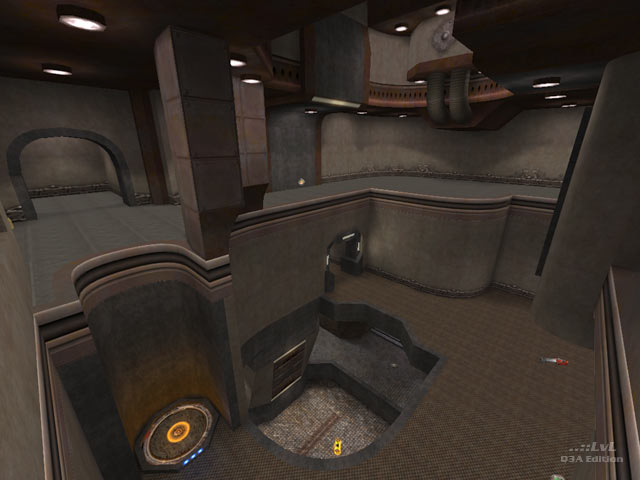 We have a large tourney map with simple but good texturing and lighting. The scaling feels a bit large but there is enough cover to prevent the Railgun from controlling the map. The two yellow armours have 35 second respawns and the Megahealth has a 90 second respawn. One yellow armour is placed very closely to the Megahealth but the rare Megahealth respawn limits the side effects of this irregularity. Reaching the Megahealth requires a frame-based jump or a very difficult drop, so use enhanced physics. The author has wisely refrained from using a slug clip but the two shell clips and one of the grenade clips are also unnecessary. The relatively limited health and armour items and the danger associated with getting them will enable talented players to sit back and prey on those who rely more on strategy. The bots are fun to beat on.

There probably isn't enough bang in the defensive items when you put in smart players with good aim but the level is an overall good creation for most gamers. 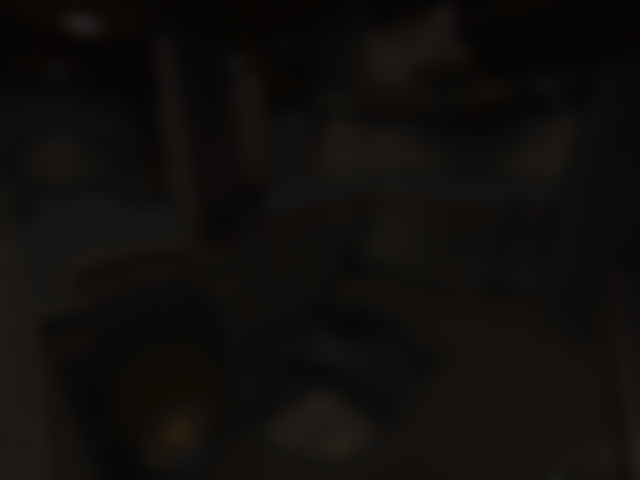