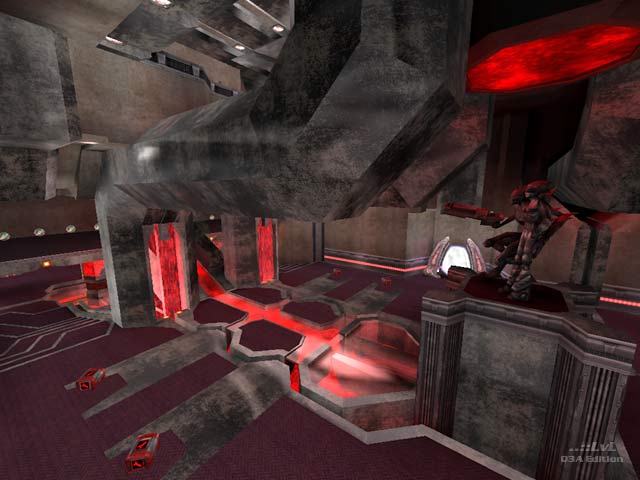 Get the Battle Suit to get the BFG, and use the generators to get Rocket Launchers. When you consider the various rocket launching triggers in the map, you would suggest we have another novelty map on our hands. In fact, it is a novelty, but the placement of the Quad Damage and Red Armour do make the game play a little better. Visually, you have a couple statues and a few new textures, but the appearance is mostly run of the mill; the arena is not particularly beautiful, but there are props that give the level its spirit. The game play is not too bad in Team DM because the bots gather around the correct area, but you will probably toss away this level after some number of games.

If you are one of the players stuck using the machine gun most of the time in Team Deathmatch, this level can be a bit of a relief. However, the ease in controlling the Rocket Launcher room will eventually turn you off.

A very nice looking map, with a whole lot of shiny and a whole lot of red. Using some of Evillair's textures along with some of IMMORTAL's own, this map has a really great feel to it. Several rocket shooters are utilized throughout the level, and add some interesting game play elements in the middle-ground, where you can get the two shooters activating each other, in an almost endless loop. The map also has a BFG, which is a little tricky to find the first time around, and still out of the way after you've found it. With the large battle areas, it's not a play balance killer, since you can rail the victim from a distance and sidestep his BFG blast with little difficulty. Item placement felt great, maybe a little heavy in some areas though. Unfortunately, all the eye candy may produce slowdowns on lower end systems.

A fun level, that is worth the download if you've got a machine powerful enough to handle it. 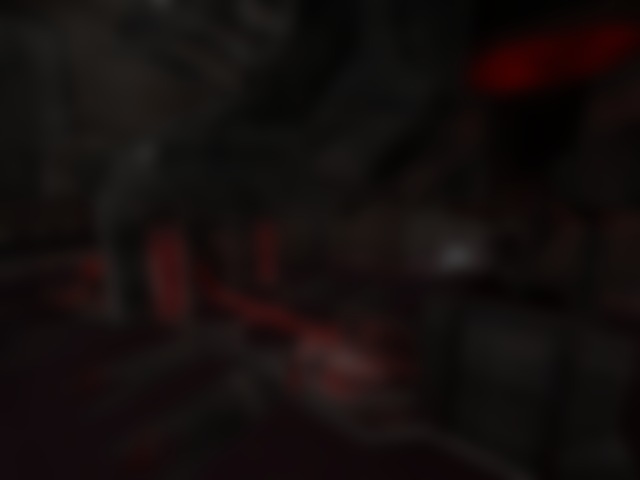