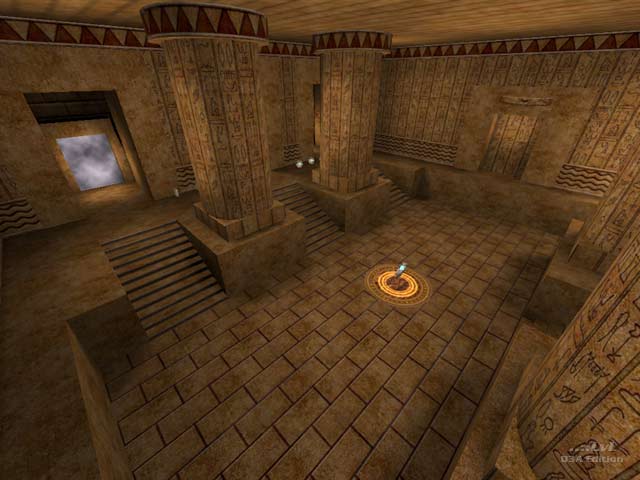 An Egyptian tomb theme, using the textures made by Mr.CleaN, but with some added blue trim borders which make it look a bit tacky. That aside, the textures are put to good use, especially the hieroglyphics which underscore the tomb feel. Not sure about the strange shrub-like models/textures which appeared randomly around the map.

The layout of the map tends towards the small and cramped, which is appropriate for the Egyptian tomb theme, but isn't my preferred game play style. The layout needs reworking, all of the action with bots takes place in one of the central rooms containing a rocket launcher. On a LAN or multiplayer it might be better, but I suspect the action would still be limited to the 3 or 4 larger rooms.

Worth a look, but not a keeper. 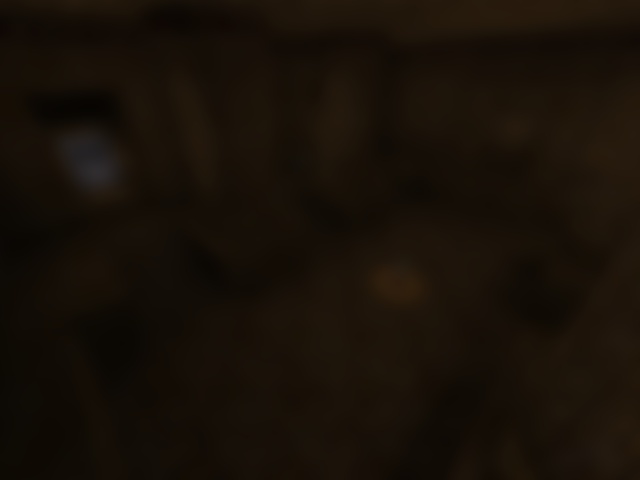