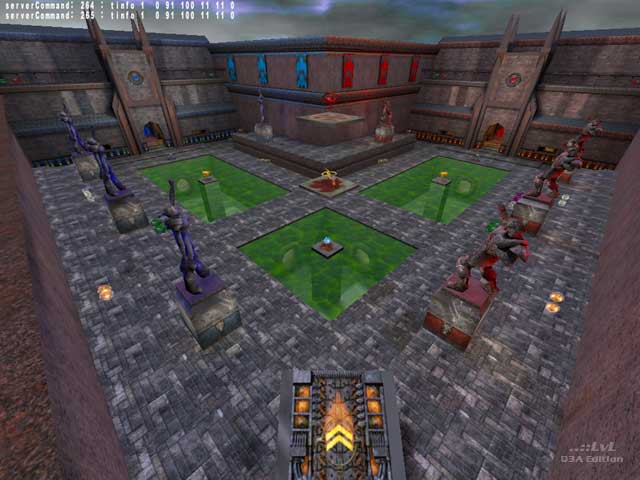 A Team Arena level that features two strongholds joined by an L shaped, pond filled plaza, overlooked by statue-lined promenades. The map is beautifully lit, but not good enough to outweigh the bad game play.

Weapon placement makes the player move about the map. But each weapon, except for the rocket launcher, has two ammo boxes right next to its weapons respawn. This promotes a grab and camp mentality. The ponds that cover the plaza are filled with deadly acid that render the tunnels almost useless. This leaves each flag room with one easy to defend entrance.

The level features all modes of play, but each has its own problems. Both The Harvester, and Single Flag CTF are poised on a too small platform over a toxic pond that is reachable by a jump pad that requires air control. Skulls popping out of the Harvester are frequently seen falling into the toxic goo. CTF and Overload play is stopped cold by camping in the single entrance and fragging players as they round the corner.

Bots play the level fine and with aggression. They move about the map with no problems.

Pretty eye candy, but it will not stay on your hard drive long. 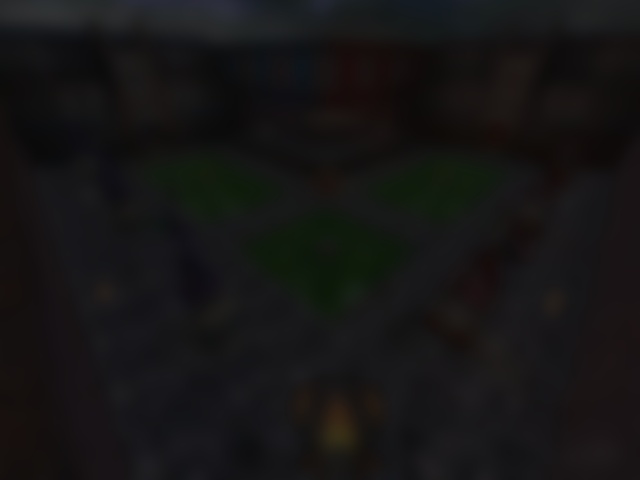