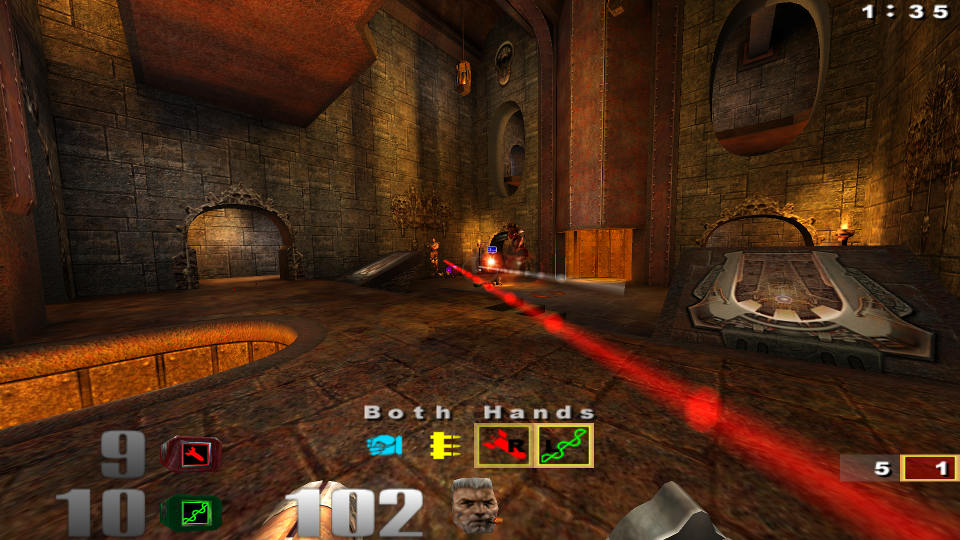 Have you ever asked yourself, "you know, holding and firing one weapon is cool and all, but I've got two hands so why can't I hold and fire two weapons instead?" Then Akimbo is just what the doctor ordered. It's a mod with a simple concept, but one that actually ends up adding a surprising amount of depth.

Weapon selection mechanics, something that usually isn't given much thought, will need a bit of additional analysis to get the most out of Akimbo gameplay. By default, your weapon switch mode is "Both Weapons", meaning that if you switch weapons via the next / previous weapon binds, both your primary and secondary weapons will switch together. This behavior can be changed using another command (+button6), which changes which hands will switch when moving to the next or previous weapon, in the order of "Both Hands -> Left Hand Only -> Right Hand Only -> Both Hands" (and repeat).

There are some more advanced bindings (which are console-only, and not in the controls UI) besides the two main ones mentioned earlier that let you bind to both specific weapons and hands, and weapon cycling for specific hands that ignores the current hand mode set by the +button6 command.

Weapons can, of course, also be switched to directly, though the mechanics behind it are admittedly rather confusing and it took me a little bit to really grasp. From what I've observed, the first weapon that gets switched directly is the primary one, and if you choose another weapon while the weapon selection HUD is still displayed, then your secondary weapon will switch to whatever you chose then while leaving your first weapon unchanged. Therefore, if you want to change both of your weapons then you'll need to do it fairly quickly - but since that's what most players will tend to do anyway, it ends up being fairly natural and you won't end up over-thinking things.

Speaking of the HUD, the weapon selection bar also denotes which weapons are held in which hand with black letters "L" and "R". Furthermore, there are now two ammo counters - the bottom one is for your primary weapon, while the top one corresponds to your secondary weapon.

If you've played CPMA then you are likely familiar with its fast weapon switching and the slick combos it lets you pull off - Akimbo enables you to do just that, and more, and with more control over the timing of your weapons. The most straightforward option is to use two copies of the same weapon simultaneously, effectively doubling your damage output, albeit with the downside of draining your ammo twice as fast. However, the real Akimbo experience shines through when utilizing combinations of different weapons in tandem to execute flashy, tactical manoeuvres that catch your opponent by surprise. For example, you can deliver a beating with a well-placed rocket, then instantly finish your opponent off with a shotgun blast. Or you can fire a railgun shot, then while waiting for that to reload, use your other weapon to deliver the final blow. There are so many possibilities with Akimbo and learning how to effectively utilize the numerous combos will turn you into an unstoppable force.

Besides dual-wielding weapons, Akimbo includes a few server customization options. These include changing weapon respawn times, percentage of default damage to inflict, disabling the BFG, and perhaps most notably a "More Ammo" setting that, as the name implies, gives you more ammo from ammo boxes, which can be useful for players using two of the same weapon frequently, to compensate for the increased ammo expenditure.

Bots are also supported in Akimbo, though from what I've seen they seem to have a tendency to favor dual-wielding two of the same weapon (likely because of the bot weapon preferences), although they are capable of using different ones as well.

One flaw with the mod, albeit a minor visual one - the player models don't actually look like they're holding two weapons, only the primary one, so the secondary one will always be hidden. Granted, that fact can lead to some interesting gameplay due to not knowing what your opponent is holding in their right hand, and I can totally understand that it'd be a lot of work to rig the models to actually dual-wield, so I can't really fault the mod creator for this decision. Also, for whatever reason, the animation on the secondary weapon looks kind of choppy compared to the primary, but this is easy to look over.

If you're the kind of person who follows the mantra of "two is better than one", then Akimbo is right up your alley. 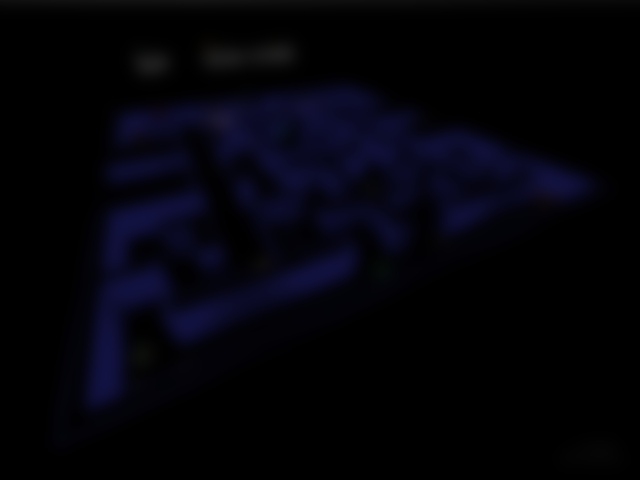