Kyall Rep. 212
#20   10 Dec 2011
Haha this map is heaps fun on Excessive Plus with real people. Fighting bots on it is pretty fun too. I like maps when you are in a city, there are good hiding places. 9/10
Agree (0) or Disagree (0)
Dutch unregistered
#19   25 Mar 2000
The missing textures (my biggest pet peev)really bothered me. Also the sniper advantage weighs too heavy.
Agree (0) or Disagree (0)
[NRD]10sun unregistered
#18   28 Feb 2000
Kudos to you Jon. This map is a keeper. I must say that the lighting could be worked on and that you shouldn't be able to rocket jump out of the level(there is a secret area that is fun to hide in lol), but I love this map and all of my friends do. It is a bit unfair when two good railers get up top and cooperate, but it sure was fun to do =).
Agree (0) or Disagree (0)
Nurgle unregistered
#17   24 Feb 2000
Sorry this is the thing I don't want to see in quake arena

It's not that bad but boring

I've seen a conversion once of the classic quake map e1m4, called q2e1m4 and it was THE worst thing I've ever seen! Just used a program to convert everything and btw cyborgs in a medieval cave;....???????

I hope people understand what I'm trying to say. NOT to stick to a certain type of map, cause originality is very important. Guess I'm just more into the Gothic style quake3 maps.

OK so looks aren't everything, but hell they are very important!

Agree (0) or Disagree (0)
Grunt unregistered
#16   23 Feb 2000
I was on a LAN for a couple of weeks ago, then we played this map to SIN. It totally rocked. I just wanted to say that the original was better. It feels a little weird to play this map, maybe because the original was to SIN, dunno. I played this map for a while and didn't get the same feeling. It felt better with a sniper than a railgun. My suggestion is to remake this level, make it different at the most importnant part of all, make it bigger. It's really small (know the original is it too) That's why I'm looking for something new. Btw, sin mod? When will it be released and is it going to be just like sin or with some adds? Just wonna know. Anyway, this is a good map just follow the things I said it's gonna be even better. Cya!

I played it with some of my friends 2 hours straight..its a 10 in my book

Maybe a bigger version would be much more fun. The whole concept of buildings etc. rox!

nice remake of the map by sin, just the lighting
needs to be done in some spots but other than
that your map is a great conversion! i like how
you imported a dead game ;) into the quake 3
arena engine. tight man, keep the good work
coming!

I would love to see *SOMEBODY* use this as inspiration for a map. (maybe I will after I'm done with my current map).

As it stands, this conversion is a wee-bit too sloppy to last too long on my HD.

Agree (0) or Disagree (0)
Slowtreme unregistered
#10   07 Feb 2000
Just a poor conversion. Map converter anyone? Hell the crane texture isn't even transparent, like it should have been, and that's built into the shader!

Jon, go back and finish the map. Resize the level for the Q3A player size. Lower the sunlight value, and include all the textures required. Then have someone other than you playtest it and try to make the weapons balanced.

I play on maps. I imagine that most of your audience is comprised of people who PLAY. Playing experience is thus possibly more valuable to a map builder than building experience. If you don't value the input of map players as much as that of builders, then who are you making the maps for?

Just because I have never built a car doesn't mean I cannot tell the difference between a shitty one and a good one, as Grom points out with another analogy.

What does hearing about me "before" have to do with anything?

Is it necessary to have made a film to be a film critic?

The lighting doesn't complement the structure at all. The building textures are pretty weak (the ones that actually had textures). Bots play like retards.

As far as gameplay is concerned, there should be less powerups, and a complementary rail gun on the ground level. This level is not really worth the download at all.

OR DOOMM13 THEN GRAB THIS ONE. 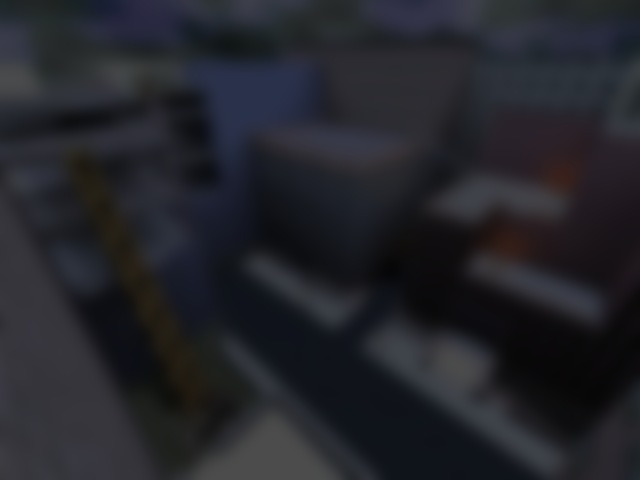