raspatan Rep. 2914
#29   08 Oct 2020
Small and simple. I love the fact that the weapon selection is quite limited (RL, RG and SG), and that the MH requires a rocketjump. It gives the map a great deal of strategy. It can lead to some defensive camping though.
Agree (2) or Disagree (0)

HelterSkeleton Rep. 4261
#27   26 Jul 2008
I was wondering why this map was in my favourites but i never played it so i pulled it out again. It really is all about control of the top level and poor overall item placement. Firstly there is no armour on the bottom level for the down player. There is a MH but it will seldom get used. If your patrolling the top of the map its just not worth leaving your post for given you have ya, armour shards and green health ball close to hand. MH is only easily reachable by rocket jumping below it - and if your the down player with no armour this is a risky proposition. Sure it is possible to take the top player out but your faced with an uphill battle. Firstly the rail gun is not exposed and this area offers protection for the top player. There are opportunities to take the top player out along the exposed area of the gangway but lets face it if you go for the shotgun down below you're going to be railed at that point. You can try the RL but both the RL and its ammoclip on the other side are exposed to the railer. The railer can also drop down to grab either of these items for back up with easy access to the top again with a bouncepad. A shotgun is not going to win against a railer with ya and cover and neither is the RL when the railer can easily see and dodge your attacks and if the railer doesnt get you on the way to the bouncepads or SG/RL they'll take you out by the time you hit the top. At best you could lie in wait and hope the railer loses patience and comes down. Then you could ambush them or sneak back up to the rail gun but this feels just a little too tedious. You could force an error from a sustained and heavy attack but lets face it - the top player has total control over the map and you will be hard pressed to get the firepower to start this attack in the first place. Once someone has set up control up top its pretty much game over.

I have played many custom maps, but none have even compared to the playability of this map.

This is the best tourney map you can find - even better than the id ones. I can't believe how fun this map is!

It even works extremely major bloody well for deathmatch!

if you don't have it, you shouldn't be playing Q3A.

Sorry for my bad english!

Charon's style hasn't really appealed to me, and I thought his last map was much better. too bad, I really enjoy seeing others use these textures.

I haven't had the opportunity to play with anything other than bots, so I can't comment on the layout, but the aesethics are good (once I turned the contrast down on my monitor).

what a kick ass tourney LvL this is :-)

Agree (0) or Disagree (0)
nitin unregistered
#9   11 Jan 2001
nice map, bu the lighting doesnt suit the textures. Needed to have a more grittier feel for the textures to have full effect IMO instead of the bland bright lighting currently used.

And although the RG is an issue, 2 skilled players can still play pretty well on this map.

Agree (0) or Disagree (0)
nitin unregistered
#8   11 Jan 2001
nice map, bu the lighting doesnt suit the textures. Needed to have a more grittier feel for the textures to have full effect IMO instead of the bland bright lighting currently used.

And although the RG is an issue, 2 skilled players can still play pretty well on this map.

Agree (0) or Disagree (0)
Dagwit unregistered
#7   11 Jan 2001
I enjoyed this level - it got more than its fair share of play - and what's more it looks great, except . . . after a short while I began to get the sense that I was playing in a pop-up book. There's just too much too deep 3D trompe l'oeil in the textures, and you spend a lot of time looking at them side on, and the illusion just breaks down and the walls flatten out.

Anyone else noticed this effect?

Agree (0) or Disagree (0)
waY2Kool unregistered
#6   11 Jan 2001
the railgun owns the upper part of the map?! you dudes need to go practice. i play 1 on 1 with my bud on this map...when either guy gets the RG and sits up there the other guy...well, the other guy kicks his freakin ass. grab the rocket launcher and think - then attack. it's not hard...i know you can do it!

great 2 or 3 player map. charon can do no wrong.

Agree (0) or Disagree (0)
Interceptor unregistered
#5   11 Jan 2001
To Tigger-oN: Yes, I know about the url thnig, but I just wrote the name of the site, much like I would write PlanetQuake when referring to PQ. Thanks anyhow for the tip.

About the weapon placement: I've spoken to Charon about this and he pretty much agreed with the points I made regarding the railgun placement, so I don't think I'm way off target...

i found myself with the rail gun and no life pleanty of times..

and not going for the mega health alot.. thats great.. i also like how you made the fall from the mega.. to hurt you

unless you got some skill and can jump to the shotty plattform.

i also like the toughness of rocketjumping from the bottom floor to the to floor. i think the only way is to double jump then rocket jump on the secon d jump . . anyway..

one of my favs. already.. dont know why people are complainin bout the item placement .. though on a one v 1 rail owns.. still mad fun though.. bots wont rocket jump to the mega though.. is that a prob.. not really. but i there is some way to make them rocket jump.. anyway you prob. been tryin that..

this makes for great human battles . . one on one rail owns..ffa i dont know yet..

Agree (0) or Disagree (0)
J35us*PhrE3k unregistered
#3   11 Jan 2001
I love this map, I picked up when Charon released it and have been playing it ever since. I can see the point about the weapon balance but ....honestly it never takes away from the fun of the map.

The layout is great for small ffa keeping the action consistent.....and the custom textures.....:) what can I say! get the map it is a blast

Charon is a featured mapper at the D3adLands custom server, I'm running this map as well as charon3dm2 if your interested in playing this map D3adLands is at

was that a shameless plug....I didnt mean it to be, lol

Agree (0) or Disagree (0)
Tigger-oN unregistered
#2   11 Jan 2001
I found the resticted weapons pretty interesting and yes the Railgun can own the upper part of the map (esp. with the distance from one side to another). In a 3 player DM this is less of an issue. Often the two players not dominating the upper floor will gang up on the Rail camper in their attempts to control the level.

Interceptor: try posting the full URL next time. A link will be made automaticly and people will be able to click on it. 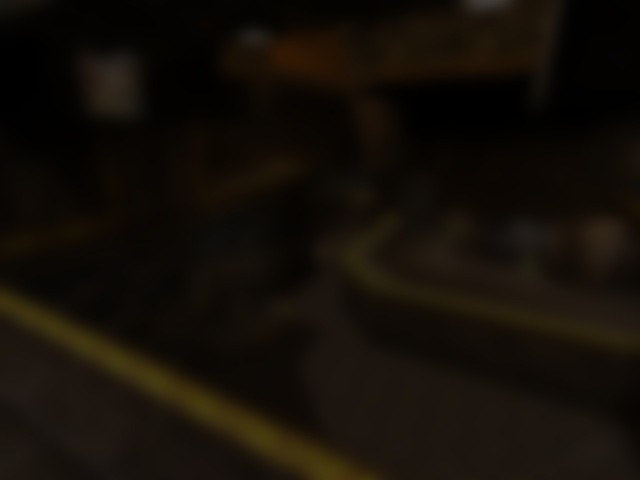