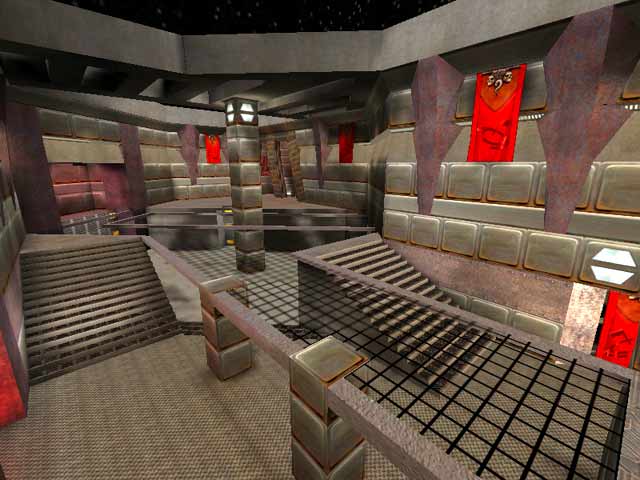 Publius Rep. 15
#20   05 Jan 2022
o hai. author here. Couple things. First, one of the design goals of the map was to surpass the pacing and complexity of movement that existed with offhand grapples — in Expert Quake, at least — without any grappling hook at all. So rather than covering a lot of ground with a grapple, make an extremely high-density map with extremely high interconnectedness. (Exhibit A: the six staircases in the LvL screenshot alone, plus two more and a jumppad just out of view.) Unfortunately, both the flatness and the potential for orientation confusion were a pretty direct result. (It also didn't help that I gave up on a second base wing design and just made the wings symmetric.)

Second: I WUZ ROBBED, MAN! The entire map was designed with thru-floor splash damage in mind. See all that black wire texturing? I was trying to telegraph, "hey, you can shoot at the bottom of this and the people walking on it will get hurt". When id killed that off in.. what? 1.18? it completely wiped out much of the nuance of running through the lower levels. I highly encourage playing this with server_thrufloors 1 in OSP (or, heaven forbid, vanilla 1.17) if anybody ever gets the opportunity.

HelterSkeleton Rep. 5311
#19   10 Mar 2021
I'm glad Raspatan pointed out the flatness of the gameplay. I also think this is the exemplar, of what was to become the very popular crossings layout which all followed the basic figure 8 level format. What I find frustrating about the crossings format is that you can often find yourself quickly heading back in the direction you just came. This can be slightly less frustrating when the grapple hook is in play and you can cover large stretches quickly. Although I've only recently started dabbling in alliance, some of the most exciting and fun maps are the flatter ones, where plenty of opportunity exists to target an opponent and then finish them off with the saw blade.
Edited 50 seconds after the original posting.
Agree (2) or Disagree (0)

Anyway, like you said, good map... and different, too. 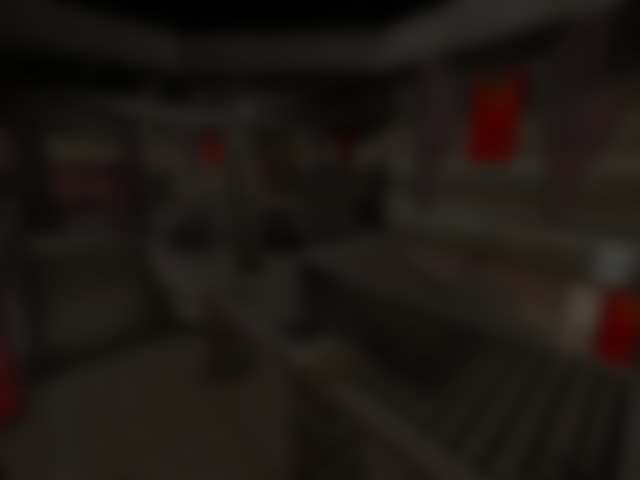