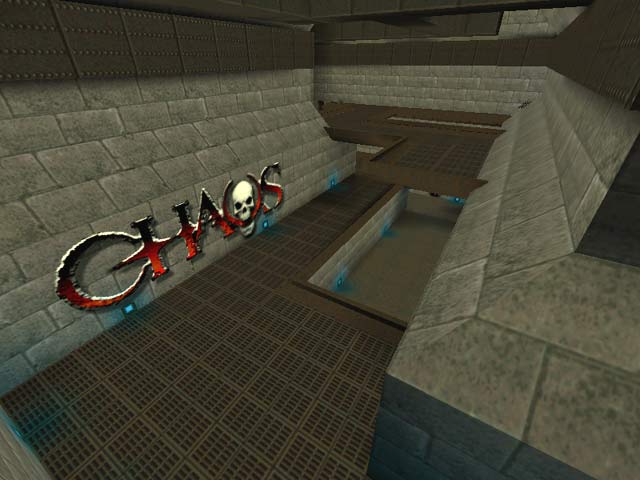 or were u going for retro?

BFG 10 is also in Q2 version, so it had to be in conversion, but not easyly accessible...

Today, I posted a new rev. of this map with lights optimization and miscmodels clipping.

It seems you never really know what yer typing until you hit the fuckin SUBMIT button.

Anyway, just to pull my foot out of my mouth, I DO play and like this map with my mates. I didn't mean for it to sound like I was slaggin yer map while pimpin "Satan's Playground". That wasn't my intention. I was simply making a direct comparison...like blondes and redheads.

By the way Clandestine, if yer baseq3 folder has a number of maps that AREN'T divisible by four, then some maps won't show up. I guarantee if you move some maps out of the baseq3 folder to get that nice even number, it'll show up in the skirmish menu.

Agree (0) or Disagree (0)
GONNAKILLYA! unregistered
#2   03 Oct 2000
I have to say that I've always liked the layout of this map but....I prefer "Satan's PlayGround" to this map. Both are conversions and have the same basic layout but Satan's Playground seems faster and more connected for some reason.

I didn't like the fact that unless you went thru the center of each door, you'd get hung up on those dealys stickin thru the floor. Satan' Playground doesn't have any doors so it feels more open. Also, as soon as I got the BFG, there was no reason for me to move...I had a great shot at the RL spawn and most of the area below.

Sorry but this map has already been done for Quake III and has been done better. Satan's Playground just feels more finished and polished.

Agree (0) or Disagree (0)
Clandestine unregistered
#1   20 Sep 2000
i was quite pleased to see one of my favorite Chaos maps converted to q3 (even un-officially), and overall it turned out well - but there are several details i would have done differently. some of them are important enough that i believe the map skipped going through the beta section...

-although i could find nothing wrong w/the .arena file, it did not appear in the skirmish menu for me.

-the BFG was placed in a location that originally did not have a weapon (making it inaccurate), however i believe this was done to make the weapon less accessable (no turrets to ward enemies from camping it). i can't blame the author for that too much, but if he was going to tweak the item placement why not loose some of the ammo packs since there was an excessive amount of them to begin with? i would have instead adjusted the BFG respawn time to a minute.

-a medkit was added when the map originally had no medkit, nor was there another item in it's place previously.

-why the hell didn't the quad rotate to a grappling hook? (i'm guessing the author doesn't like grapples.)

-the lamp models were not clipped (YUK).

-the teleporter did not have any sort of animation to indicate it was there... it just made it seem like something was missing.

-the lift would not trigger until i took about two steps on it, making it (at first) frustrating to get 'the secret.'

as far as items go, a mapper has two choices: make it as accurate as humanly possible (considering the difference in weapons/items), or use judgement and interpret how the item placement would best convert from q2/chaos to q3a. the author chose to primarily keep it accurate, but i don't much agree for the changes he did make. a great conversion neverthleless. texturing was perfect, and the architecture seemed dead-on. i always enjoyed jailhouse frag for it's fast gameplay and ingenious flow. due to the excessive amounts of ammo however, it's best played cramming as many players in the map as possible. one of those 'fun' maps for racking up frags, not serious gameplay or competition.

i was very happy to see this map carry over to q3. 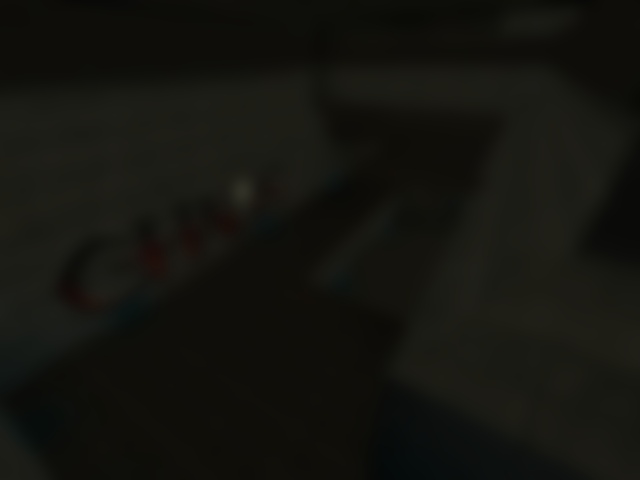