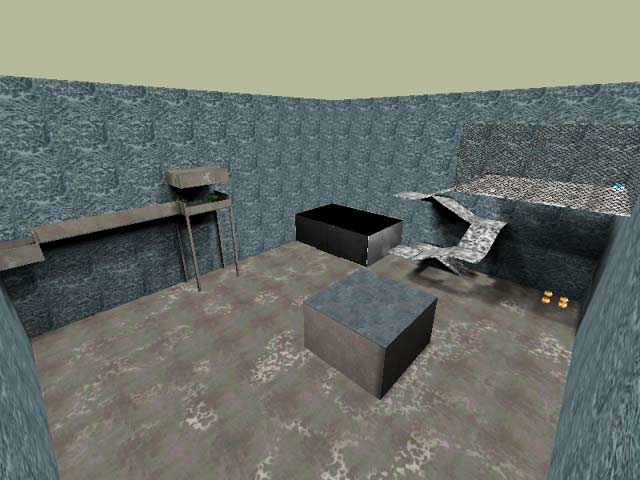 Agree (1) or Disagree (0)
QuaD unregistered
#28   31 Jul 2006
i dont get why everyone hates it, sure you wouldnt use this as a serious map for 1v1 or ffa but its fun to just muck around in, i allmost died of laughter when i walked outside intospace and started getting hurt due to lack of air, and falling from the top of the level to the bottom how the sky changes was something i havent seen in a map before, personally i think this map has got some rather original qualitys about it
Agree (1) or Disagree (0)

your wrong my very first level was like this but had doors and jumps and pits which this was all one room!

your wrong my very first level was like this but had doors and jumps and pits which this was all one room!

its shit all the way

0 for this piece of shit

I think that Kasper and other map makers have learned from this map submission and the comments made about it.

Kasper I think you have some new info that will make your next map better. I'm sure I still have, kicking around my harddrive, some early maps by what are now some of the top map makers. They are brutally ugly, but I can keep them from the public eye, for a small fee. I hope one day to extort money from you for this map. :)

Agree (0) or Disagree (0)
Ken unregistered
#12   09 Sep 2000
Well ... uh ... there were 2 good features about this map, in that they gave me ideas for future maps. The 1st was the use of fog to hide one area of the map from another area. The only other place I've seen this is in Q3Tourney5, but this is a different approach. The 2nd was the semi-transparent walls and doors that made a sort of maze. I had wanted to do a fun-house mirror maze, until I realized the limitations of mirrors in Q3. This could be a reasonable alternative.

Regarding the sliding door to the rocket-launcher room, read the Q3Radiant documentation about texture z-fighting.

Kasper, my initial impression of this level was very bad, but after I explored it a while I saw it did have its merits. Read the Q3Radiant documentation, analyze some levels that got good reviews, and try making another level.

I will give it a two.

The author at least had the guts to make a map of this - ahem! - caliber and present it to the public.

Even though this is a forum for your average joemapper to present his wares, I agree with some people that this map really shouldn't be here... . However, I completely understand Tigger-oN's stance in that every map will be reviewed, regardless of quality - as long as it's a functioning map.

Sorry kasper, IMHO I think you should have developed this one far beyond it's current state before releasing it for public consumption.

Judging from the quality of MOST maps on this site, and the build state/quality of maps on the beta section (everyone here knows that bad maps get beaten up by reviewers) you should have known this map would have been torn to shreds by the public.

Sorry dude but I hope all this shit being flung yer way will give you the insight you'll need to become a better mapper.

Agree (0) or Disagree (0)
doink unregistered
#10   08 Sep 2000
Oh boy,how did this map get here?I just downloaded it and was stunned at the complete lack of structure in this map.There are so many issues that make this a bad map I wont spend my time listing them..Oh,I am sorry I missed the BFG icon in the startup menu before I played or it would have been deleted on the spot...a complete mess of a map :-)
Agree (0) or Disagree (0)
^^Ch@os^^ unregistered
#9   08 Sep 2000
I'm not saying that only the "best" maps need to be posted. Or that bad maps shouldnt be. But if the only comments about the map is that it's the "First Attempt" and "not worth downloading", then why waste the space?

I agree that people need to get feedback on thier maps. There are at least a dozen forums I could direct these people too in order to get that feedback. I don't think a map review site is a place to show a persons first attempt at mapping if that first attempt is as poor quality as this or others like it.

At least show us maps that are downloadable. Mapping forums should be the place a newbie looks for feedback, not here.

You don't have to tell me how hard it is to map. I've done my fair share. I have not submitted them to any review sites because I'm my own worst critic, and don't feel any are ready for prime time yet, but my efforts far exceed this one.

Agree (0) or Disagree (0)
Dissector unregistered
#8   08 Sep 2000
Map making is a really hard job. Everyone begins at one time and has to learn more. Well, this may not be a very nice nice map, maybe it is shit, but who of you top map makers began at level 1?
Agree (0) or Disagree (0)
Tigger-oN unregistered
#7   08 Sep 2000
Mandog and I will review all submittied maps that are not leaked, come in a pk3 (with the correct folder structure) and do NOT crash my pc :]

We want to give everyone a chance (even if some maps should have stayed as a beta), unlike some map review sites.

Agree (0) or Disagree (0)
Martin Stevonka-macho unregistered
#6   08 Sep 2000
Well, I have to agree with Terrynator. Map making is really hard work consuming lot of time,hairs... So each map author has the right to post his map. If he gets bad reviews he can learn what was done wrong...and try to make it better next time. (This map is....no comment, but which really first map was excellent?)
Agree (0) or Disagree (0)
Niptlar unregistered
#5   07 Sep 2000
The gameflow is slow, the item placement is pretty awful, and the appearance is very rough. However, I would like to point out that kasper did pick an interesting weapon selection and did an okay job with ammo balance. The RL+LG+RG+PG(+BFG?) combo is neat to see, so I'll give kasper a little bit of credit for trying something neat.
Agree (0) or Disagree (0)
Terrynator unregistered
#4   07 Sep 2000
Ch@os I disagree with you. Posting only the top maps is fine if it is only the users that are interested in seeing them. It is important to post the middle of the crowd maps as well.

Map makers read the reviews and then go in and see what went wrong with a map and what worked well.

No map is all good or all bad when you take a cross section of them. Remember that a great map may not work on all servers. While a lesser map is perfect for the gametype. I run a hook server and some of the top reviewed maps just don't work on it.

Now on really bad maps...Sometimes it's good to get a poke in the eye in order for people to realize just how hard it is to make a map with exacting detail and gameplay. Bad maps shout that out in a very visual way.

My Q2 map TerryHell was turned down by a review site (I won't say which..cough cough on the planet..hint) but to this day that same site runs it on their server. There is a bot route for it and it has had well over 10,000 downloads.

So much for only reviewing the best maps.

Agree (1) or Disagree (0)
^^Ch@os^^ unregistered
#3   07 Sep 2000
Why bother posting this stuff? Seems more like a waste of time and effort then anything else. Why not use more of your resources to put up quality work that people are actually going to check out and may even put in rotation in their servers? At least there is only one of these this time, but it's sad when you upload 5 maps, and 2 or 3 are not worth the time to download.
Agree (0) or Disagree (0)
Mordi unregistered
#2   07 Sep 2000
Hmmmmm, ive made the mistake of downloading this somewhere else last week, safe to say it lasted for 0.5 seconds before it was binned.

verdict? pile of shite anyone? 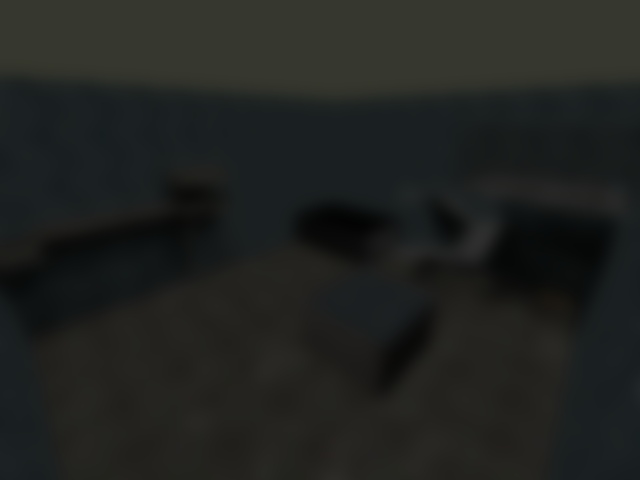