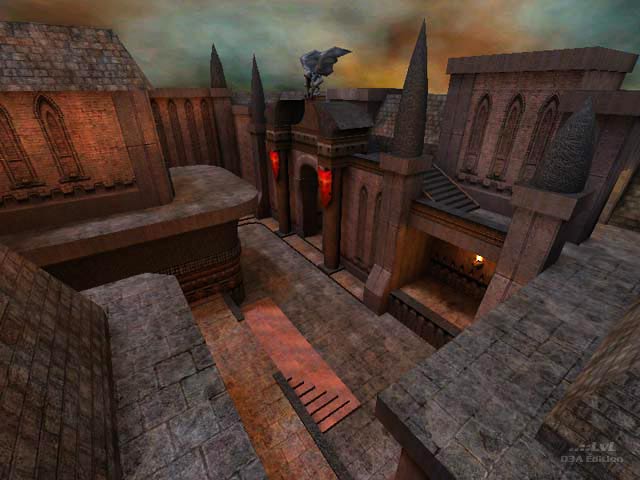 The only drawback is that it wasn't as original as I'd hoped. You could have slipped that level on the original Quake III CD and it would not be out of place. That says a lot for quality but slips on originality.

I know you Sock, you can do it.

p.s. Still not watched the Prisoner vids yet, will do soon :-)

Agree (0) or Disagree (0)
RRROOOAAARRR unregistered
#11   03 Aug 2000
This si a really nice example of Gothicity ( I claim copyright on that word! ) and it plays nice and fast. Bots like it and so do I - especially the RG-friendly rooftop.

Agree (0) or Disagree (0)
Tyre unregistered
#10   03 Aug 2000
Large maps are not my favourite, but this one is really rather better than most. The author's attention to fps rates shows to advantage.

The "large water section" is more like a large puddle section to me. I would have preferred the Quad area to be a little more spacious - I keep banging my head jumping off the platform.

Bots certainly do go for the BFG on occasion.

But what about the name? Is it meant to be ironic? "Ghastly Dungeon of Nasty Things" ... "Horrid Place of Beastliness" ... "Terrible Prebyterian Chapel of Fear" ... and so on.

How about "Harry Potter and the Twisted Palace of Hate"? Should I ask Ms Rowlings?

Agree (0) or Disagree (0)
Wiz unregistered
#9   02 Aug 2000
Too bad Sock, I rather enjoyed the Textures in that map. I found it refreshing, and different then the Quake3 Goth/Tech look. Hope you change your mind. BTW, I use that map for LAN/Multiplayer games with friends all of the time =)
Agree (0) or Disagree (0)
sock unregistered
#8   02 Aug 2000
Thanks for all the support and comments.

I'm surprised the RA location is so popular. It has been mentioned on many occasions but was included more as an after thought. The real reason was for the BFG ammo to be protected.

The BFG is set on a 60s respawn to stop camping so I think it is balanced enough. The bots only really go for it when they are on a high skill lvl or have the correct weapon weights to lust after it. The only two which showed up in testing was Slash & Xaero.

I originally was going to put the RG up high but really wanted everybody to have a go with the weapon so stuck it low. The roof section is littered with RG ammo so you should be able to survive. Plus it gives the mentally challenged bots a chance to find the weapon.

Originality ... ummm, at the time of creating the map I could not find many maps which had extensive roof layouts, large water sections and was set in a cathedral complex layout ... but that was two months ago. ;-)

My other beta map unfortunately will be staying beta due to texture issues. People either like it or hate it and I'm in two minds about it myself so will leave it on the shelf.

Agree (0) or Disagree (0)
Jimbo unregistered
#7   02 Aug 2000
A really fun map to play. I especially enjoy playing in team mode. It's a fairly large map, with a great gloomy gothic ambiance. The bots like it as well. They play just fine.

I love the red pit, the bfg location ( I have yet to see a bot find it though ...) and the invisibility location. The small rooftop area is a nice sweet place to rail some slackers.

This map's in my top 5 these days.

It's a great map, but unfortunatly , there are a few similar maps to this one, this is just better put together. Still it lacks a bit of originality, thus preventing it from a 10 in my opinion.

Hey Sock, what about your other Beta map, forget the name, but used the Heretic II textures. That's one you must finish. That's actually one of my fav maps BTW.

I love it, the flow of the map is great, you are never far from a decent weapon and the tightness of the map makes for some great firefights.

Agree (0) or Disagree (0)
s{XPK}lo-ping unregistered
#1   01 Aug 2000
nice map, real solid the rooftop action, although the inclusion of the RG somewere up top would have been a better place than in the corrider that it is currently in. That would encourage a little more vetical action.

i love the placement of the RA under the jump-pad by the red-fog pit, ...a risky move to get, you really have to have your timing down before you make the leap to it..

lot's of places to rocket jump to as well...always a good thing 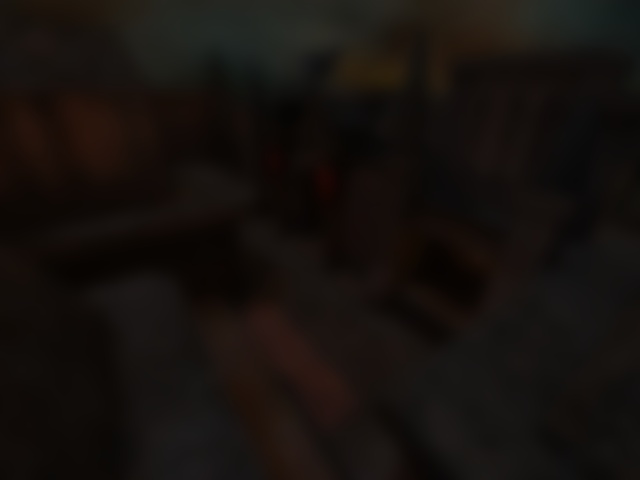