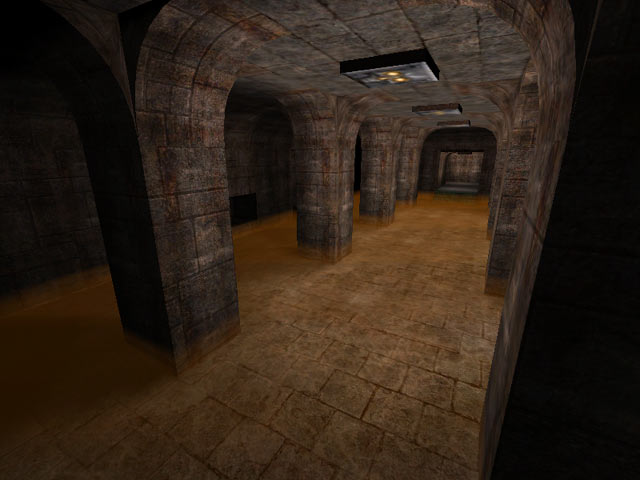 HelterSkeleton Rep. 5648
#9   13 Jul 2019
for a corridor map this aint too bad. I like the basic idea of having the main items laid out along the perimeter l-shape and the interconnecting corridors allowing you to slip in and out of this arrangement. what would have helped realise this idea more fully is to have some 50h in these connecting corridors in the niches so they are worth grabbing and the pg to allow players to retreat and regroup here. then have the easily accessible health 25s and perhaps with less of them (e.g. 1 at each end where the quad spawns). also because of the nature of the corridors the ceiling fixtures should have been inset into the ceiling so you don't get caught on them. that way when you take a hit mid jump you have the chance to get a speed boost out of the corridor.
Agree (1) or Disagree (0)

FragTastic Rep. 2249
#8   10 Jul 2012
The map has a very spooky environment to it making it very tense to play. In Gameplay, bots play well and not that laggy but when they pop up from the pillars, they creep the heck out of me I start having these mini attacks when they pop out. 8.5/10.
Agree (0) or Disagree (0)

KommissarReb (SW12) Rep. 2210
#7   09 Jul 2012
Try playing this map in SuperHeroes Arena 3 and add one bot (Haunter) and make sure they are the Jubilee class. You will get a cool experience in this place like you are being attacked by a ghost!
Agree (0) or Disagree (0)

Did you realise that Pfhorslayer makes all of his maps using Q3ERadiant under emulation on a PowerMac G4?

Ever tried using Windows under emulation?

And even with this technological hurdle to overcome he STILL produces an extremely playable map.

Reminds me of Doom.

And you just can't beat those long corridor rail-shots.

this map is also on my HD for a looooong time [longer then those 'o's].i wish like alot of maps that the "features" were optimized to make a even greater level. how? well this level is totally HoRizoNtal.

bot play wasnt bad at all at times they roam certain areas more. shame i didnt like the authors other maps Much.

OK, so the architecture is dull, the map is totally horizontal, the texturing is monotonous and there are item placement errors. That's the downside.

The upside is that despite all that, this map is really rather fun in a silly sort of way. Fire it up with four or five bots for a quick burst of mayhem. This map has stayed on my drive for a lot longer than several supposedly much better ones.

As for the traps, they both have two triggers, one at each end. So it can be worth waiting at one trigger hoping someone will try to slip in the other door.

Don't skip this one TOO quickly. 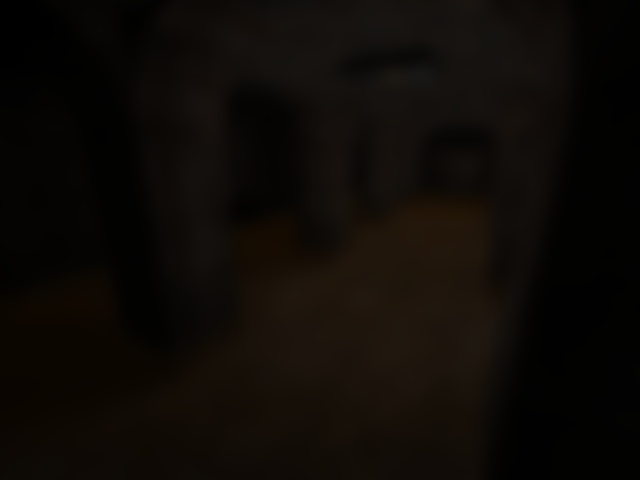