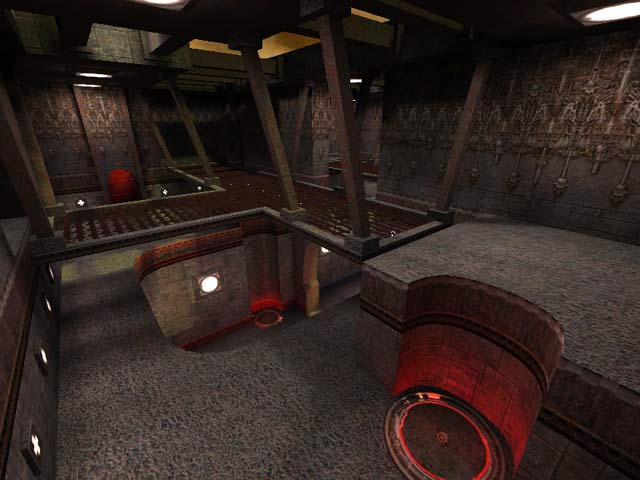 Quakepc.com Rep. 0
#4   11 Sep 2012
I can SWEAR I seen this same MAP under a different name. (At least the photo used above)
Agree (0) or Disagree (0)
Johnny Law unregistered
#3   12 Sep 2000
I downloaded this pack, looked at it once, and then ignored it for a while. The fogginess of the first map just isn't a good thing, and I still think that. Obscuring the gameplay does not make for fun games.

However I've changed my mind about the second map. I didn't think it was too dark, but I did think it was too big/confusing, and too reliant on water. But now that I've gone back and learned the second map, I like it! You don'thaveto spend long amounts of time in the water if you know what you're doing -- it just adds a bit of spice to the game. Placing the haste in one of the waterways, and putting some extra health and armor around the waterways, are good ideas.

The layout is neat. You really do have to spend a few minutes figuring it out, though. For example, the guy who posted below me says that he had a flag-to-flag time of 46 seconds. After learning the map, I can do it in 22 seconds, and that's without rocket jumping or haste.

A big problem with the second map is that the bots are seriously dumb. Sometimes one of them will stand in one place (especially in the center of the map) or bop around in little circles. And, of course, they don't know how to get the suspended quad.

It's a pity, because a 4-on-4 game with bots on pimap2 was actually pretty fun, even with some of the bots just standing around. And more active than you might guess, for a 4-on-4. The map probably plays even better with teams of 5 (or more?) although I haven't tried that yet.

Unfortunately, this is really too complicated to be thrown at people for LAN play, botplay is flawed, and most CTF maps (especially complex ones) will never catch on for online play. FooL is correct in that a truly "great map" would manage to have a nifty layout while still making it mostly intuitive. Still though the author made an interesting map here, so kudos for that. :-)

Agree (1) or Disagree (0)
FooL unregistered
#2   18 Jul 2000
On the small one. The red fog was a little confusing at first. Do I go in here and die? But you figure it out after about 30 seconds. The Big one....all I can say is if you have a LAN party and have been having trouble fitting all of the people in one room....this level is for you. Fastest route from flag to flag I could find, (without any players on the map) was a 46 second jog. That's pretty big by CTF standards. I also got a little framy on the big map. Especially on the ledge overlooking the Mega Health. I do have to commend the authors strategic thinking. Multiple routes and intersection points. Marvelous. However, the down side to this is that IMHO it wasn't pulled off as nicely as could have been. In most great CTF maps it will have the aforementioned quality AND be somewhat intuitive in it's flow from room to room. i.e. a person with a normal sense of direction will know where to go just from looking at the surroundings. Not so with these maps. They require memorization. Not a bad thing totally...just a little of a downer. 7 outta 10
Agree (0) or Disagree (0)
Loggitt unregistered
#1   18 Jul 2000
Don't agree that the first map is too complicated and the second too dark. However, the bots are just plain stupid in both maps. No competition/fun at all :(
Agree (0) or Disagree (0)



Context menu 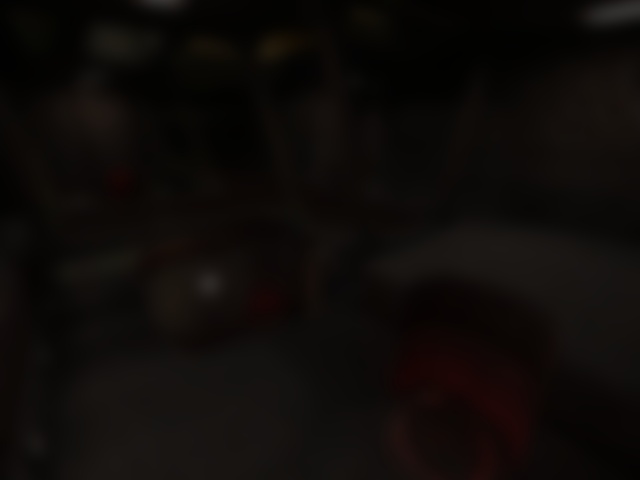