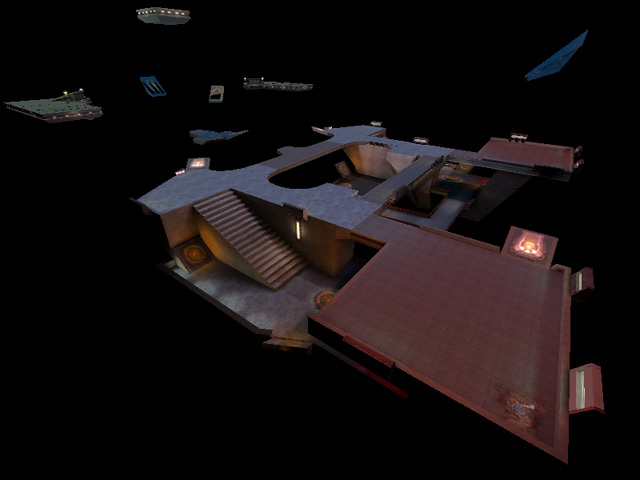 I hadn't had this satisfied feeling, watchin people descending into the darkness (screaming :) since I played Longest Yard! R_sppeds are abit high, though (not that I expected something different), I'll give this one an 8!

It is possible to go from rail deck to rail deck by jumping on the midair pads behind the deck. This way you can get both boxes of rail slugs. You can also go from the plasma deck to either rail deck by leaping off the back corners to the mid air rail pads. This map plays best with 3 good railers (they will occupy each other in rail deck to rail deck fights), a couple of good rocket hounds - assaulting a rail deck with the rocket/bfg while taking the main accelerator to the opposite rail deck is great fun, the spread of rockets is almost unavoidable. Also you can shoot nice rail deck level shots at the peak of either rocket bounce pad. Mix in a couple of shotgun players and the map really starts getting crazy. My favorite kill HAS to be bouncing on the megahealth pad and railing guys going for the bfg as they fly toward you from one bounce pad to the other.

With 6+ fairly evenly matched (advanced) players, camping on the rail deck is plain suicide. Death can come from far too many directions, and there's basically no health...hence the folly. This map is designed to support the large DM games that occur where I work (10-16 players) so the more human players the better.

If you want a challenge from the bots, make sure they are hardcore (as lower level bots seem to just hang around the center bounce pad), and use the default bots available for the map as a start point. Fear Anarki on this map. You'll swear he's in nightmare mode.

PS - yes there are a lot of bounce pads. The idea is you can get from any point to any point on the map very quickly. Learn the layout well, and practice those mid air rocket shots. We've been playing this map for almost 5 months now, and are still finding new strats/cool moves.

Agree (0) or Disagree (0)
Niptlar unregistered
#2   10 Jul 2000
This level is pretty decent, but I feel the Railgun plays a little too much of a role. Anyway, props to author for keeping the ammo counts real and not overfeeding the RG.
Agree (0) or Disagree (0)
Number 72 unregistered
#1   10 Jul 2000
This isn't bad at all actually. As far as space maps go anyway. I'm not normally a big fan of them. The only ones I've ever liked are q3dm17 and MQ3 (Don't Stop). This seems decent though. I'll have to give it a shot against some real people to be sure.
Agree (0) or Disagree (0)




Review

Download

Comments

Votes

Overview

Screenshot

Readme

Bookmark

Browse 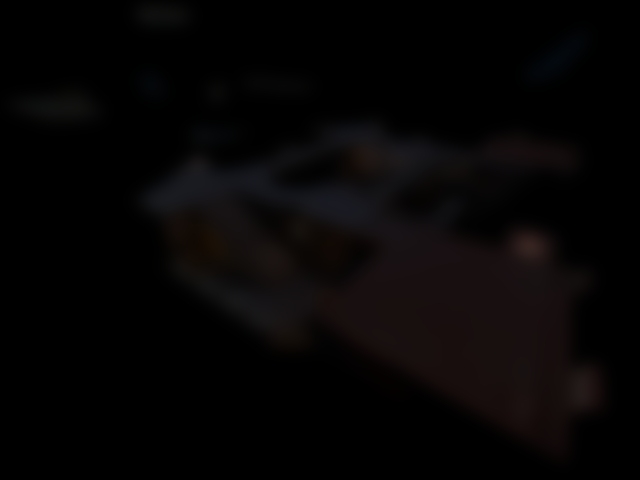