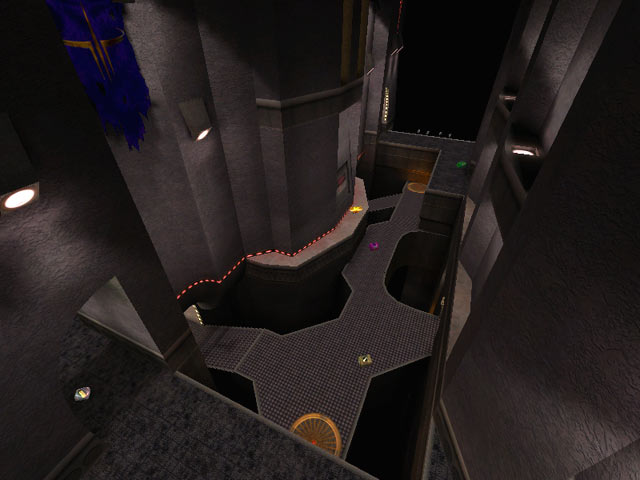 Or in the case of Team Arena, Lots of kamikaze powerups.

Lookforward next one , Mr Clean.

Its my absolute favourite 1-on-1 map. I like to not be able to jump anywhere without caring. Item placement could not be better. Very nice architeture so as the texturing.

With regard to the custom textures, I especially liked the appearance of the bounce and accelerator pads; teleporters were nice (although supports were too thin)and the floor looked cool.

Mr Clean for your future projects, have you considered designing a base level (check out PQArena on LvL), or something like Space Noxx (New Unreal Tournament Inoxx Pack); with your skill at level design and creating superb textures I think a map created by yourself based on these themes would look amazing, just a thought.

First - It looks unique without repeating that gray s### on original space maps.

Second - I like it when I play with human, it's kinda cool.

And SiCdeth I know what happened with Visor disappearing. Once in an ffa, I walked around the corner into the rg area, and underneath the platform I was on, seemingly standing on nothing, was Bitterman! Must be a clip brush problem or something, but I couldn't land on that area after trying 5 times so doesn't matter except with bots =)

got sick of it though, bots die too much so do i sometimes. i think if you fall to death something cool should happen..

what would be cool?

Agree (0) or Disagree (0)
OO7MIKE unregistered
#9   11 May 2000
Excellent tourney map. This map would not work for a regular DM though. I like the look and feel of this map. Frame rates are high and the archetecture is excellent. Unfortionately i wont be able to enjoy this map cause i dont do good one on one in quake. Everyone always has a better ping than me. My problem :( 8/10 this map doesnt alienate anyones system , bots are too easy, thank goodness for the wrong place.

Wow you can actually see what the wrong place looks like in this map!

1) the plasma gun in under the YA where the cells currently are.

2) The MH is replaced by the Haste.

3) There is a personal tele where the plasma gun is.

those a re the major differences between the tourney version and the ffa version.

Agree (0) or Disagree (0)
SiCdeth unregistered
#7   11 May 2000
i have to admit, it is good for a space map, and i did enjoy tourney play for a change. i had only two issues for this one really, after a while of kicking visors ass on hardcore (im not really that good of a player) he just disappeared! i was looking and looking, but he was nowhere, that was one issue and the other was how easy he was to beat.. other than that its an awesome map, oh and i dont know if it was intentional, but the plasma ammo right under the YA i took as a little hint to plasma climb to it and it worked so i found that cool too.

overall, the best space map ive ever seen and it plays good too (even for a tourney map) so i give it a respectable

Agree (0) or Disagree (0)
MogWaEE unregistered
#6   11 May 2000
This map just makes me want to say SMOOOOOTH. I don't know why, but it's the only adjective that comes to mind when I play this little gem :) (you picked your alias pretty well Mr. Clean). I must say that I absolutely hate space maps (I kinda miss the beautiful sky renderings from UT... no comments or flames plz), but I love this one! It qualifies, IMO, as the one of the best space maps I've played so far (including the id ones). I'm giving this one a BIG 9!
Agree (0) or Disagree (0)
Octovus unregistered
#5   11 May 2000
To me kind of felt like a space station..open air though wouldn't work in reall life (not that that matters in q3a ;) ).

The rl placement was good, though if you ask me the lower lg platform would not be used except for running away (which does matter in tourney).

Never played the ffa version but this one works fine for both tourney and ffa if you ask me. Was the megahealth replaced with a quad perhaps in the ffa one?

Anyhow nice map, little bland looking realises he is nitpicking bots fell off a bit, so a 7 ;)

Agree (0) or Disagree (0)
Mr.CleaN unregistered
#4   11 May 2000
Sorry to hear that, displeased. Unfortunately, as with most things in life, I can't please everybody all the time.

Perhaps the next one will be more to your taste. This was as much an experiment to see what I could do differently with a floater level as anything else. 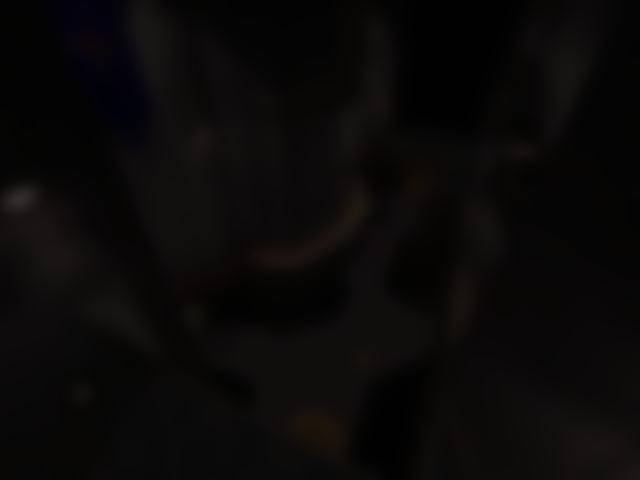