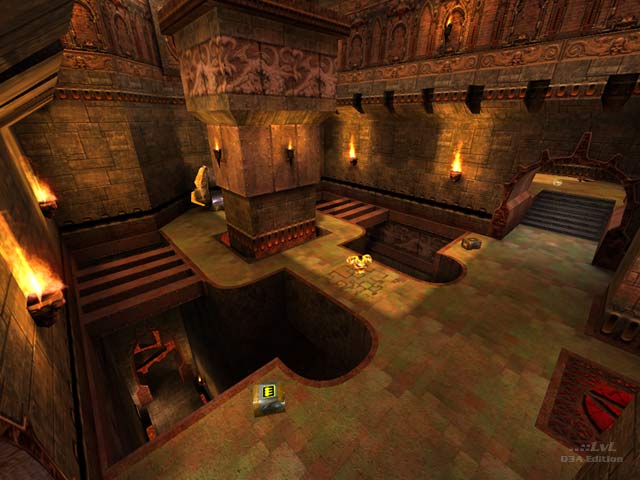 **Preview only**
Be sure to submit your comment
Submit
Preview
Cancel
Submitting comment...
Nitebeat unregistered
#31   29 Jul 2002
Looking back on this level,I'd say I can't really complain. Had fun playing it, bots were somewhat predictable (as always ;-)...) but I like the whole feel. Especially the section in the screenshot =)
Agree (0) or Disagree (0)
Ghostrider unregistered
#30   13 Sep 2000
the screenshot is beautifull!

thats the easiest trick to do in q3a! and every one should hav worked out how to do it in the first week of having q3a

Agree (0) or Disagree (0)
TheAverageJoe unregistered
#21   18 May 2000
Great map, for being gothic (I agree with DBD, Tyre). The bots don't ever grab the LG, but everytime I peek over the ledge after getting it, I get nailed by a bot down below. So botplay isn't that bad.

That's more than I had expected.

Agree (0) or Disagree (0)
Tyre unregistered
#19   18 May 2000
Tend to agree with DBD, especially about the flat (ie one floor) feeling to the gameplay. With bots it tends to be rush to the RL room and fire continually into the melee. I found the look of the level a little dull as well. But certainly a good start.
Agree (0) or Disagree (0)
DBD unregistered
#18   15 May 2000
Well I didn't enjoy this level as much than most people here. Ok I agree that there are some nice details to make it look good. But it's still ACGS, another common gothic style. A good point is the good fps. The overall architecture of the map is interesting but doesn't involves a really good gameplay, at least I didn't found it. I found the gameplay too RL dominant (probably too many RL ammo) and a little repetitive. The vertical play is light with mostly a one floor map at least for fights. Many places generate very similar fights. As mentionned, there's a problem with the place where is the LG, the bots never go there. It miss for the diversity some sniping points and some places that tend to close range fights. So well a good one, but not impressive, I gave it a 6.5 anyway, mostly for the pleasant architecture and the good fps with nice details, despite the ACGS.
Agree (0) or Disagree (0)
rockN79 unregistered
#17   15 May 2000
btw:

You can check out a review of this map on www.planetquake.com/qic. It scored a solid 4/5, so you might wanna check out what interceptor had to say about it.

And(for all the trick-jumper out there): Ever tried a double rocket jump up to the railgun room? It's not that hard.

The Megahealth is really funny, because they almost only pick it up when they use the teleporter. When they go the other way, they don't. But I have seen this behaviour in id levels, so wtf...The bots often seem to be lazy to take that extra step they'd need to get something good.

Well done. It's not too small, not too big, has atmosphere, bots always shoot you in the back( but hey that's what they do for a living) and it has great architecture.

I especially liked how you did the lava part. Spawn points are a bit far from each other...

That's the only downer I personally have on this level.

Keep 'em coming dood! Then you can ride my board!

(for more info on that doorway, I got a screenshot). GREAT MAP KEEP UP THIS WORK

This is what I was trying with this map:

-get a feeling for size and proportions

I had done one previous test map to learn radiant, but except for that one ( I never finished it actually) this is really my first map. I am surprised people like it that much, although I must admit I had a lot fun playing it myself(Really kicks with three bots).

- Tonight's the night, a base style map

-Space Confusion, my space map, that I did in 5 hours

(I wanted to make a map for every style in Q3A.)

I think there just needs to be a bit more light on the lower parts newr the lava.

I give it a 9, one of the best maps I've downloaded.

Agree (0) or Disagree (0)
Psychodelyc unregistered
#8   12 May 2000
Generally, I like to play more complex maps so I didn't like this map too much. But the architecture was pretty good and the use of textures, altough I found that the stairs beside the jump pad leading to the LG were really begging for a torch because I could hardly see them, except that one, the lighting was perfect. And the level looked really good overall.

But for a first map, I think this is really good.

Agree (0) or Disagree (0)
Steinecke unregistered
#7   12 May 2000
Another german map. Botplay is ok. I'm not very happy with the way, textures are forced around edges or are cut-up on a few spots. I'm giving 8, cause 7.5 is impossible.
Agree (0) or Disagree (0)
SiCdeth unregistered
#6   11 May 2000
whoops accidently pressed tab-space, anyway, to finish with my comments, i also think there should be more interconnecting rooms, and more places to do tricks.. abomination, if ure reading this, i figured out another one, plasma climbing! well anyway good map, i am yet to see it with bts though.

Agree (0) or Disagree (0)
SiCdeth unregistered
#5   11 May 2000
havent played it with bots yet, but so far it looks like the mapper will be a force to reckon with, he uses good technique but could be better at texturing (misalligned). i think it would be better if the LG was replaced with the RL and the RL was replaced with a PG, i think it would make it so that the rocket launcher isnt used so much like it usually is
Agree (0) or Disagree (0)
OO7MIKE unregistered
#4   11 May 2000
Great looks ...not to complecated and it didnt look like a simple map trying to look complex.

I love the frame rates here.

Death comes quickly on this map. Is it my imagination or are there to many health power ups. The bots mostly hung around the rocket launcher and the room with the 5+ health or the green health. I never saw them go for the mega health.

This map should be on servers.

8/10 great map but lacking a little in bot play.

And yes, ladies and gentleman this is a great map. Can't possibly imagine rockN79 hasn't made some half-decent maps before this.

Please inform me if I'm nuts I may be mixing up maps but didn't this one have a powerup? If so I couldn't find it was it on the central pillar perhaps?

Great gameflow, look was gothic but well done gothic so it's fine ;). LG was out of the way and most guys don't like that gun too much maybe making the 25h a 50h would make the trip more attractive. Oh and the bots didn't get the mega-h in my games.

Agree (0) or Disagree (0)
Squall unregistered
#1   11 May 2000
telling the truth i havent touched q3 online for ages until recently i upgraded to isdn in london...k nuff of my stories

this is one kool map not only it has agreat bot support the textures n gameflow is very speacial indeed. in other word dl this n u wont be disapointed

I HAVE BEEN LOOKING FOR A DECENT MAP FOORRRRRRRR AGGEESSS 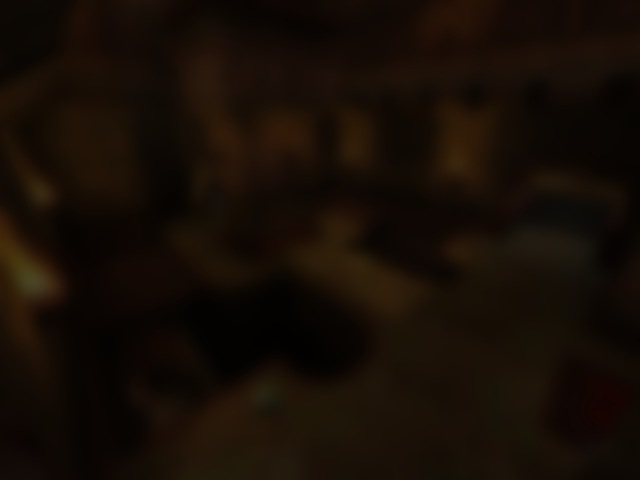