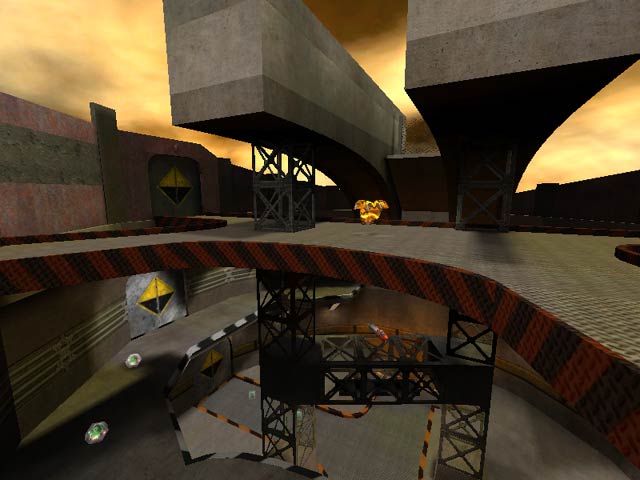 the sky texture itself is just a standard one - it's in pak0.

I did write a new shader for it - to get a different lightangle, but it should work...

Agree (0) or Disagree (0)
Psychodelic unregistered
#6   12 May 2000
I found this one to be a fun map playing against the bots. I felt that some corridors were too cramped. And the framerates were insanely fast for a map of this size! But I agree with the review that the doors just don't belong in this map as they slowed down gameplay and were annoying while trying to get trough a narrow doorway wich you couldn't see anything on the other side. But this map was fun to play and that's what's all about.

Agree (0) or Disagree (0)
err? unregistered
#5   12 May 2000
I downloaded this the other day but only just now got around to playing it. I'm missing the sky texture completely. Anybody else? It's in the same area as the screen shot above. That yellow sky is missing which is weird because it looks like the standard sky.

I already have the 3wave ctf pack by the way.

For the play I would have given it an eight. But it looked. no offense, completely awful. The corridors from dm11 (or a lot like them anyways) were taking and put with the construction platform like things, that was acceptable, but the metal-girder like pillars looked awful if you asked me and a dirt floor?! I thought this map had a tech theme dirt doesn't fit fyi.

Still worth downloading but only if you can find/make a server to play on because bots aren't all that great. They did get the haste though ;) (Plus imo haste is just a great powerup as its the least powerupish of the bunch) 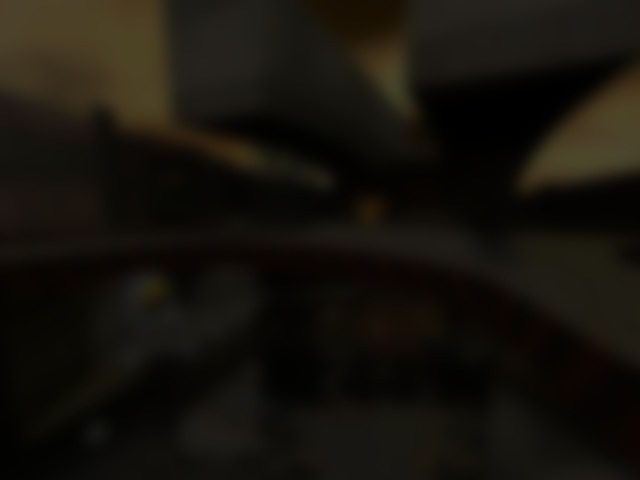