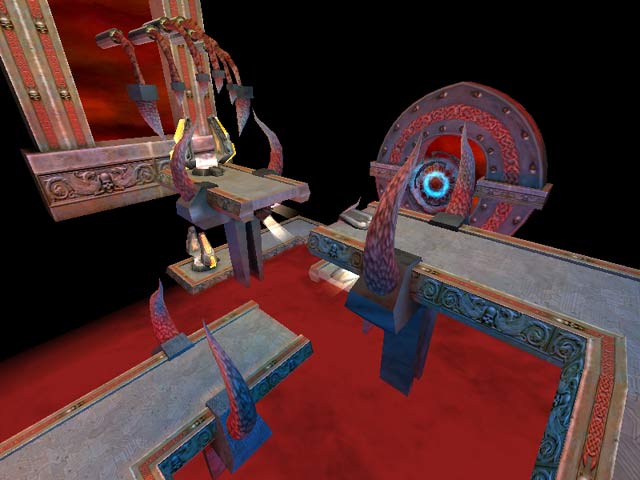 If this is made by the author who has also made the terrific quake2 series space oddysey 1-2-3 then I'm a bit dissapointed.

But if yuri is still learning the quake arena engine, i'm not that disappointed ;) okay dude?

Agree (0) or Disagree (0)
not entered unregistered
#17   30 Apr 2000
I found your HOD CTF very fun despite I'm definitly not (yet) a CTF player. For the DM version I haven't yet an opinion. Thanks to put here the info about your UT map, I'll play it too.
Agree (0) or Disagree (0)
Mandog unregistered
#16   30 Apr 2000
Cool, Yuri, I'd love to see more of your maps. Why not submit Heart of Dungeon to ..::LvL.
Agree (0) or Disagree (0)
Yuri Davidoff unregistered
#15   28 Apr 2000
Hey guys, thank you for the comments ! Although I like this map it does not mean that sody4 is the best.Tastes differ you know.I only was learning new Q3A engine and made map for my pleasure :) If you want levels with more spaces for battle you could try playing my next map Heart of Dungeon.There are two version : CTF(www.fileplanet.com/index.asp) and DM/DOMINATION (www.fileplanet.com/index.asp). If you don't mind I made also map for UT :)

Agree (1) or Disagree (0)
RADAXER unregistered
#14   27 Apr 2000
A friend and i play many many maps on q3 (3-7 new ones each night) but we always keep returning to the space odysseys 4 map for a last game of the night. the first time i saw it, I knew this guy was talented. yes it is small, but what a great look to it and the features he has in here are a step above what i have seen coming out in q3 maps. a truly piece of art. yuri , you have a new fan.
Agree (0) or Disagree (0)
-XENO- unregistered
#13   26 Apr 2000
I love the avant-garde styling, but gamplay is lacking. Can be fun with several on the ramp-'n'-pad side, but the desktop side is pretty much just target shooting with the rail. (Another bot bouncing on the tea cup - ka-powww!) On the plus side, this would have to be better with less predictable,humanopponents.

I remember Yuri's SODY series in Q2 as being very nice SP levels, I'm sure with this Q3A experiment under his belt his future maps for Quake 3 will be more enjoyable.

To me Yuri's a storyteller and unfortunately there's not as much a storyteller can do with the DM only Q3, but with his sense of style I'm sure he'll overcome this obsticle.

I rate this one a 7 - with anticipation of better to come from Mr. Davidov. :-)

Yuri, you the man!

This map has realy inspired me, the use of blue, read and white lighting in the freaky part is so well done! and that big claw with the worm like fingers! to the large windows with the sky shader only inside it... Gameplay wise I never played on it only looked around, but like everyone else has said you will need to be on your toes as there is a need for precise navigation or you'll be falling to your death quite often!

I've had this ap for a few months, and I never get tired of just mucking around gawking at everything.

I share everyone else's opinion that if it was just a little more playable (one or two larger flat areas, perhaps an extension of the desk toward "SODY" so that you could snipe from on top of the bookshelves as well as strafe a little without plummeting, could make all the difference)

I seldom play games with more than 4 players, so it's quite normal for me.

I am also not very pro player, but I liked this map.

John Romero and Levelord liked his works. Some of companies offered him a job.

The problem is - he is from former Soviet Union (I think he is in Ukraine), there will be too much paper-work to get him there.

I am proud of this man, because such quality of works are very rare. I am Russian too :)

Agree (0) or Disagree (0)
SiCdeth unregistered
#6   22 Apr 2000
if Yuri really took some time to make a big map, it would be awesome, but this one is just way too damn small, the looks are top notch but the size of it makes u not want to play in it.

Agree (0) or Disagree (0)
DBD unregistered
#5   22 Apr 2000
Just agree that it's a piece of artwork. Also there's something trully original in it. But this is not a discovery for this author. I also agree that the gameplay isn't for my taste. I feel it requires a high-skilled technical player that I'm not.

I'm sure this is a kind of continuation of Yuri's Space Odessy levels for Q2.

Reading the text file it also seems to be an attempt to bridge to divide between deathmatch and single player.

Yuri's got a great imagination, well worth the DL IMO.

Agree (0) or Disagree (0)
Jim unregistered
#1   22 Apr 2000
Bizzarre, but nice. There isn't much room to move around, so any more than 4 players would probably be too much here. It seems to be solidly built and all, but I'm not much of a fan of this style of layout- too difficult to navigate to make combat fun.
Agree (0) or Disagree (0)




Review

Download

Comments

Votes

Overview

Screenshot

Readme

Bookmark

Browse 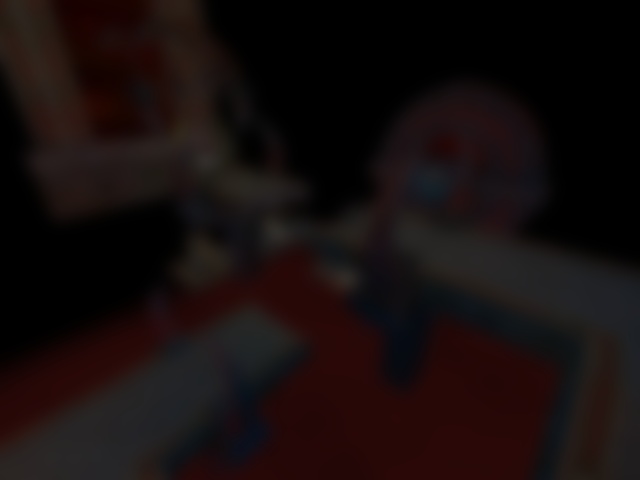