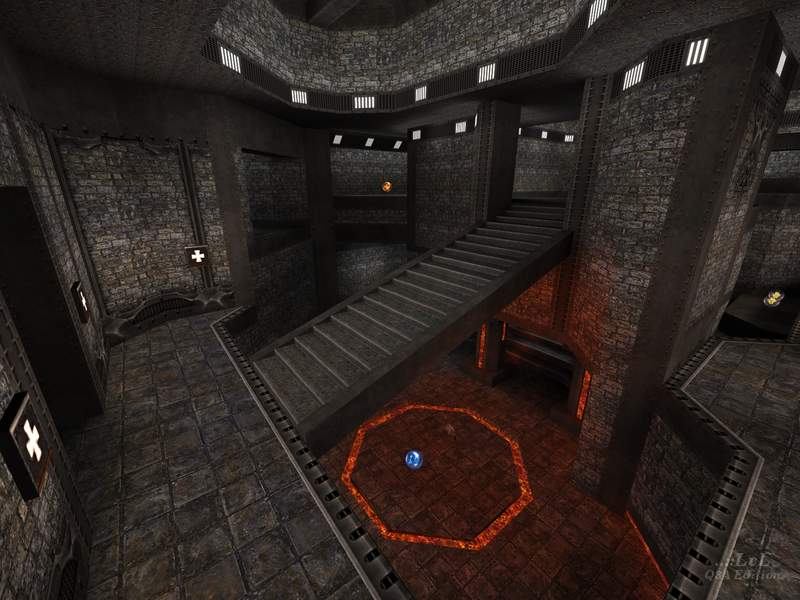 (Edit: added an .arena file too)
Edited 5.53 minutes after the original posting.

HelterSkeleton Rep. 5438
#1   10 Nov 2020
while i scored this map a 3.25, i rounded it up, because while it is a bit crudely made, it is fun to play on in tourney, and even in tdm, so a 3 felt a bit harsh. The rail gun is wisely left out, because the centre is quite open and some of the surrounding corridors are quite long. In TDM, the quad sits on a lava platform that sits under the stairs (as seen in the screenshot) and above the GL. While the platform feels tacked on, getting in and out to pick up the quad requires some strategy. In TDM, some items have been moved around (armours) and the mh left out entirely, but I always felt it could have stayed, either where it sits in tourney, or even swapped round to the corridor with the green health bubbles. there are plenty of areas surrounding the quad platorm (both below and above) that could have benefitted from gh bubbles to give away player locations for ambush attacks in this area.
Agree (2) or Disagree (0)




Review

Download

Comments

Votes

Overview

Media

Screenshots

Panorama

Readme

Bookmark

Browse 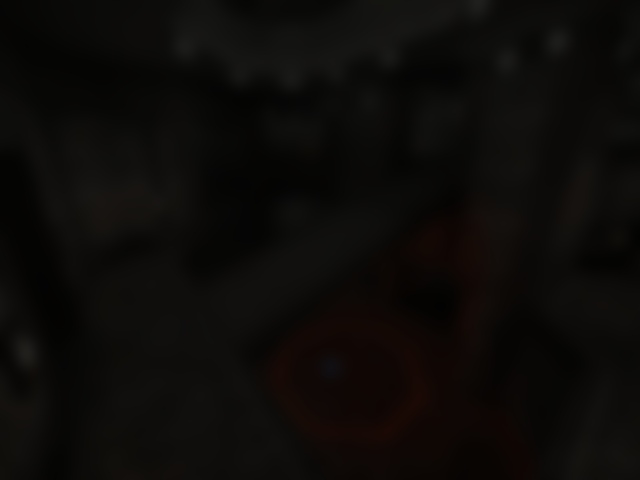