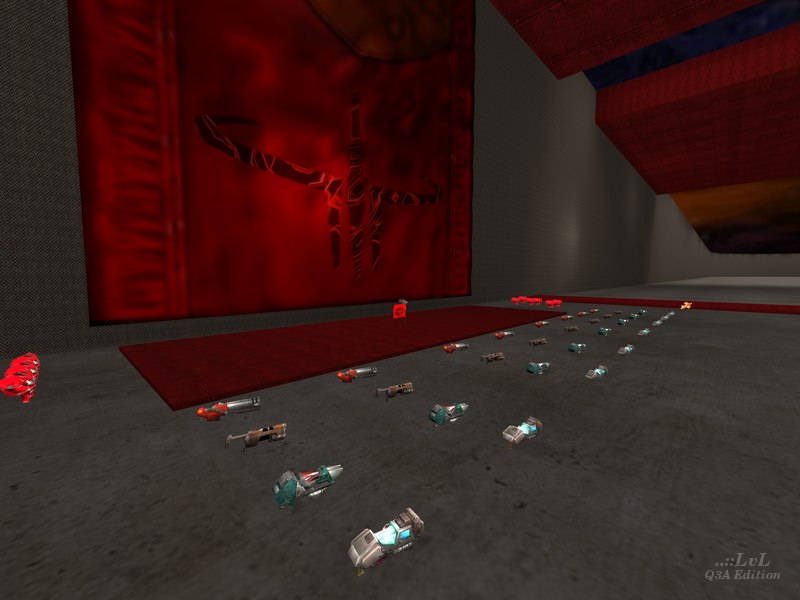 HelterSkeleton Rep. 5711
#2   08 Jan 2021
yes, definitely more of a fastcap in defrag, you could even play it as a ctf map in DeFRaG but there are a few design and placement issues that stop it from being playable. One is the joins between the straight parts of the wall and the curved parts; when running between bases you can get caught on the wall and stop which is not a good thing for a map this size. fortunately these nags are close to the accelerator pads. Another nitpick is that you can also sometimes go through the gaps into the middle area of the map. Not what the author intended, but a neat glitch if you want to try for a shortcut. I have to disagree with mapsking on the pad placement. They are spaced so you can hit two in succession when leaving a base for a speed boost - and travel time btw bases using the plasma, rockets, or a team-assisted rail shot is only a few seconds - you just have to be careful to avoid the pads on your return into base so you are not sent back in the opposite direction. The size issue does make this unplayable against people, if an opponent stops you dead in your tracks, it is a slow journey back, even with boosts, leaving it better for you to commit suicide. But if you play your cards right, you will be moving too fast to even take a hit. Items also needed to be placed close to the wall e.g. quad and regen (not in the middle of nowhere) and in greater number for ease of pick up. At high speeds you will only pick up 1 on your way through if they are spaced at a distance greater than the avatar box. The MHs were also too close to the pads to pick up without stopping a run. Again, you are close to a pad, but it would have been better if they were placed just after the landing spot coming off of the second pad in the open terrain between the bases. so for me, even though it has a place in the appropriate mod, it was still too poorly executed in terms of the basics to make it enjoyable.
Edited 3.17 minutes after the original posting.
Agree (0) or Disagree (0)

Mapsking Rep. 350
#1   17 May 2020
A few minor nitpicks. Other than the huge massive scale of this map, some of the jumppads do not seem to have a correct destination, as sometimes you have to walk for a long time to find another one. If the jumppads were relatively close to the base, and hitting them launched you close to where the next one is, it might be more fun. Also, the blue flag is too close to the wall, causing clipping, at least for me. In addition, when hitting some of the jumppads, you can see the mirror effect while in the air. With a bot file I made, the bots do traverse the map, but tend to hang out at the two flag bases. I agree with Tig, it seems like it would be better suited for the defrag mod or something similar. If this were made into a fast paced version, it might be fun, but the painfully slow walk to the next jump pad kills it for me. Simply adding in maybe two more jumppads for each side would be sufficient, and making the destinations closer to the next jumppad would make it more fun.
Agree (2) or Disagree (0)




Review

Download

Comments

Votes

Overview

Media

Screenshots

Panorama

Readme

Bookmark

Browse 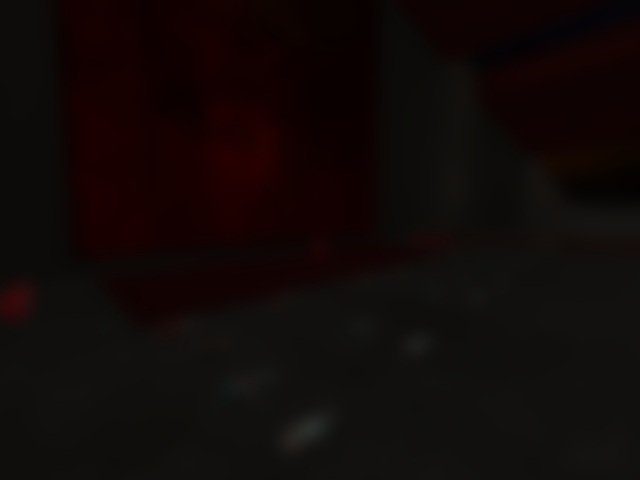