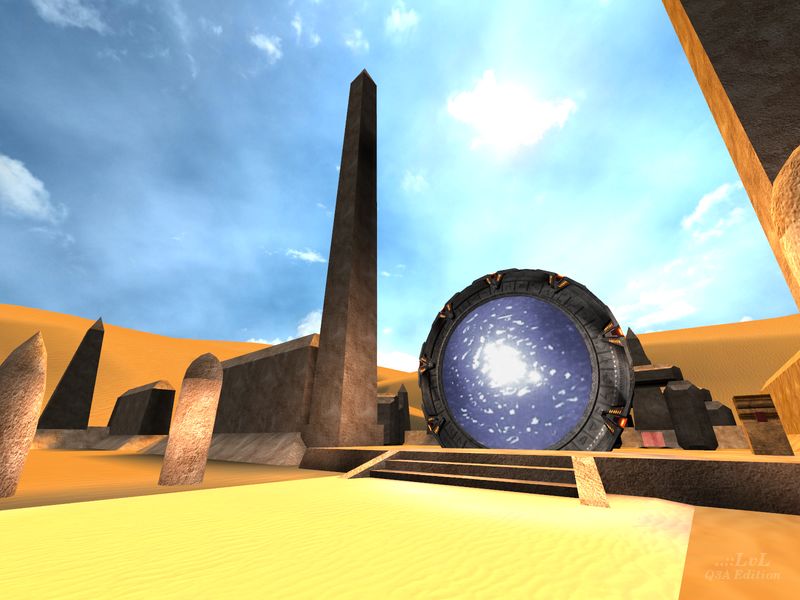 HelterSkeleton Rep. 5360
#12   05 Sep 2020
I kinda feel here that Camel-XP set himself up for failure by putting too much pressure on himself to control all of the content of the Stargate mod. He seems pressed for time and it really shows in his parts of the map content. If he had collaborated with some map makers and restricted his workload to the development of the mod itself, we might have seen a polished finished product and avoided all the unwanted authorship issues. As it stands these maps mostly feel like rough sketches or works in progress and should probably have avoided releasing it, in this state, altogether. Of the three 1c is the most workable from the standpoint of standard Quake3.
Agree (1) or Disagree (0)

Camel-XP Rep. 47
#11   23 Jul 2015
I am not arguing at all and that wasnt my intention either
Yea some team work on a map like that would be awesome
But I would need to jump into the game again, as I am innactive at mapping at this moment
Agree (1) or Disagree (0)

NemiX Rep. 71
#10   23 Jul 2015
Camel-XP, I want to clearify, that I never intended to call You a thief. I see Your point of view on the matter, but I hope You can see mine as well. I do believe that everything I wanted to say about this map, can be found below. I didn't want to argue here either, just felt like had to say something. I also see potential in Your ideas. I wish we had a chance to work together on the map. Result could be awesome :)
Agree (2) or Disagree (0)

Yea, it's been an long time for me too, once I completed this map and yes I did mention you in my readme.txt file, I'm surprised that you mention yourself here as I am some kind of, i dont know a 'thief' ? :P,
not at all mate, I did wrote something about you, the author of the nemix run map, you should read all of it, especially the credits part :P

quote:
"The partially architecture of the castle map was used from the "r7-nemixrun07" map
although I dont know it's original author, but I give him full credits for his amazing job on it
I couldn't resist to convert that "speed run" map into an playable one for either CTF/TDM or FFA game types."

Also as said before, there was nothing prohibited in your pk3, I did noticed another version of this map someone else converted to the other author needs, once again there was nothing in his pk3 readme file :P

If I would knew your full name, email, website I would gladly put you in my readme file, but dont you think its a bit too late for that? :)
Once again Nemix, you did a great job on that castle style map, it was too pitty for me to left it as an speedrun map only, I hope you understand what I mean :)

Cheers all ^^
Edited 1.28 minutes after the original posting.

Tig Rep. 1224
#8   13 Jul 2015
@NemiX: You DeFRaG runners are wild! That YouTube clip shows some serious jump skills. Anyway, if it is cool with you, can you send me your email address using the contact form - lvlworld.com/contact - I would like to run some things passed you.
Agree (0) or Disagree (0)

CZghost Rep. 1581
#6   13 Jul 2015
Okay, I appologies for my distrust, I just need to know all the facts. Anyway, it's pretty a little fault to not include a readme file, where you need to specify, how the map should be used and what kind of copy is allowed. If it's your first map, then it's worth o pardon, in other case I do not know how, just that you forgot :)
Agree (0) or Disagree (0)

NemiX Rep. 71
#5   13 Jul 2015
@CZghost: Sorry, but I do not have a readme file for this map. I simply didn't keep them. I have only pk3 files.
It's been almost 10 years since it's release, so the map itself is not easy to find anymore. I have only this link:
ws.q3df.org/map/nemix_run07/
and there is no readme file attached to it as well... strangely enough, seems like it's the only one of my maps there without it. There is a release date though.
Agree (0) or Disagree (0)

CZghost Rep. 1581
#4   12 Jul 2015
@NemiX: Do you have a readme file of your map or link to download? This map is about a year old, seing your map being run with no more description (e.g. where to download, btw, it has no description at all, just a category), that does not add to your words any meaning. Yes, I saw it and basicaly it is almost identical, but I have no evidence that Camel stole that map to create this one. Give us a link to download the map (with readme) or link to the readme at least.
Agree (0) or Disagree (0)

NemiX Rep. 71
#3   12 Jul 2015
I'm sorry, but I had to write something here...
For few years now, I'm not really following Q3A scene anymore. I do occasionally check out this site to download some new maps. It reminds me the good old days. But I'm not doing it nearly as often as I did a long time ago. That's why it's strange that I've bumped into this one. I should have missed it out. Sixth sense, I guess...
When I saw the pictures of this map I recognized them immediately (I'm an old man with a good memory:)). There are some changes, but the castle part is clearly taken from my defrag map nemix-run07 (see this: www.youtube.com/watch)
Don't get me wrong. I understand the concept of inspiration. One can have it after playing someone else's map. I had it many times myself. But when You take basically 75% of the original level, adding water, new skybox and few corridors to reconnect rooms, is not making it a new map. At least not
Completely Original From Scratch
as it's written in the read me file. At best it's a remake.
And Yes, I DID see that my map was mentioned also in the "read me". I just did not see it anywhere else. Not here. Not on the Stargate Project site. Also, It would be nice to ask...
Well, after that being said, I would like to point out, that I'm not mad at Camel, nor do I want his map removed. I see potential in the SG mod, that Camel-XP is creating and how much time and effort it's taking. I think he simply used too much of my work. That's all. Next time, please try to recreate some structures/ideas instead of copy-paste method. It would add Your feel to the map.

BTW Textures are from RTCW. It would be nice to write that in the "read me" as well.
Edited 8.3 hours after the original posting.

leilei Rep. 343
#2   18 May 2015
As impressive as this map looks, i'm surprised the stargate's liquid shader is only just an animmap. It could be done better with two rotating shader stages with tcmod scale, and the second stage being alpha blended and having a negative scale so it won't create a double effect.
Edited 1.02 minutes after the original posting.
Agree (2) or Disagree (0)

CZghost Rep. 1581
#1   18 May 2015
How did you make the large thunder bolt teleporting player when standing in the circle? That's insane and pretty hard to hardware. I got choppy when activated thunder and even without bots, then it went normal. Is that supposed to be effect like human being electrocuted by thunder or what? Anyway, nice map, only the stairs should not be clipped to make ramp. I am stepping to stairs, not ramp...

Oh, and I can't wait to first Stargate mod release :) Reading your websites I saw the SGC map, that amout of details and so much from original TV series I am surprised MGM did not banned you :D Great work :) 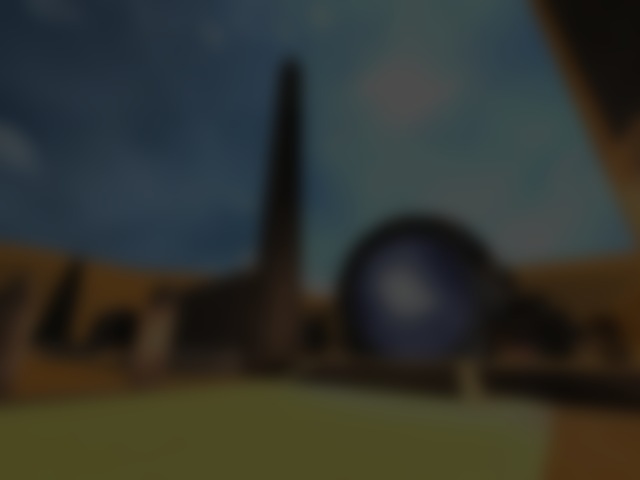