One question I have is; what is the a_MACOSX folder for?

@themuffinator: I was referring to FragLove's sudden popularity after not being noticed for a while.
Edited: 09 Aug 2012 AEST

EmeraldTiger Rep. 2119
#9   21 Sep 2011
On a side note, when did this sudden FragLove craze start? Every bro and his dog is mentioning it. That site has been all quiet until a few weeks ago Oo

Its been around for a while, (since 2010 I believe) though for a long time I think they were closed off, and a select number of people were invited to the project to test it out and help refine it, and were asked not to talk about it in public. Then when this infamous ESR post came along shortly after its public appearance, (www.esreality.com/) everyone got excited, word started spreading, etc. until it was the talk of the town.

It mainly has to due with the fact that FragLove offers so much that Quake Live does not deliver. It contains an oceans worth of great custom arenas, old and new. (Even the Maverick Summer 2011 maps) Various gametypes can be played, including ones not in available QL such as CaptureStrike, Duel Arena, and even Excessive Plus. The interface is clean, user-friendly, and even offers IRC on the site.

Besides that, it also massively helps the mapping community in addition to offering something for the players. Before FragLove, one would be lucky to have their map played once. But now, even more recent maps can get upwards of 20+ games. Achromatic, for example, was played 24 times. Ballistophobia received a whopping 48 plays. Several mappers probably lost motivation in designing arenas for Q3 as chances were, they would probably not ever see the light of online play, and bot optimization became more important for this fact.

The only downside is the lack of forums, only three server locations, (but that costs money, so it is understandable) and that it

s fairly inactive. But that last issue is in the community`s hands, so hopefully more people will begin participating in it.
Edited: 21 Sep 2011 AEST
Agree (0) or Disagree (0)

themuffinator Rep. 875
#8   21 Sep 2011
The guys at FragLove are pretty stingent on what maps they add, so I doubt it. You could speak to stahlaal if you see him online there but I wouldn't get my hopes up. Besides, he's always scouting the net for good maps so if he thought this map was good enough, he would have added it already. If I were you I'd concentrate on making a real epic map and maybe then it'll get added.

On a side note, when did this sudden FragLove craze start? Every bro and his dog is mentioning it. That site has been all quiet until a few weeks ago Oo

themuffinator Rep. 875
#3   19 Jul 2011
I was at one point going to write a review for this map... but when I got back to the current submissions it had 'review submitted' so I didn't bother.

It is as Tiger stated a big improvement over his previous maps. Still not a great map... but heading in the right direction. For once Gooball has made a playable map - no more majorly excessive amounts of items; no more shoddy, cramped, arkward layout; once again no missing textures (!!!); and the lack of his infamous BFG + 1,000,001 BFG ammo boxes room. I found the ability to shoot through the glass a little strange though (a grate texture or forcefield of sorts may have been a better choice). And it's not necessary to have both the pair of lifts and jumppads on the bottom floor. The map is still lacking some gameplay depth though.

But overall, much better Gooball! 6/10 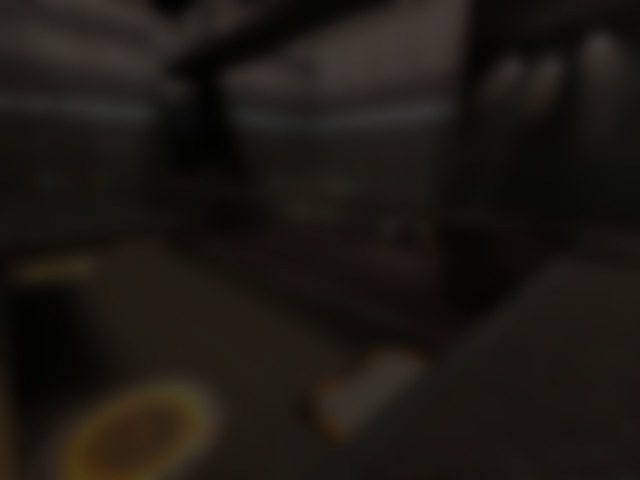