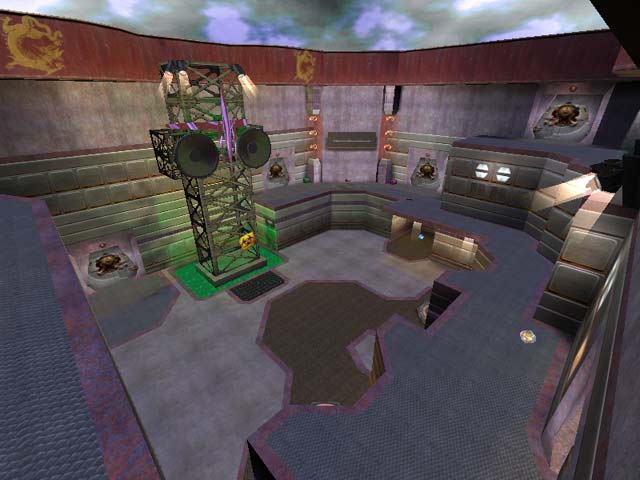 Agree (0) or Disagree (0)
menace unregistered
#20   16 Apr 2000
I'm not saying it belongs on the top 10 list or anything, but there are a whole bunch of maps with scores in the 6s and 7s that are ABSOLUTE CRAP. This map may have some flaws, perhaps even one or two serious ones, but it is FAR from absolute crap.

The problem is that those maps are being judged by different standards than this one--this is by zoid, so if it's not perfect, we think it sucks (we expect id to make all perfect 10 maps every time). A lot of other maps are the first maps being made by uncreative, unciritical people with little concept of aesthetics or gameplay and no technical knowledge of how to build a good map or even use the editor properly, but are better than what a 6 year old would come up with messing around with the editor, so some people think they're a great accomplishment, and give them high scores that they by no means deserve.

Take the names of the map authors off, and I thinnk this would be scoring a LOT higher compared to some other maps on this site.

Agree (0) or Disagree (0)
Lazarus unregistered
#19   06 Apr 2000
This map rocks on a LAN, we played it for almost an hour, 4 player DM.
Agree (0) or Disagree (0)
Baloo unregistered
#18   31 Mar 2000
menace...go to the rocket launcher inside the building, stand on top of it then rocket jump. youll see what the problem is. and it is worse than alot of levels. zoid did not take his time with this thing, he rushed it out. i dont blame him. he did it during a ski trip as a favour or something like that. but dont start spewing dribble that it should be up there with some good maps that deserve a high score.
Agree (0) or Disagree (0)
menace unregistered
#17   31 Mar 2000
This isn't at all THAT bad a map, it's certainly far better than 90% of the maps that are getting better scores on here. I mean, c'mon there's all kinds of total crap that's getting nearly an 8, and this map can't even crack a 6?

I thought it had a decent layout, it looked about as good as any q3 map so far (except for something like lonely planet), it's a little slow in the fps department, but not any worse than a lot of levels, and overall I thought it was pretty good.

the download is pretty big, and usually i would subtract points for that, but the track is great, and now that I have dsl I don't really care. :)

Basically, I found it pretty fun to play and it looks nice, so what's the big problem?

Agree (0) or Disagree (0)
0ozE unregistered
#14   30 Mar 2000
I have never liked this map. Strangely, I dislike Japanctf also. I have nothing against the author, these just aren't my kind of maps I guess.

I think this map has always been surrounded by a film of hype that overshadowed the actual (mediocre) content.

Nothing to get excited about...but it'll be on my hd just because it's on so many servers.

look by the rl area. above are some lights. shoot between them and u will see...then rl jump up there and walk toward the hallway. you will just...fall

you are all a little hard on this map just cause its zoid, if i had posted it i'm sure people would not have been so hard , still crap online tho

Agree (0) or Disagree (0)
miles666 unregistered
#11   29 Mar 2000
i don't mind the layout, you're never looking long for a weapon, but those wide, flat floors have got to go. throw in some trenches, boxes, or something!!! the wide areas eat my pII333 up. lag city in single player, almost unplayable online. also do most quakers have music on or off? most of my friends play without music so they're not distracted from audio clues(like splashing water or power up sounds)all in all a not bad map(for fast pc's),but certainly no addiction.
Agree (0) or Disagree (0)
Sundown unregistered
#10   29 Mar 2000
Layout is OK, new music doesn't add much...but too laggy in the open section for serious play--not sure why...plenty of other eyecandy large levels play much faster on my machine.
Agree (0) or Disagree (0)
Quaker-X unregistered
#9   29 Mar 2000
not that bad of a map. i found a HUGE bug in it also. cant believe a ID dude like Zoid himself didnt catch this...
Agree (0) or Disagree (0)
Octovus unregistered
#8   29 Mar 2000
Strange it has such a low score...most people I play Quake with think its pretty or really good. Besides this map was made how long ago now? Kinda suprised Tig reviewed it. Also I honestly can't figure out what you meant to say instead of almosted Tig, what was it? (unless you meant to say almosted =) )

Agree (0) or Disagree (0)
Twitchfactor unregistered
#7   29 Mar 2000
I agree totally with the review, and don't understand why this thing is back in the spotlight.

I can't comment much on the music as I play with the music off- so it would have been nice to have a map-only download.

Overall a map worthy of keeping. I give it an 8.

Agree (0) or Disagree (0)
A Loser unregistered
#2   29 Mar 2000
Augh this thing comes back to haunt me. The whole level is a lagfest, the mega health is in awkward spot as far as gameplay goes (right by the powerup? cmon). The worst thing about this map is the "hole" in the ceiling above the rocket launcher inside the building...you can rocket jump right through it and camp there till someone comes for the rocket. i gave it a 1 because its zoid.
Agree (0) or Disagree (0)
RedFive unregistered
#1   29 Mar 2000
Oh, yeah. The Sonic Mayhem level. The tune is cool, but the level is too laggy for my tastes and doesn't look too hot. I'll vote a 6; a 9 for the SM track (which I hope is made available on SM's site as mp3) minus a 3 three for the maps poor looks.
Agree (0) or Disagree (0)



Context menu 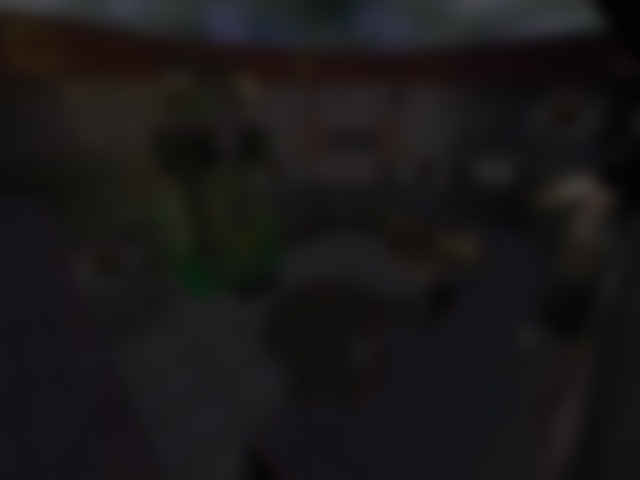