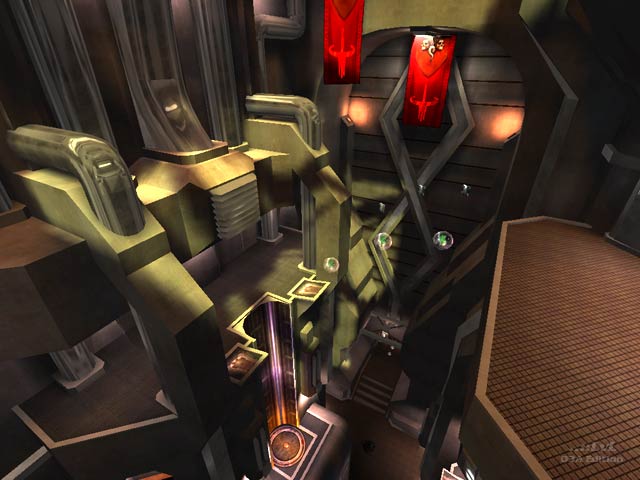 HelterSkeleton Rep. 5711
#9   23 Sep 2019
Wow! I really want to give this a 5 because it is not often a mapper will take on a large ctf map and make it look this good. And the weapon placement is spot on! I agree that the map is complex but I also agree that this isn't a disadvantage. When people say a ctf map is complex they are usually doing so in comparison to space ctfs - where the layout is open and the bases are simply no more than 3 platforms - or small ctfs where there is a middle corridor that diverges straightforwardly into left and right corridors into and out of the bases. Due to their size large ctfs often gain complexity in virtue of their size because of the extra rooms and extra routes this allows irrespective of whether the basic ctf layout is complicated or not. The terrain level Overdose is large in size but you wouldn't say it was complex compared to this: its two open forts traversed by a valley with an upper pathway on either side. So this map is complex by ctf standards! That being said, where this ctf falls down is largely due to the middle area. There are many unnecessary dead ends that you just don't find in the complex Team Arena maps like Teamwerkz or Assassin's Roost for example. Even though they are large and complex the routing is intuitive. It could have used some 25 healths offset by removing some health as you enter the bases. And while I get the upward bounce pad and accelerator pad movement it makes no sense coming down through this area from the top. A platform with something useful at the top would have been helpful. And a corridor on the platforms with the two accelerator pads heading into the two bases. The two hastes are also a problem (the author can hardly say the map isn't complex if he felt the need to include a haste for each base). But the problem here is that while you can drop down onto them moving forward to the opposing base they can easily both be controlled by the team that is controlling the centre of the map. So perhaps one at the top on a platform or the two pushed a little further back into the bases would have helped. I'm giving it a four for these reasons. But don't get me wrong I am hanging onto this one and will play it again.
Agree (1) or Disagree (0)

Tig Rep. 1234
#5   08 Dec 2008
Well, I like it. I did find the learning curve a little higher than most CTF maps, but the level of detail and the uniqueness of the vertical action was very cool. There are some areas that are closed off but look like they should not be. These areas could have been cleaned up a bit before release and may have helped lower the high learning curve. The only other thing I would have suggested, may have been some base direction markings.
Agree (1) or Disagree (0)
fKd unregistered
#4   08 Dec 2008
"Get it if you can hold a complex floor plan in your head. I'm guessing due to the complexity this one will not last long."

i really disagree with that statement.. its a basic floor plan... you go 1 direction to get to the other base... how hard is that to figure out? if they steal ya flag you run to a choke point.. ie at the base of the big jump pad room or their flag base.. if ya fast enough... not really that hard to figure out.. if you are going to review a map.. have a in depth look at the map. it sounds like you did not :/ playing a 8 min game without first figuring out the map is just dumb...

im not happy with this review

Agree (1) or Disagree (0)
Vymmiatacz unregistered
#3   02 Dec 2008
Very large CTF map, with nice look & feel.
Definitely worth downloading!
Agree (0) or Disagree (0)
fKd unregistered
#2   01 Dec 2008
cheers for the review :)
Agree (0) or Disagree (0)
monaster unregistered
#1   28 Nov 2008
Aww, dammit now that your map's finally published under its real name, somebody else has been faster and reviewed your map, something that I have promised to do a few months ago...
Whatever: there's still some room for a few more notes: "first step" provides some very cleverly textured environments a few areas which seem to contain secrets (a staircase leading down behing a fence and somewhere else a closed shutter playing a "nope" like sound when the player tries opening it by jsut walking in front of it), whether if there ARE indeed secrets or not is up to you!
The huge areas of the map are perfect for players with an IQ over 100 (that's the value an average person has got, so no need for being able to "hold a complex floor plan in your head" - you just need to play it often enough and you'll quickly become adept to the level's architectural complexity. That gives "first step" a higher replay value than many of the other ctf maps out there.
Even if you don't intend to excessively play ctf then at least download the map to circle a bit through it and look up the huge room seen in the screenshot above; it's worth a quick glance!
One of the very few disadvantages is that - since one's hardly able to get 10 people together and start a huge ctf map like that all day and thus is limited to bot play - the bots don't go for any powerups and of they do it's mostly pure conincidence.
So be advised that "first step" is best played with like a dozen of experienced human players having already played the map several times and therefore know exactly where to go: then fKd's map will be great fun. On the other side if you're making a one on one ctf this is most definitely the worst map to go for because you'll end up with yourself carrying the enemie's flag into your own base just to discover that your opponent has done the same thing but has taken a different route and therefore missed you and now you're both guarding your own base forever nor daring to leave and probably doing the other team a favor by carrying their flag back to them :)
But since there's actually no ctf map designed for a 1on1 match, this point can't be seriously drawn into attention, so final score for "the first step" is 9 out of 10 points!
Agree (1) or Disagree (0)




Review

Download

Comments

Votes

Overview

Media

Screenshots

Panorama

Video

Readme

Bookmark

Browse 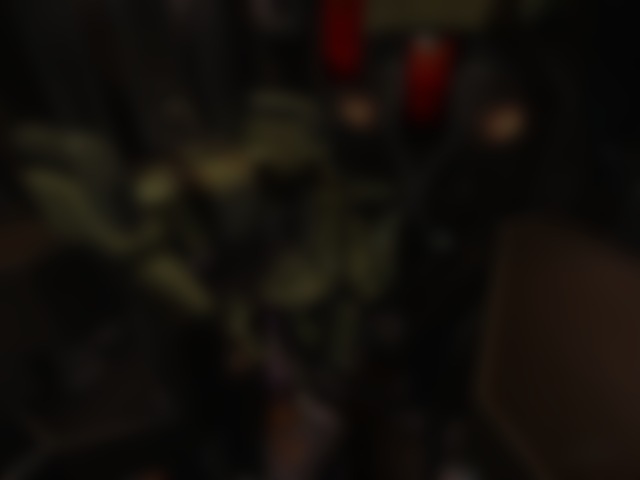