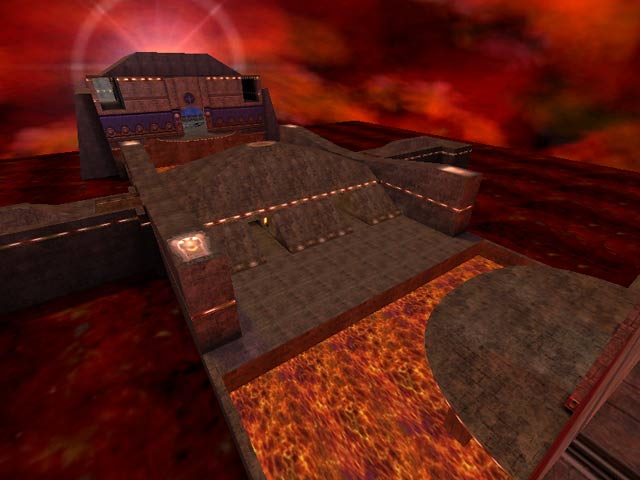 HelterSkeleton Rep. 5438
#19   21 Mar 2021
the first time I think I have ever seen lens flare used: nice touch. Some real creative potential but just lacking in professional polish and some questionable item placement.
Agree (0) or Disagree (0)
Tetzlaff unregistered
#18   08 Oct 2000
This map is perfect for the power-weapons mod!
Agree (0) or Disagree (0)
ELVIS unregistered
#17   02 May 2000
all you people bitch alot.

im on dial up, map is worth the wait. dont play with the music for better frames, and LikE the music for this map. all you guys gotta stop being biacthes and be a man geeks.

thanks gutterman for a wonderfull map, keep up the good work, and tell us where to download (puff puff) the pk.3 file without the music. it would be nice but i like the music so much(love it) i wont even download the other version i know there are some biatches out there that would appreciate it.

You could have at least posted the comment with a different name, so that people wouldn't know that you were the composer of said music. heh.

Thanks for the feedback.... Unfortunately, your agro over the filesize is misplaced... I DID send 2 versions to planetquake, I at only 1.9 MB without music for those with slow downloads or tone deaf or whatever :-), however , it seems to have gotten lost in the process... So, maybe u can redirect the anger to the guys who didn't read the email outlining the 2 files???

Agree (0) or Disagree (0)
the sayan unregistered
#11   26 Mar 2000
gutterman 'hope you could tell us wich site have both version. I think that quakers don't play

for the music but just for the fun.

I do actually think that this map has very good gameplay (and music =) ).

I didnt have much probs with the map...the flag not returning when dropped in the lava really sucked ass. the entrances to the map was cool but the 2fort likeness just kept screaming at me...its been done so many times.

I come here for maps, if I want music I'll crank Napster up ffs.

Agree (0) or Disagree (0)
[LAN]Trunks unregistered
#6   25 Mar 2000
I dont think you should be ragging on the guy for trying to add something different. if its too big a download for you, quit your bitching and get a better connection. if you dont like the music, turn off the sound. if you don't like the map, don't play it. he shouldn't be berated for encluding 3rd party music. he was trying to ADD something to it, and you people seem to be acting like he kicked you in the nuts and stole your girlfriend.
Agree (1) or Disagree (0)
SCSI3 unregistered
#5   25 Mar 2000
Hey, I love 3rd party music. I just unpack the .pk3, and replace the original sound file with a Beastie Boys song or something. Nothing like frag’n to “High Plains Drifter.” Note that I am not defending this map.
Agree (0) or Disagree (0)
RA Bitch unregistered
#4   25 Mar 2000
I think it is lame to release some music that takes up 8 gigs. I personally am not a big fan of music in DM's, so I'm not wasting my time Dling this shit.
Agree (0) or Disagree (1)
Johnny Law unregistered
#3   25 Mar 2000
Well, for anyone that does play with music... the music here is pretty good (unless you just don't like this "type" of music). It's the first in-game music I've heard in a third-party Q3 map that wasn't actively annoying.

The map itself does have some problems, especially with texturing. It's functional though and has a different take on the two-bases topology. The only major gameplay problem I noticed in a quick run was that the flag does not return if you drop it in the lava.

Agree (2) or Disagree (0)
Plutonium.M unregistered
#2   25 Mar 2000
I play with music. It gets me into the "mood". but I probably wont download this because of the music because I prefer the original id music. Plus I only download the maps that get the REALLY good review, but still no servers play them .. why ... why?
Agree (0) or Disagree (0)
the sayan unregistered
#1   25 Mar 2000
gutterman your map seems to be ok but could make a a new version without the music file
Agree (0) or Disagree (0)




Review

Download

Comments

Votes

Overview

Screenshot

Readme

Bookmark

Browse 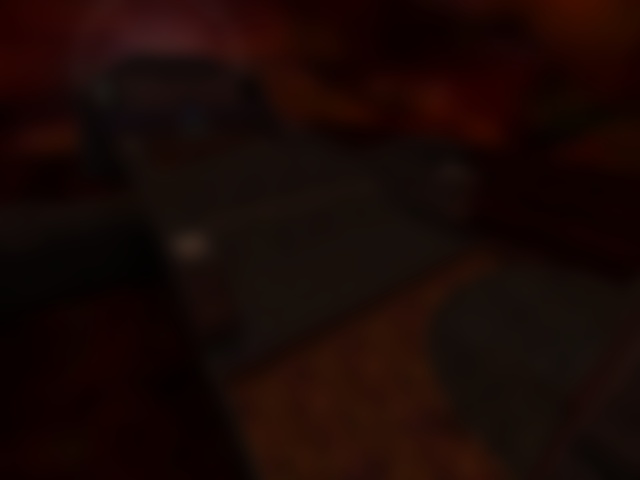