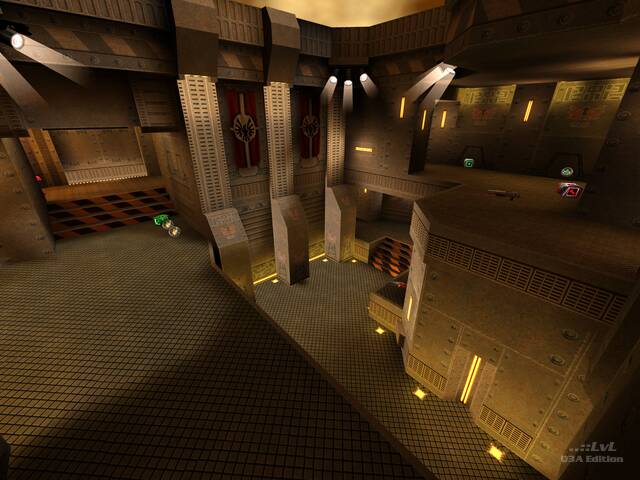 Foralarx Rep. 608
#12   01 Jan 2013
@Mark:- Re: But before i do i wanted to make a quick compliment on this map "The Rage" not in comparison to originals and remakes but with respect to duel maps more broadly. This is one of the best (if not the best) duel maps ever made for quake imo.

Thank you that is high praise indeed but we must not forget that this is as stated on the tin, "A remake" of a master mappers original. I was truely disappointed when Sten announced on his site that he would not be doing anymore conversions of his older maps to Q3, because like you I also believe this particular map (the original that is) to stand shoulder to shoulder with every other quake map out there. I had so many great games with friends on dial up modems even before broadband came around on this map. Those memories are what drove me to complete it and then release it.

HelterSkeleton Rep. 5711
#11   22 Dec 2012
I suppose there is 1 other thing i would add - with respect to remakes - and that is when 1 makes a remake of a map for a different game/gametype it is really important to take into consideration the game you are remaking the map for. Because this is in my mind is more important than being faithful to the original - the original already does that and to me it makes no sense to recreate a Q2 game to be Q2 like in a promode gametype for example. Different weapons, different physics so really it is futile to try and 1 shouldn't really bother - to me it smacks a little of sentiment - if i was a Q2 player wanting a Q2 expereince on a Q2 map - then i would be inclined to play that map in that game. What is disappointing in many remakes for promode is that the authors fail to make the most of promode physics - if i had a criticism of this map then it would be that there were some wasted opportunities. cheers
Agree (0) or Disagree (0)

HelterSkeleton Rep. 5711
#10   22 Dec 2012
Ha Ha! - it's good to see people visiting this map. I never really got into Quake 2 - i kinda went from quake 1 straight to quake 3 - then to cpma when i got bored with that, then DeFRaG, then back to quake 1 speed running all the while avoiding quake 2 so i only know this version from cpma until i saw a Q2 tournament the other day and this map came up! Well i may take a look at Q2 gaming now! But before i do i wanted to make a quick compliment on this map "The Rage" not in comparison to originals and remakes but with respect to duel maps more broadly. This is one of the best (if not the best) duel maps ever made for quake imo. The map layout and item placement is such that it makes it really difficult (virtually impossible) for 1 player to sweep the whole map and all major items, to gain an upper hand and in turn dominate the map! No 1 area or 1 item dominates as in many other maps making a game between 2 equally matched opponents really gripping to the very end and a challenge for either player to win. This to me makes for a great duel map - where anyone can win and based on hard work and not the luck of the first frag or first spawn to have 1 player dominate throughout the match as is so often the case in duel maps. I've only played on this one but from what i saw on the Quake2 streams and what i know of promode physics i think those LoS issues described in another post are actually a good thing on this particular level
Agree (1) or Disagree (0)

Foralarx Rep. 608
#9   16 Dec 2012
@HDK, thank you for the compliement. I'm glad it bought back what I hope were some great memories. I too was lucky enough to play Q2 online at it's height and have many memories from those days. Anyways thank you :)

Foralarx Rep. 608
#8   14 Aug 2012
(Cont'd from post below) And whilst I'm being picky and my own worst enemy, there are some texture alignment / scaling issues, and if you look real closely, you'll find them. (EG:- Vertical wall recess texture - right hand side on the stairs from the upper level leading down to the PG, is probably the most obvious). I pointing this out to help others. Still like I said it was only my third map, I was and am still happy with it.

Firstly thankyou for taking the time to write all that for a map that's now almost five years old. I no longer have a gaming PC and switched to XBOX gaming some years back, but I still like to keep tags on the work I published and answer those who care to comment on it. So again thank you for your response. I'll try and answer some of your points and questions.

My "trace" as you call it was built from the ground up, no bsp2map conversion (and that also goes for my Reckless Abandonment map, though it's more obvious there), so scaling was computed by eyeing hundreds of screen shots and doing strafe jump runs through points of the map ... 1 Q2 strafe jump = 1 Q3 strafe jump. Not the most scientific method I know, but it was the only method I could think of. (It was only my third map). I'm going to concede the LOS problems to you, as you said you've played it thousands of times in Q2 so more the power to you. As you have experienced yourself, with remake it's always difficult to please everyone :)

Whilst building the map I actually took the "barriers" as you call them out, but people felt it improved the flow and aided to the speed of CPM and VQ3. I also tended to agree so hence put them back in. However, I appreciate purists won't like that inclusion, but I'm fine with that :p

I think the comment on v1l3 (the reviewer) missing "major" issues is a little harsh given the above, and I still think it plays well as a duel map.

As you are building your own versionm, whilst bots do play the map well, it actually does have a flaw, they never go for the RA from the ladder or the LG, I think I may have inadvertantly closed off that route with one of those invisible textures for frame rate purposes. It always bothered me, but I'd already gone final on the map before I spotted that. (Something to chew on). <- You'll see I'm more of a critic on my work than anyone else could be :p

With regards to your final comment on a score of 5.5, that's great thank you. I wanted the best of both worlds, the feel of the original (which if you're not a purist I think it captures) with decent looks.

Again thank you so much for taking the time to comment on the map in so much detail and I do hope your version goes well for you.

themuffinator Rep. 998
#6   09 Aug 2012
I had tried this a few years ago but decided to revisit it to give it a good good try since I'm doing my own remake for a mod and wanted to see what others have done.

I've learned the hard way about map remakes - they can be a pain in the ass to get right and I've only learned by people raging at me (my q2dm1 remake for QL attempt is a good example - Google it if you want). Sure, you can say that it's not a 'faithful remake' but it's not even the same map anymore if you remove crucial parts of the gameplay...

Some of those are quite significant issues. Important items are easier to get, much more difficult to defend and as a result it plays more like an FFA map now than a duel map. The reviewer obviously needs to play the original a ridiculous number of times more as he still managed to overlook a number of major problems.

Negatives aside, it runs smoothly and looks great! You really used those waste textures well in the CPM version to get that brilliant Q2 feel to it. Lighting is spot-on, bots play the map without any problems and go for all the items, even the Mega.

If I were to look at this map as an original map or a major redux of another map, I'd give it an 8/10, but if the intention is to capture the original gameplay then it's a 3/10. I'm not quite sure which one to go with this since it is reasonably enjoyable so I'll just average it and give it a 5.5. A good attempt but in future keep an eye on the smaller details.

Glad you liked it. 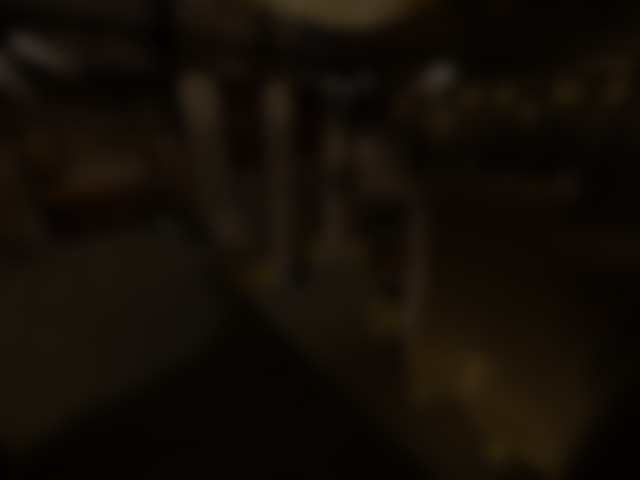