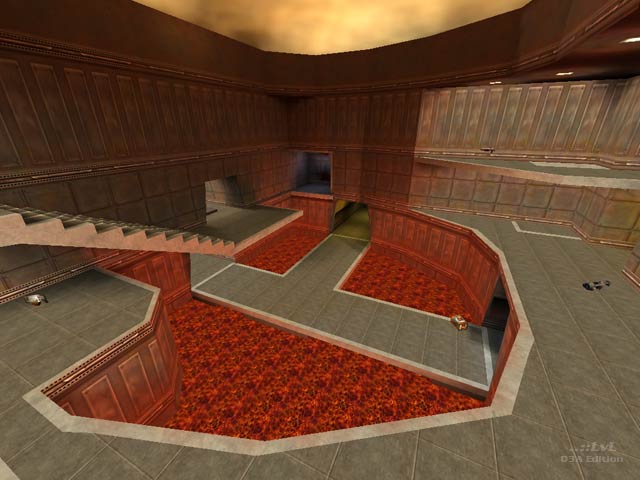 raspatan Rep. 4239
#11   04 Oct 2020
@Foralarx Nop. It fails with that too (and no other single map fails). I get:
Error: BotLibShutdown: bot library used before being setup
recursive error after: VM_Free(qagame) on running vm
Tried google and no solution found. It's a really nice map but, well, there are others.
Agree (0) or Disagree (0)

Congratulations, its a very good remake!

Tig Rep. 1234
#5   25 Dec 2006
Review details have been corrected. Thanks Foralarx!
Agree (0) or Disagree (0)
Foralarx unregistered
#4   25 Dec 2006
Thanks for the feedback Rome I'm glad you enjoyed it. With regards to the teleporter ... one of the great things about the map was the cat and mouse feel of going to get the mega and knowing your opponent was most probably waiting for your return rail gun in hand on the ledge above. I watched some great games (RiX vs Immortal - demo now in avi format on the Zathusia (or something like that) website). I didn't want to lose that feeling. But I'd certainly consider an item and slight layout changes if I was to redo the level as my own design, in particular to that plasma room as you mentioned, maybe even linking the mega and that room somehow. Anyways glad you enjoyed it for the map it is.. a remake :)

Rome Rep. 21
#3   25 Dec 2006
I particularly love this map, one of thoes maps you enjoy playing over and over again. I liked that the author respected the visual part of it, keeping that old school feel, like playing Q2 again. Real keeper. Not a map for rail haters I have to say.

The one thing that I would of changed is instead of putting a spawning point where the MH is , put a teleport, instead of having to go back the same way. The plasma room could of used some better design.

Its a map good for many mods too which is always nice. 9/10

Agree (1) or Disagree (0)
Anonymous unregistered
#2   25 Dec 2006
Thanks for the feedback J2KoOl63 and the review (?). I really wanted to capture the feel of the original and stay as faithful as possible to it. I hope it brings back a few fond memories for some and for the rest, well, I just hope you enjoy it.

By the way (note to the reviewer) Match1.bsp ("Reckless Abandon") is an entirely different map to Q2DM1.bsp ("The Edge") and was the last official ID quake 2 map released in the final Quake 2 point release.

J2KoOl63 Rep. 70
#1   24 Dec 2006
I didn't even look at the review before downloading this one, and once I had and ran down the hallway with the mechanical doohickies it started to become very familiar. It was that one map which I lost badly in a Quake 2 tournament match...or...uhh... Match 1. It became very obvious to me once I saw the red armor and rocket launcher placed in the same way and the room with the rocket and mega situated at a place where you have to walk a rotating path that can spit you right into a pit of lava. I knew the bots wouldn't like that or any other thing that had to do with lava involved, but they surprised me. They had actually put up a fairly decent fight, but not one that was too hard.

I know it wasn't visually exciting or anything like that, but I'm kind of glad in the way that the author saw no reason to completely add on too much architecture to ruin the whole surface and look of the map it had in previous games of Quake. It looked to me that Foralarx wanted to keep the same style it had before, and I'm very glad he did. I'm also happy to see that there was hardly any changes to the map's layout itself and item placement, although it did appear much larger than the Quake 2 version. 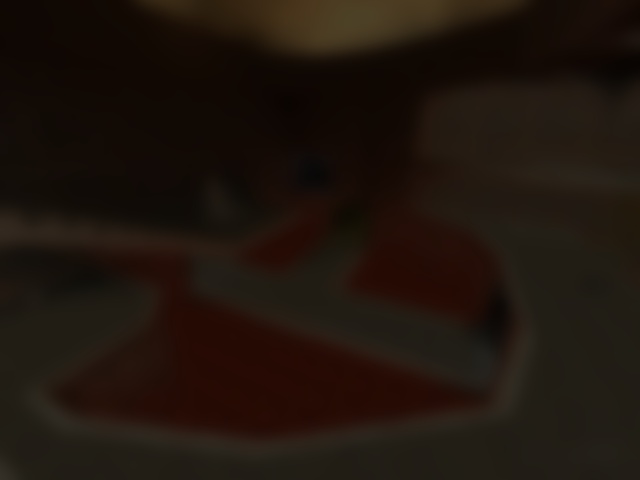