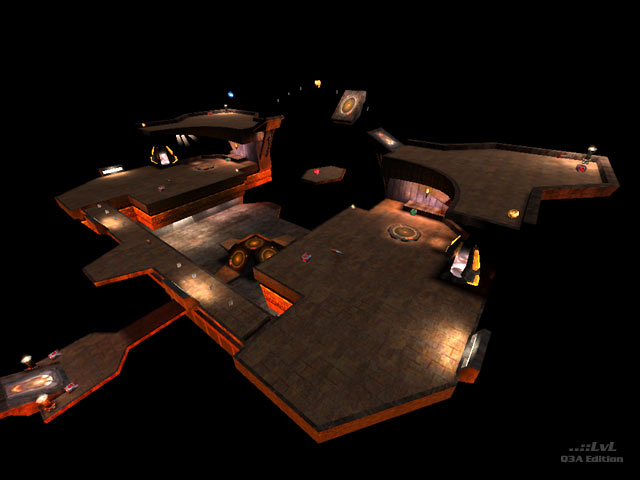 **Preview only**
Be sure to submit your comment
Submit
Preview
Cancel
Submitting comment...
Ilya unregistered
#10   02 Oct 2017
I added the bots, it's easy. The program GtkRadiant has a utility bspc.exe you just need to enter in the command line -bsp2aas dayta_dm17++.bsp
Agree (1) or Disagree (0)

Chunky Kibbles! Rep. 236
#9   15 Feb 2015
Looks like a really fun map, as DM17 is one of my favorites anyway. It's too bad there isn't any bot support at all, not even from trying to add them from inside the map. No fun to play all by yourself! My buddy's Q3 server is down right now, so I can't even see how good this one really is. Sorry to say it, but that hurts the vote.
Agree (2) or Disagree (0)

KommissarReb (SW12) Rep. 2210
#8   05 Sep 2014
There is a PainKeep Arena map that looks exactly like this that includes weapons like the Nailgun, Bear Trap, Sentry Gun, Explosive Shotgun shells, and Cans o' Pork & Beans. The latter of which replaces the rocket launchers near the teleporters, and the two upper ones are replaced by the Nailgun & ESG. I played the PKA version of this map, and as long as you're playing the mod, its a lot of fun.
Agree (0) or Disagree (0)

impaler Rep. 10
#4   21 Apr 2007
looks interesting, but my proplem was that the map has no bot-support. so I made a aas-file, but bots play extreme stupid and jump down from the map everytime. if someone want to test it i can send you the file, but it makes no sense to play against bots. (sorry for my english)
Agree (1) or Disagree (0)
Pasquake unregistered
#3   27 Dec 2005
Pratically is the Q3DM17 XD
Agree (0) or Disagree (0)

d3mol!t!on Rep. 70
#2   20 Dec 2005
The orange glow looks cool, especially since the skybox is the black space :)
Agree (1) or Disagree (0)
hey buddys unregistered
#1   20 Dec 2005
dayta here .. thank you for adding me to the site and also the nice review comment. id like to explain some of my decisions here
why again a dm17 .. well i dont like rail .. nor mg on dm17 with 350 ping when q3 came out well but theese days rail looks more noob to me then bfg its to easy to hit and yes .. thats not a right or wrong issue its just an opinion. so i put rail out .. and MG out .. shutgun as well but .. hmm what about some rockets .. rocket only was allready done with a small mistake btw but ok. i wanted this boring spawn frags beeing avoided so i add some more spawn points and more much more armor at spawn also weapon allready given. it can become very messy in there also with 2 player its hard to run out of ammo. some overbounces and speed bounce provided as well many ways to cross the red armor platform very fast from each level. actually i didnt remake the q3 map ... its a remake of an old quake2 map i was refering to concidering the textures i set. i also kept it dark because all the brightness makes it too easy its like having wallhack on :) darker its more experience needed to make great rocket catch shots also plasma can look very great on long distance rape or enemy. the grenade is also not just for fun .. there can happen some very unusual things. also using grenades to jump .. instead of rockets or pads .. that can help at some very nasty jump combos.

and btw .. i was mapping for q2 alot .. then i forced me to learn radiant .. this bitch editor is still crap but i was mapping for lets say one year .. planning and textureing and thinking and and and .. and my actual map is still not done .. this dm17 remake was done in several hours just for a small break during my endless time on my main mapping project .. unfortunatly i lost many times my data so i cant proveide what i planned .. i had a step by step build up each bsp each map version wich changes in a website for newbies to look at what to do and how to do.. how a map gets build step by step.. well .. the last version is still saved on other computer i missused for bsping .. atm i cant tell if i find the time to get on with my work .. it appears to me that quake3 lost its time ... maybe i need some more faith that its still not to late to finish my work befor q3 is gone for ever ..

thanks for your time and comments feel free to ask or moan about everything each comment is welcome dayta@gmx.net or here xiya later if some people would like to play some more i could easily switch my dayta_dm17 server back online so its permanently online running on that map. xiya later and beware the lava .. hehe

hint for trick jumper .. its insane BUT possible to jump from base platform to the old railgun platform AND back ... without shooting one weapon or using a jump pad .. forget about trying .. i think its only possible to detect by recalculating maybe tschoukeys tricking bot can solve it .. i only did it once with timescale 0.1 and many trys exact knowing what is needed to do but im not the best tricker around maybe some others handle it .. xiyaa 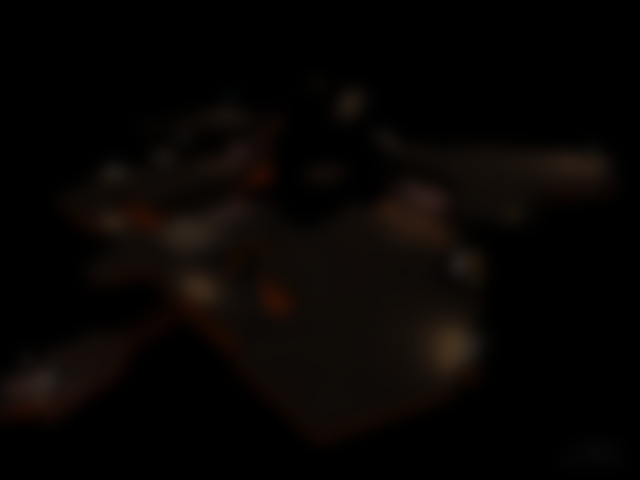