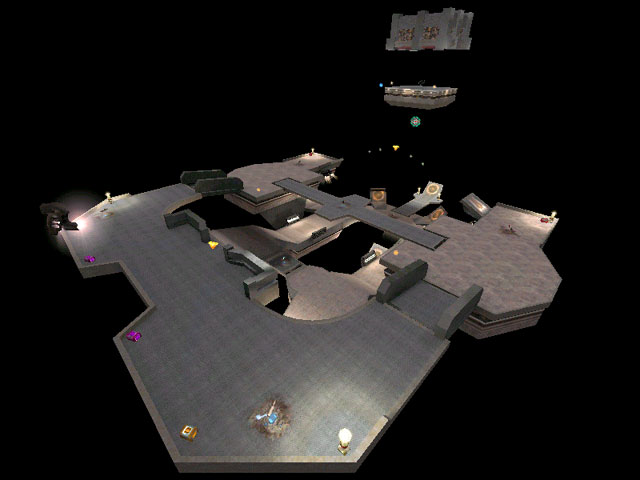 Loved playing this map with the aqualung mod =)

One drawback is one of the lower/bottom launch pads (that shoot you up to the 'Mega Health') may be misplaced; if you hit the first one too high, you'll miss the second one everytime.

Other than that 'one' thing, everything else about he map ROCKS!!!!

Agree (0) or Disagree (0)
RRROOOAAARRR unregistered
#15   14 Aug 2000
A very fun space map - I played this for nearly an hour solid after I got it. Bots run well, the map is well constructed and laid out ( always not quite enough room to feel safe... ) and I give it:

Maybe Quad instead Invisibility would be better?

Agree (1) or Disagree (0)
Octovus unregistered
#11   19 Mar 2000
Well there is no way it can compete with good old DM17, but it may be the closest thing to it so far. Just a little aesthetics tweaking and it would be great. Nice layout, unlike most space maps (with the exception of DM17) it could be figured out in a matter of moments, not wandering around going "OMG where is that RL?" The PG was perhaps a little disused, the central RG meant campers were doomed to die, and things just seemed to fit. It was nice to see the crusher being used in a custom map, but I agree with Tig that in a very nice map it stood out as an odd, almost mistake seeming thing. The invis was just not worth it, because as soon as they hear that "invisibility" from when you pick it up, say goodbye. A quad might truly have made it worth the trip/risk. Still a very nice map, 8 outa 10 from me.

its different from the others out there, which is good.

Agree (0) or Disagree (0)
Jim unregistered
#6   16 Mar 2000
This wasn't too bad of a map. I prefer as much originality as I can get, so I wasn't too fond of having elements of DM17 and tourney6 present, but the overall layout and gameplay made up for that. I did enjoy it and will probably keep it. One thing about the DM17 jump (where the yellow armor is), the pads send you too high, as I often went thru the arc while missing half of the health powerups. And it would have been nice if there was a break in the symmetry somewhere, and maybe a bit easier to be in the wrong place.
Agree (0) or Disagree (0)
QuartZ unregistered
#5   16 Mar 2000
I'm glad to see someone like SCSI3 actually took the time to analyze WHY I made the map the way I did. I generally dismiss reviews this short as those here on LvL. They usually don't look into the map well enough to understand level design.

I always d/l a map if I think it looks promissing regardless of the review it gets here.

btw tigger...where is the texture prob on the square cylinders? I am just curious, cuz I don't see any. 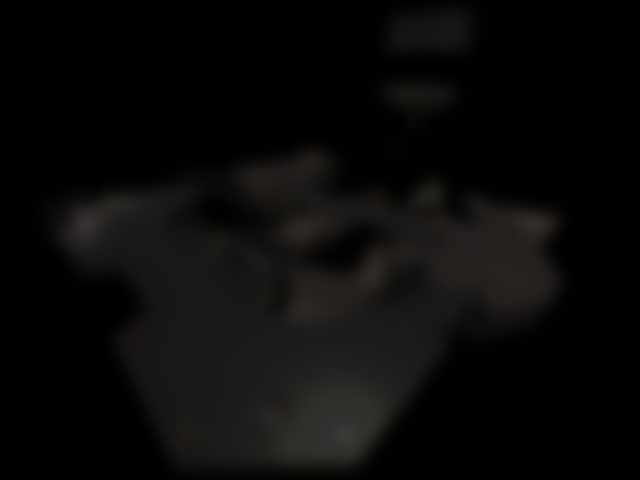