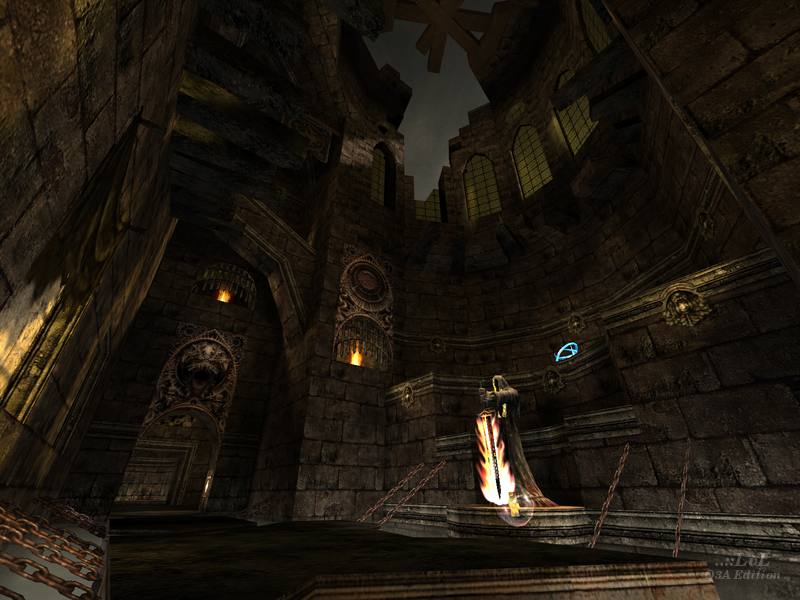 raspatan Rep. 4259
#32   07 Mar 2021
Creepy atmoshpere. Love the well connected rooms, particularly though arches and half destroyed pillars. The quad room looks great.
Only problem I found was with item balance. Having the YA (+RL) just next to the MH feels a bit too much in one space, given that many other areas are empty. Another example is the 30 shards very close to the RA.
Edited 58 seconds after the original posting.
Agree (1) or Disagree (0)

EmeraldTiger Rep. 2443
#31   24 Aug 2020
This map just oozes with atmosphere from every crevice; it's so dark and foreboding and the combat really suits the general mood. The feeling of running down the walkways suspended above the fog, chased by a furious opponent all while there are other players who can easily drop down from above at any time to dish out an easy frag. It's even a pre-installed map in Generations Arena! Fantastic work.
Agree (2) or Disagree (0)

What a fucking amazing map.

and DEMO, i never thought i'd say this about anyone, but - my wife is actually starting to make more sense than you. :o>

Agree (0) or Disagree (0)
{DEMO}LITION unregistered
#15   08 Apr 2004
I just feel 'cat and mouse' doesn't really fit a review on a map. Plus 'cat and mouse', as you described it, happens a lot of times in battle because you chase someone you see out of the corner of your eyes for a while. So this really makes it a gameplay theme in all maps IMO.

"And the architect mentioning in this review seems to try to give a very good visual on what the map looks like before you play it."

I believe you were quoting there just to try and get back at me? Since you think that quote makes no sense, I shall explain: "architect mentioning" = when someone metions architecture on something. "Very good visual on what the map looks like before you play it." = the reviewer has gone into such detail that he seems to be trying to giving us a 'seeing' before we play the map, so that we know what we're in for to a certain extent.

Enough said... retains himself from saying anything more argumental

"And the architect mentioning in this review seems to try to give a very good visual on what the map looks like before you play it."

'cat and mouse' was a bad analogy. my fraggin' buddies and i use that term when we find ourselves hunting each other down and scaring the living crap out one another.

I agree the gameplay may not be to everyone's taste - the map's history conspired against good layout planning. It started as a segment from a single player map I made for Quake (as in quake 1). My original plan was for 1v1 but it got a little too big for that so I added the quad and made it a little larger still in the hope that small ffa's & 2v2 would be fun.

Agree (0) or Disagree (0)
{DEMO}LITION unregistered
#12   05 Apr 2004
waY2Kool, in regards to your gameplay review, 'great cat & mouse fun' is gobblety gook to me. All that says is that 1v1 gives one player chasing another, which after all happens to a certain extent if you play 1v1 defensively (like I often do). A real gameplay review would give comments on which items are where because that makes good gameplay, and which places link to other places to give good gameplay etc.
Agree (0) or Disagree (0)
pjw unregistered
#11   05 Apr 2004
Outstanding map. Haven't played it enough yet to say much about gameplay, but the aesthetics are really sweet. It's now the latest addition to the Kickass Maps list on my site.

it's really not hard to review the gameplay tho. we play with 3-4 ppl. which is about perfect, i wouldn't put 5-6 in here tho - it's too tight for that. 1 on 1 is awesome - great cat & mouse fun, with guaranteed jump-out-of-your-seat action.

Agree (0) or Disagree (0)
{DEMO}LITION unregistered
#9   02 Apr 2004
Gameplay is sorta hard to review about if you think of it; it isn't really that easy to go into detail with how gameplay works (if you do it'll be a boring piece). But I do agree, a review just isn't complete without any mention of gameplay. And the architect mentioning in this review seems to try to give a very good visual on what the map looks like before you play it.

Moral of this story: if you don't like the reviews here, do them yourself; LvL needs reviews big time.

Agree (0) or Disagree (0)
waY2Kool unregistered
#8   02 Apr 2004
yes, the visuals and atmosphere are superb. the gameplay is quite good too and we play it regularly. nice work Glassman.

a keeper all the way.

where are reviews of gameplay... seems to be that all 'J f z' cares about is visuals.

The looks are incredible, and the map is certainly worth a dl for the aesthetics alone.

Gameplay is excelelnt too, one of those rare must have maps. 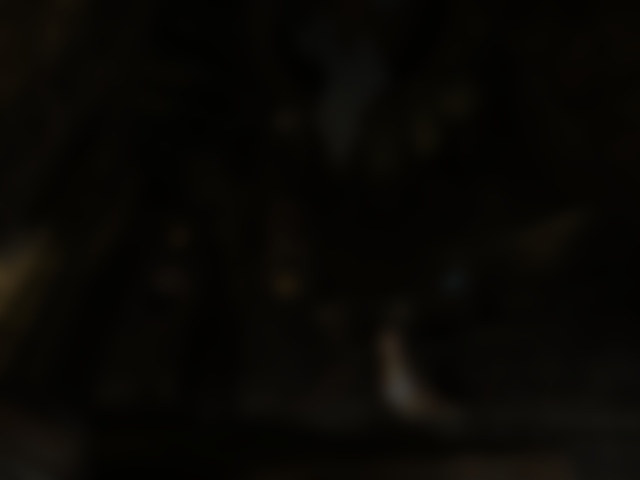