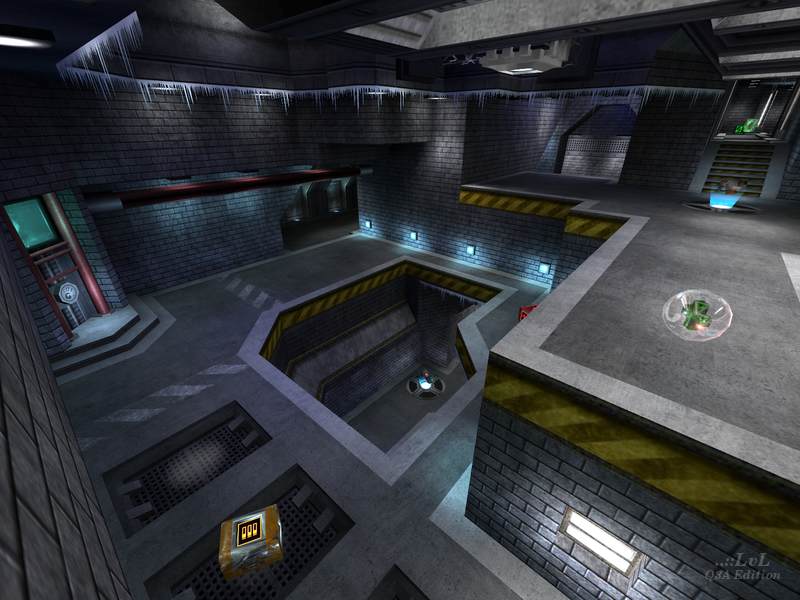 raspatan Rep. 4259
#11   21 Aug 2020
Interesting setting (winter complex) but corridors are too narrow and item selection and placement is not great. The far location of the plasma doesn't make it worth it to get there. And a single 5 health in the middle of the map (see picture)? Much better would have been to put the red armor there, or perhaps the railgun.
Bots play badly. Not really worth it.
Agree (0) or Disagree (0)

v1l3 Rep. 945
#7   30 Mar 2007
There is some great snow maps, but I think this one is gonna have to take the award for being a kickass display of what can be made for Q3A. Hey Yogi...if you still actually stop by here...I'm gonna have to make a request that you make another map..or more at that. I don't think that your capable of making a shitty map.

Hehe, cool! it must be a pretty good secret then :) Well let me tell you now, if you simply go behind the teleporter in the glass room, you will be spawned into a new area of the level. It is pretty detached from the layout of the level, and was never meant to be a major gameplay area, however it was meant to be risky for players to go try get the RA. You take a chance by trying to around the teleporter in an already high traffic area, and once you spawn out there, you take a chance by running down the platform for the RA because someone can easily spawn behind you and knock you off the platform.

I had alot of funny moments in that area of the level.

As for the health and weapons. Yea, I wanted the health to be spread out and not too much of it either. I think more health would have watered down the gameplay for this level. As for the weapons, I tried to make sure that there was some weapon nearby every spawn location, and from a down top view, I tried to make sure that all weapons were far enough apart from each other so that players would find it hard to hog all the good weapons.

Thanks for playing man.

Agree (0) or Disagree (0)
Shagz unregistered
#5   13 Mar 2004
Personally, I like the "looks" and I didn't find it too cluttered. Maybe for a typical Q3 map it might be, but in general I didn't find it obtrusive. One note I do have is that I found the weapons to be spread out a fair bit, and health hard to come by, which may have been the Author's intent. (Hard for recently spawned players to get up to speed, but players who have been going for a bit will be weakened ??)

Haven't found the RA secret yet...

Agree (0) or Disagree (0)
nitin unregistered
#4   08 Mar 2004
This has grown on me over time (had it for a while) but I still think this is like a UT2k3 map, the looks get in the way on too many occasions. Also the its filled with possibly too much detail, almost cluttered in places.

Agree (0) or Disagree (0)
Yogi unregistered
#3   07 Mar 2004
Yea, it is kind of tight in most places. The cave area is a more open area for players who like that freedom, so they can chose to roam around this area more often than other areas. But it was mainly intended to be tight because level because tight levels truly test player’s reactions and aim, and the ability to think fast on their feet. I think this is what made the earlier Quakes so great.

The quad secret is tough. I wanted it that way. I felt like making the player work for the quad in this level because with such an interconnected layout, it is easy to dominate if the quad is made easy to get to. Those are my feelings at least. I played it on LAN a lot and it is very possible to get to the quad more often then not if you do two things: 1) time the quad 2) get to know the map layout like the back of your hand :)

Thanks for the feedback bud.

R.P.G.: Thanks for posting again; I think I read your comments over on Func also? Anyways, if you get the chance, I’d like you to try the level out on a LAN. Like I mentioned in my readme, the bot gameplay is like one big bug to me. They don’t play this map real good. Whereas obviously humans do play better, and that’s really where this map comes alive. So if you get a chance, it would be cool if you could run it through a LAN.

Believe me, I really did tweak this map a lot. This level was probably one of my most detailed levels to date, so it is really hard to pin point every bug. Full retail games go live with little bugs like these – it happens. But I apologies, I try hard to make sure I find everything buggy before I release a level.

Thanks for posting man!

Agree (0) or Disagree (0)
StormShadow unregistered
#2   05 Mar 2004
The map is a little too tight for my taste, a bit more openness and room to maneuver would have been nice. However, the tightness makes it a great map for the plasma gun. Who would have thunk it, the PG being one of the more useful weps in a map..

The quad secret is a little tough tho - you need to know your way around the map in order to get it regularly. But still, a quality map all-around.

Great theme, and good job pulling it off.

Agree (0) or Disagree (0)
R.P.G. unregistered
#1   05 Mar 2004
The visuals are pretty nice. I can't comment much on the gameplay considering I only played it with a bot. I noticed a few things that could have been tweaked a little more (a couple misaligned "icicles" and a jump pad that annoyed me). Definitely worth downloading.
Agree (0) or Disagree (0)




Review

Download

Comments

Votes

Overview

Media

Screenshots

Readme

Bookmark

Browse 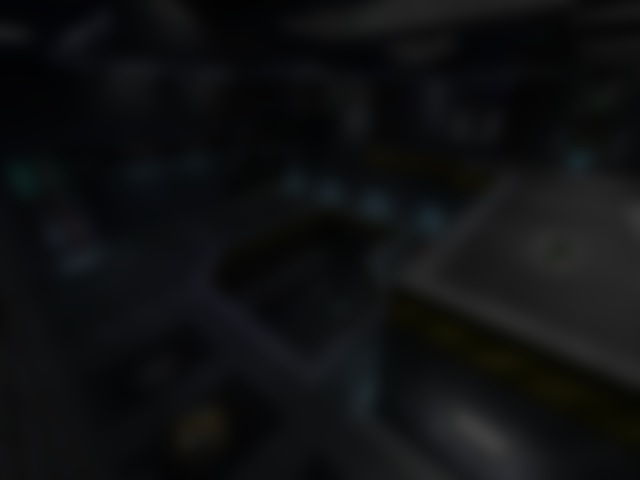