Zargy Rep. 40
#31   17 May 2009
This would have to be one of the best modifications to q3dm17 I have ever seen. Pity you can't run around on our mollusc friend.
Edited: 17 May 2009 AEST
Agree (0) or Disagree (0)
Mark unregistered
#30   01 Jul 2008
WTF? What is the point of having a sentient space octopus overseeing proceedings if you cant land on it? Surfaces are way too rubbery making it the mapping equivalent of the icecream sticks "Bubble-O-Bill." Bots play it really well but be prepared to compensate your aim, it was hard to score a direct hit inspite of players being inside the cross hairs. The rubbery texture made for effective jump pads though. Look out! Here comes Peach and Toad on the final straight! Sickly Sweet. The Maximus Map is living proof that sometimes 2 heads are better than 1...
Agree (0) or Disagree (0)
Gildur unregistered
#29   04 Oct 2004
je nu d'sign bun u' probl'm je ca u'cr'stj'n ca l'è fett nan je bun... p'rà puzz apprezzè ca s'è meis d'm'bign'!
Agree (0) or Disagree (0)
g0r the crazy hell demon unregistered
#28   13 Sep 2004
holy shit man.......im speechless. The ammount of creativity that was put into this map OWNZ. You too OWN for developing a masterpiece of artwork such as this excellent q3a map.
Agree (0) or Disagree (0)
dEaTh unregistered
#27   20 Sep 2003
too bad this wasnt an original map. i would like too applaud LordSquart for this cool and rather hilarious remake of the longest yard. thats the reason for the 10/10. never seen anything quite as creative. he even offers various color themes. keep in mind that you wont be able to play it just by putting in the map file. youll need to use the link provided by the main comment in order to dload one of the color themes. make sure that file goes in the baseq3 folder with the map file or else it wont work. i believe the colors are red, yellow, green, blue, and pink, but there may be a few more. great map. if anyone makes a ORIGINAL map with this theme, i would pay them. nice idea, and its rather hilarious as i said before, because you rarely expect to see an octopus with funny little eyes in a game whos sole objective is killing. good ideas and good design. brushwork is rather simple and monotonous, but nothing else will do with such a funny map. good job.
Agree (0) or Disagree (0)
Opja unregistered
#26   05 Sep 2003
this is.... cute! i love dm17 and this is possibly an iprovement on the origonal. and to everyone complainin about bots: bots suck on any map, get online! thats what quake was made for. nice map once again, mi'Lord, keep it up. but really, lay off the pot, its really bad for ya.

I dont like it being dm17 clone, but the geometry is cool.

i pm'ed wvw cause of the error and used the same hunkmegs/zonemegs, but there was no improvement. would you mind to give me your cfg for a while so i can review the map?

Agree (0) or Disagree (0)
LordSquart unregistered
#22   02 Sep 2003
thanks again for this great comments .. i appreciate that everyone like the originality of the map ... about bots.. yes i said bots really sux! It was a pain just making them appear in the map ...

nice : Where in the world did you get the idea for this? I dont know ... but i can say there is a long story and work behind this map :D

Mr. Squart, great idea and brilliant construction. Really gets the player involved by allowing them to make color schemes of their own.

Various parts and mice inside wheels:)

Agree (0) or Disagree (0)
nice unregistered
#20   31 Aug 2003
Good map...I love the cel shading.Where in the world did you get the idea for this?Very refreshing to see someone go above and beyond the ID texture set(BORING).9 for creativitly alone.

Bots do suck,as something else stated, and leave plenty of oppertunity to tear them to shreads.

Get another creative idea,make bots play better,increase the fps a bit for people with slower systems and people will love you.

I dunno what your problem is...

thanks for the vote waiting new "great" maps from you :D

Agree (0) or Disagree (0)
Jax_Gator unregistered
#11   25 Aug 2003
I grabbed this one back when it was first released. Very, very cool looking map. Reminds me a lot of quint's q-dolphin map with the use of all the curves. You've always loved your curves haven't you LS? ;)

Anyway, the map looks great but I am not sure how it plays as I just strolled around and checked out all of the cool looking structure.

8/10 from me for aesthetics alone.

And about the FPS, i know about this .. it is an experimental map sorry about that...

anyway thanks for this great reaview from tig himself :)

keep up the good work everytime ...

Agree (0) or Disagree (0)
Captain_SourPuss unregistered
#1   23 Aug 2003
Quite a nice change and good twist to this ever so famous level.

I don't have a fancy video card...normaly this type map shows 50 to 60 fps on my meter.

This map runs about 6.

I fell off the platform and ended up running around the bottom of the skybox. Bot's did the same thing a few times. 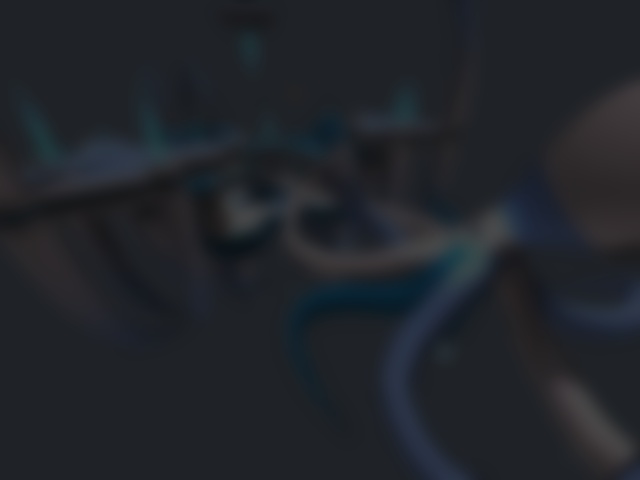