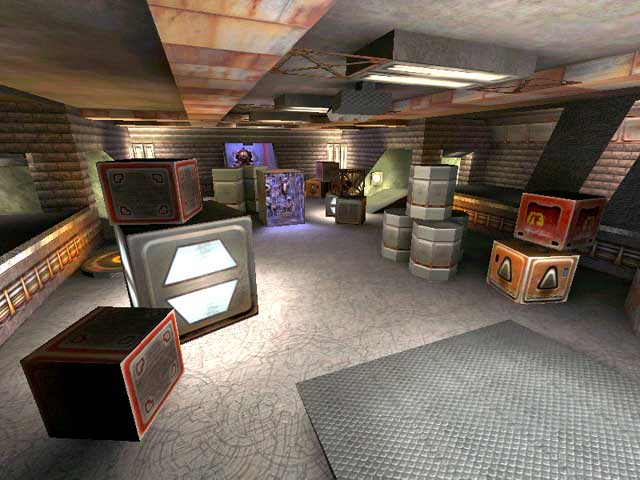 I think the atmosphere is nice regardless, and playing this map made me think of Babylon 5 with all the industrial/tech themed textures, but not the brick walls.
Edited 1473.2 days after the original posting.

And yes, on the note of the tasteless flag- I had forgotten about it between the time I played the map and when I reviews. It definately doesn't belong there. Is this also the map with the picture of the dead pig or whatever it is in the loading screen? Or was that something else I probably reviewed recently. Let's stick to Quake imagery please.

I'll probably eventually delete it as well- I just can't stand the fullbright areas- that's why I gave it a 6- I usually don't keep anything I give anything less than a 7 or 8. No one hardly ever plays these maps on servers anyway- and I almost never play with bots.

Agree (0) or Disagree (0)
Mark unregistered
#4   08 Mar 2000
Sorry, I have always liked the "wharehouse" theme for a good DM level but this one has some major flaws with the carboard thin walls and the bad layout of the boxes. The last thing that made me delete this puppy off my hard drive after about 10 minutes was the dumb ass image of the guy holding a gun next to the babys head..doll or not it's uncalled for and sure doesn't do anything to help out with issues of race, violence in games, or all the other negative problems we got in this world...Joke or not it has no place anywhere and the creator made a poor judgment in adding it to this map.

I agree with the original assessment - the gameflow is just not there. Plenty of the boxes are just a bit too close together, creating one-way-in/one-way-out situations, not great for creating cat/mouse hunt situations.

And that poster... utterly tasteless.

Agree (0) or Disagree (0)
0ozE unregistered
#2   06 Mar 2000
Over-bright textures...like in alot of the space maps...really urck me. It seems brightness must be one of the harder elements to control properly, as this is a complaint I have in many user made levels.
Agree (0) or Disagree (0)
Jim unregistered
#1   05 Mar 2000
Not a bad layout. The concept was carried out well throughout, but one thing I didn't like was that some areas were maximum brightness- to me it just looks odd when the floor becomes a featureless white texture.

One odd thing was the suicide chamber (the room with the plasma gun where the door locks behind you. It should be possible to shoot the trigger from the OUTSIDE of that room, not the inside. Hence only the one in that room can activate the trap, killing himself. If the BFG were in there and the switch on the outside it would have made it more interesting (at least the BFG would lure players in there, whereas I wouldn't go in there for a plasma gun knowing I was likely to get killed for it) 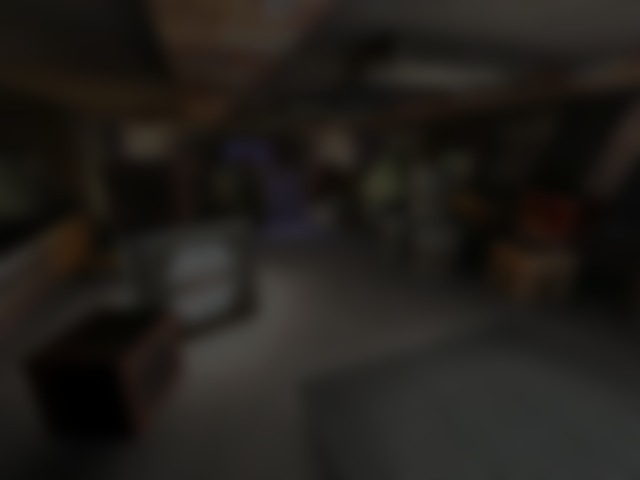