Place a Domination point in the middle room in front of the Sub Rover, and one in each of the Atria.

...definatly agree there. Some review sites have raved about this map, for me personaly it has some realy nice touches, just lacks any gameplay in my opinion. The author shows 'great' imagination, I just hope they stick with the editor.

Agree (0) or Disagree (0)
Shallow[BAP] unregistered
#1   06 Jan 2003
I downloaded this one with a view to reviewing it, did a draft but never tidied it up for submission. So here's a 'second opinion' for you:

An undersea base provides the setting for this arena, decorated mainly in (the author's?) custom textures. Chunky brushes give a reinforced feel, although some smaller brush details and more texture variations might have been a good way to break up some of the longer walls. A minisub, diving gear and a moving crane adorn a docking bay, and another sub can sometimes be seen passing lazily by through a window. An exceptionally cool custom shader effect marks the jump pads and teleporters - although using the same effect for both is initially confusing.

Sadly I can't enthuse about the layout, which pretty much boils down to three rooms strung along a zig-zag corridor. Movement through the map is mainly running up and down that passage, which results in a lot of encounters in the middle room and the stairs either side, and most of the traffic you see in the multi-floor end rooms will be due to spawning. A more compact arrangement of the rooms with more connections would have worked better than having dead ends. Item placement is just about OK but with some odd choices: Two megahealths and two powerups in a map this size is questionable. The crane trick to get to the Quad is novel, but proves irritating especially since there is no real hint that the gantry's interior is lethal to touch. Botplay is OK.

A promising first map with some cool features. Despite my reservations about the layout you may well find it entertaining for a few rounds. 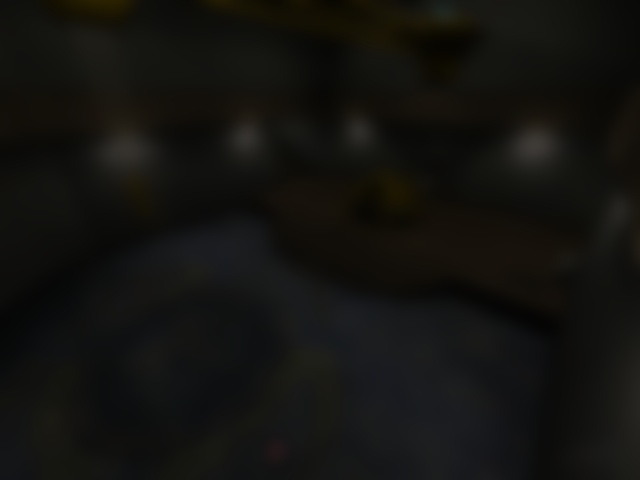