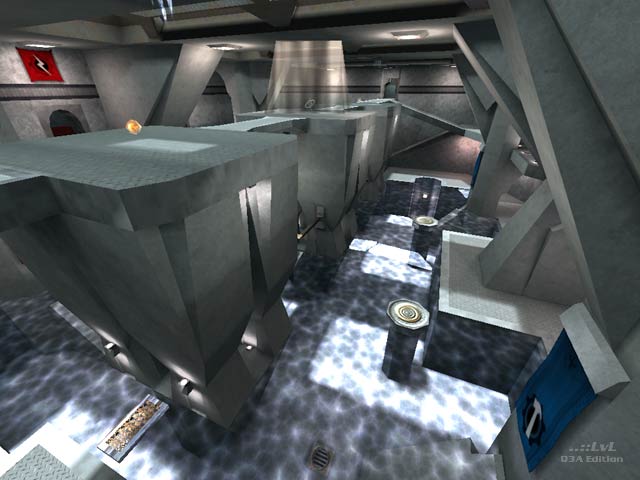 **Preview only**
Be sure to submit your comment
Submit
Preview
Cancel
Submitting comment...
SW12 unregistered
#20   18 Jul 2010
I know and love this map, thanks to Generations Arena v.99d. It came with the mod and I think its a lovely mix.
Agree (0) or Disagree (0)
MopAn unregistered
#19   31 Oct 2002
@Seretam: Thanx for the flowers :) The idea with the staircases is fine. It could be a problem with space to build that staircases at the towers but why not. Yeah, I reduced the filesize every time. The Alpha-version got 9 mb.

@Hydrus: Hi, thanx for comment. Nice to see you back, time ago that I see you at q3world-forum.

Agree (0) or Disagree (0)
Hydrus unregistered
#18   29 Oct 2002
played the beta version a while ago... havnt got this one yet but just about to add it to the queue. Beta version was fantastic so this can only be better. Recomend a high spec gfx card to play well though... my old ati just couldnt cut it without vertex lighting and minimal res
Agree (0) or Disagree (0)
Rank2002 unregistered
#17   17 Oct 2002
excellent! work!
Agree (0) or Disagree (0)
Seremtan unregistered
#16   15 Oct 2002
This is top-drawer. The atmosphere (especially the sounds) are excellent, best I've seen (or heard) yet. My strategy is go grab the RG and wait for even more ammo to respawn, then return to the base, grapple up one of those spires, and practise my long-distance railing. Hilarious fun! Thing is though, you put caulk on the tops of the base spires, which looks weird when yr standing on them. Just two towers with staircase going up would've been even better for defence, but I'm not complaining. Thx also from a 56k guy for such a compact download of such a big map, BTW.
Agree (1) or Disagree (0)
Todtsteltzer unregistered
#15   14 Oct 2002
Oh, and btw. no probs with TA for me :-).

P.S.: If you like the style and the size of this map, have a look at this one too:

Agree (0) or Disagree (0)
Todtsteltzer unregistered
#9   12 Oct 2002
I can't understand why someone voted with 0 for this excellent map. Maybe the size of this map isn't everyones taste but surely it deserves a better score than 0. Just voted a 9 again ;).

Agree (0) or Disagree (0)
eeatha unregistered
#8   10 Oct 2002
mopness releases a map o/
Agree (0) or Disagree (0)
MopAn unregistered
#7   10 Oct 2002
lol, thanx rrroooaaarrr, did I mentioned that the alpha of Polaris was much bigger? :) Yesss, I love huge maps and enough space to move so that the player could think about where to go! It's more tactical if you can choose your way.

Thanx for high vote! This will push the average number cause someone voted with 0 , this isn't fair and very bad I think (sniff,sniff)

Agree (0) or Disagree (0)
RRROOOAAARRR unregistered
#6   10 Oct 2002
Bloody hell...you need a packed lunch to get from one side to the other! Excellent! I'm sick to death of titchy little maps that are boring and cramped...bring on the colossi!

Lovely ice'n'snow texturing too, especially the icicles. It will take a while to get the hang of the overall layout, but IMO it's more rewarding to have a hgue map that takes some effort to get to know, than some broom-cupboard-sized effort. I reckon this would rock at LANS...

Only tiny niggle-ette would be that I reckon the flag bases could use some more detail work, they feel a little bit bland ATM.

Agree (0) or Disagree (0)
MopAn unregistered
#5   10 Oct 2002
Oh, that's a long story for this review coming up here. I was very happy after I saw in the queue that someone reviewed Polaris. It can be horrible sometimes to wait months for a review at lvl. This time it was ok. Thanx again.

Yeah, we build up a whole project named 'mars-project' at LE forum of planetquake.de. We are appr. 12-14 members who want to bring out a kind of theme based map-pack in early February. There is a story behind which told the settlement of man on mars some day, after terraforming was going on for a few years. This will be great!

After that I plan to create a deathmatch map and a series of team maps which are theme based but a little secret at the time ;) . My god, this should take years... ;)

Agree (0) or Disagree (0)
Meatboy Dogfood unregistered
#4   09 Oct 2002
Thank you for the effort to make such a good map. You can tell in the finshed product that you took some time to make it right.

The reveiw almost never happened however. I pulled the map from the quque. and played it but never could get my system to run it on TA no matter what I tried. I even sent an Email to Tiggur to see if he could get it up on TA. When he able to make it work on TA I shelved the reveiw I wrote, so that someone else who could see the whole picture would reveiw it.

A month passed then another month passed and the map had not come off the quque. I by this time had played the map with some buddies and decided to dust of and rewrite the reveiw because I wanted to see this map get out to the community. Glad to see that it is being downloaded. So you gonna make more?

Great release, if you have enough friends to fill the space

I'm very proud to get such a nice answer and feel that every second of work on this project was worth. It is just the story (you told) which carries the intention of an idea...have fun peeps :) 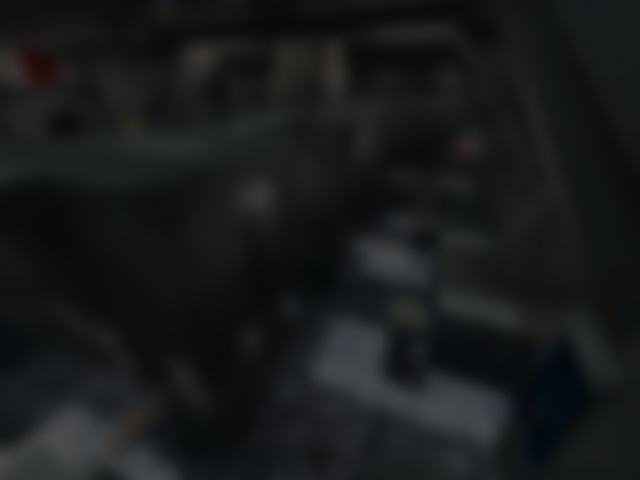