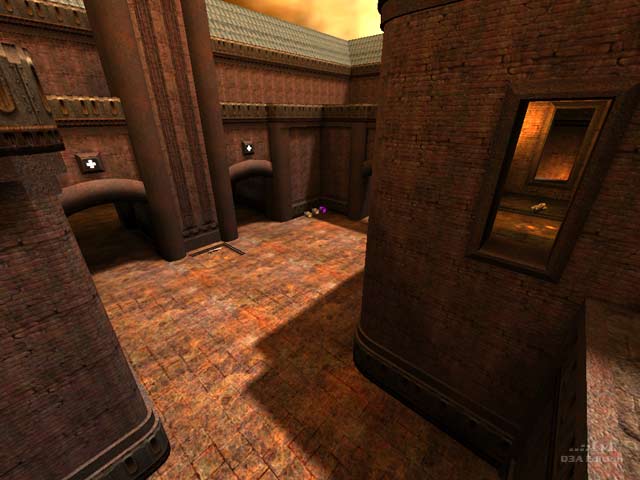 HelterSkeleton Rep. 5311
#8   02 May 2021
what would help with connectivity here, was if there was access to the sg/pg area from the ya corridor without needing to go through the invis/mh area. some of the crates could have been replaced by either stairs or pads.
Agree (0) or Disagree (0)

Oh, and btw, there is no way you could have a good game with 12 players on this map. I'd say 4-6 would be best. It's not that large, I guess it just feels larger than it is because of the "massive" style of the architecture.

Agree (0) or Disagree (0)
Grudge unregistered
#4   28 Aug 2002
I kinda like this map. The atmosphere is really nice - the architecture feels very solid and massive - although the texturing is a bit too simplistic in some places (the tiling of the brick texture is too obvious on a couple of walls).

The gameplay is ok, but could have been better. It's too flat - with more verticality this map could have been a real winner. There are a couple of dead-ends where a jumppad or two together with another level of floors would have been great.

I don't like the invis, that ruins most games, and it's just plain boring. The item placement could also need some fine tuning. But all in all, it's a nice map with a fair amount of potential, but sadly it falls a bit short on stuff that could have been made better with some beta testing.

I play with 4 bots on hardcore and 200 in frags and the boosterspeaker on high.

My eyes bleed I promise.

vere you grab the rail and jump down over ther heads and blow them to peaces. Nice...

And some things from CS-maps as well,those boxes, fore ex. 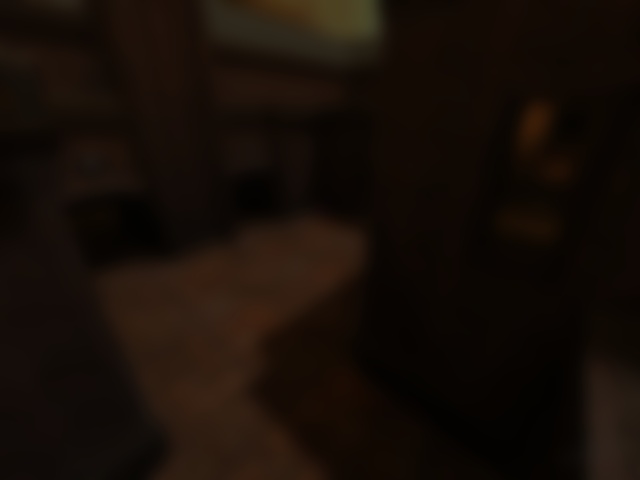