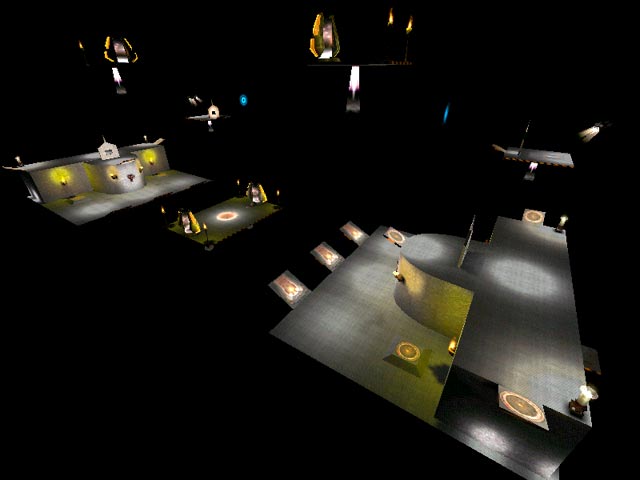 I wrote "I watched a screenshot of his map and, ok, it was a bit like the one I've did"

AFTER I've made my map!

So don't say that I have copied your map!!!

If I would have seen that screenshot BEFORE I've made my map, I would never done it, OK?

I have never in my fucking life seen/play/coppied/rip-offed/hear about you goddamn map!

And this is from your site...I watched a screenshot of his map and, ok, it was a bit like the one I've did

After seeing all the fuss here, and on the Q-board I really thought "S.W." was going to be a total rip-off of "A.N.A.F.".

Not really, like Tig said, there are similarities, but its not a rip-off !

Hey <<MiLeS>>, being as this is your first map, you must be well pissed-off to all this negative feedback if it's true that you didn't copy Ruut's map.

Make some new stuff to show every-body what you can do.

That should lay all this shit to rest.

I have never in my fucking life seen/play/coppied/rip-offed/hear about you goddamn map!

Agree (0) or Disagree (0)
Skeeve unregistered
#19   01 Mar 2000
There are definite similarities but then again the more likely reason for that is that both maps use the 2 bases in space approach to mapping. That isn't all that fun at the best of times but was done better by q3ctf4.

Neither map is great but Ruut's map is more polished than that of miles just a shame about his manners. ;-)

I HAVE NOT COPIED HIS GOODAMN MAP!!!

Agree (0) or Disagree (0)
Æ unregistered
#16   25 Feb 2000
This is a blatant rip-off. Sure, a few things have been changed here and there, but the similarities between the two are just too common to be a co-incidence.

I have "ripped-off" many maps in my days, attempting to learn techniques and get ideas from other people's work, but to release it with your name on it and give no credit whatsoever to the original authour is just pathetic.

It could be a major co-incidence, but I highly doubt it.

I think the admins of this site do have an obligation to ensure that they aren't distributing work like this - it's only going to encourage others to do the exact same thing knowing they will actually get away with it.

In my opinions the maps will speak for themselves and probably be used for different purposes.

Space war seems somewhat limited in flow terms with the propensity to camp encouraged by the placement fo the platforms and "shields". In addition to which the items placements basically convert each end to fortresses in which people man their posts.

The game play becomes stale very quickly with the game punctuated by occasional rushes through the teleporters (which I still think look crap BTW).

Any more than 2 players and you get stand-offs all over the place since the generous ammo near the weapons near the shielded platforms means you can stand there all day laying down suppressive fire (esp. near the purple sponge guns with their commanding field of view).

I dont' know why but on my set up the entire sky and some objects are made up of the gray and white texture. Yet on other space maps it's fine. What are the graphics settings to get the sky working and since I'm currently getting 70FPS on other space maps with no graphics problems will these settings slow my whole machine down?

On the whole the map was ok but definately not a laster. Night at the Fragbury is however still on our server.

Agree (0) or Disagree (0)
[-V1Ru5-] unregistered
#13   23 Feb 2000
Heres my point on the Rip off subject. If your map wasnt good , His map wasnt good, Then why the hell rip it off the guy mad e his first released map leave him be and make another better map. I meen seriously, its not like its ztn's beatbox , or maps from id. There is no reason he would rip you off less he knows you personally.
Agree (0) or Disagree (0)
SillKill<ARJ> unregistered
#12   22 Feb 2000
Boy this is silly. Maps are maps and some are the same "felling"?

They are meant to play and have fun. there is no copyright since ID owns the whole thing. Just have fun!

Agree (1) or Disagree (0)
bah unregistered
#11   22 Feb 2000
How "original" can a space map get? Make some floating platforms, add some jumppads, add weapons and you have your basic space map. Sure, there's possibilities for innovation (ever heard of that funny word called "asymmetrical?"), but there's not a whole lot you can do in one large box.

Take it as a compliment that someone might have seen your map and been inspired by it. Or if the author didn't even see your map before he made his, punch yourself in the face and realize that you must have had one hell of an unoriginal map if someone else made the same thing with no prior references.

Note: I haven't downloaded the two maps in question, nor will I since they both look pretty poor.

The I wanna say to RuuT, that I'm NOT a ripoffer/copier!!!

How could I make a copy off your map, if I never seen it??

Now I have downloaded your map, and ok, it was a bit the same but not much. What's the big deal? What are you afraid off??

At last, if you feal wrong treated, I'm sorry...

BUT I SWEAR THAT I'VE NEVER COPIED YOUR MAP!!!

Agree (0) or Disagree (0)
RuuT unregistered
#9   22 Feb 2000
Kanaeda im on no egotrip. If I took nbc's logo and added another letter and kept the same look does it make it my logo now? This has nothing to do with me saying my map is the greatest either, because its not but having someone completely rip it doesnt make it their map and thats what I find annoying. I think the guy who ripped me is only proving my point because he hasnt responded here or through any of the other ways I have tried to reach him. He knows he did it.
Agree (0) or Disagree (0)
kanaeda unregistered
#8   22 Feb 2000
hey RuuT... nice attitude. why don't you come down of your ego trip and stop acting like a child.

What are you so worried about anyway? You think he's gonna give you/your map a bad name? Why not just sit back and let your mapping do the talking for you.

go spend some time mapping instaed of bitching about 'rip-offs' of your work.

and no, i haven't seen either map, nor do i plan on it. space maps aren't my thing, especially being stuck on a 56k modem. But, just your attitude alone makes me hesitate a d/l of your map no matter what scores or reviews it might get.

Agree (1) or Disagree (0)
Tigger-oN unregistered
#7   22 Feb 2000
RuuT/G.C. and anyone else that wants to talk about this topic, its a good one to be discussed - take it to the Qboard - games.terrafusion....oard/thread.asp
Agree (0) or Disagree (0)
Mandog unregistered
#6   22 Feb 2000
Truthfully RuuT having played both your level and this one yours is a lot more likely to stay on my HD. Your not doing yourself any favours suggesting they are more than superficialy alike.
Agree (1) or Disagree (0)
RuuT unregistered
#5   22 Feb 2000
Thanks to the guy who runs the site for not helping out a mapper who has been completely ripped off by this wanna be and not removing the map per my request. The admin says this map is like mine but not a rip. Go look at a night at the fragsbury and tell me its not a rip. If you take a map someone else has designed then add some weak minded things to it, it doesnt make it your map or a new map. Thanks admin for supporting mappers who get ripped by allowing it to occur and do nothing about it. I bet if it was a big name mapper you would do it in a second.
Agree (0) or Disagree (0)
RuuT unregistered
#4   21 Feb 2000
Way to completely ripoff my map and make a totally crappy version. I cannot believe that the guy who runs this site posted it since its such a blatant ripoff of my map. Why dont you come up with your own ideas? I suggest you remove this file from here and to the guy who ripped me off I suggest you take down any and every link to this map immediately.
Agree (0) or Disagree (0)
NNY unregistered
#3   21 Feb 2000
no what is it then

its a clean rip off 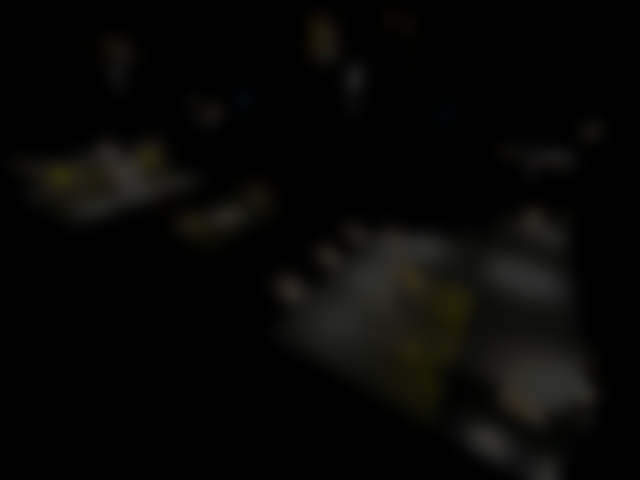