KommissarReb (SW12) Rep. 1920
#36   11 Apr 2013
Personally I would have though this map would be more impressive if there was actual water below like in Hibernia. I kinda wish there were just catwalks instead of jumppads and more interior inside the buildings.
Agree (1) or Disagree (0)

Hooyaah Rep. 490
#32   20 Feb 2010
The review above by Mr.MoNoPoLy and the comments below echo the true value of this map. One can truly appreciate the large amount of effort that was expended in order to produce such a spectacular floater. The sky box really compliments the architecture and if you look down you may even experience vertigo. Particularly well appointed detail and excruciating adherence to attaining perfection make this offering a real gem.
Agree (0) or Disagree (0)

The best map in the world!

XTOS Rep. 0
#27   19 Jan 2006
My all time favorite map, most colorful , enjoyable and most fun enviroment to do your fragging. Mastering this map is not easy at it seems. The more you play the more you learn , I must say a "gratz" to Cyben for the good work. Both RG and RL users will find it challenging . The map's geometry and size make it easy to pick up speed and rocket jumping of the jump pads make it excellent , the maps doesnt have those annoying sky limitations, the better you are the faster you find your target in the game. Try this map , you'll see that it will be your all time favorite too
Rating 10
Agree (0) or Disagree (0)
extech the dungeonmaster unregistered
#26   30 Jan 2005
This is one awsome map, and im very pickey

Been playing this with the new Corkscrew Mod.

Made for each other. Superb.

Though the toilet is a bit off-putting!

I keep having to stop and check my Hair !!!

bot play was fine and i found my rail skillz we're well used.

i would of done away with the secret areas because of the lamer factor if this map ever makes it online .

overall i liked it but not half as enthusiastic as what i see here .

Agree (0) or Disagree (0)
fun level unregistered
#18   15 Jan 2002
It's a fun level, great as a nice break from all the gothic seriousness I see on other levels. An amusing rotation with the 'matrix' level and 'troubled sleep'.

Definitely best with 3-4; that number means someone is always sniping somewhere, and can make for some tense standoffs and hilarious air-frags.

More than that it's complete chaos, and to me some of the charm of the level is lost.

Agree (0) or Disagree (0)
[-nuMen-] unregistered
#17   15 Jan 2002
simply great!!! i played it with Cyben! ...Great!
Agree (1) or Disagree (0)
Octovus unregistered
#16   14 Jan 2002
Well I'm not sure about the "shining example of what radiant can do" comment? But anyways, it is quite a fun map. There's just nothing techinically marvelous about it (besides perhaps substituting a telephone for a teleporter, which is like any other tele model switch).

It makes for a nice space map in a cool, if somewhat surreal, setting. The jumppad that launches you to the RL is a bit wonky, shooting you off into oblivion if you aren't careful to jump straight on. The no-drop problem does get annoying as you see flea-shaped weapons in the void below you :-)

Inside the buildings is used mostly as a transport method between levels. The quad is almost not worth going for, since you are bound to get shot at - and probably bounced off the platform - if you do, and even if you don't you'll have hardly and quad left once you get back to safety. The regen is much more practical. Weapon placement is pretty good, and despite it's location the RG is not suitable for sniping. It's more usefl as a long range combat weapon...by that I mean you won't be remaining in one place while using it! Also, the washroom area was pretty useless. One SG and a teleporter is about it. But still a cool idea, and well pulled off. 8 from me.

Anyway, this is a fun great-looking map. It's a bit of a novelty-map, as is Runtfest/etc., but that's certainly not a bad thing in and of itself. The author says right in the readme that it's not intended for hardcore gameplay, and is more of an exercise in fun-filled eye-candy, and on those terms, it's very cool indeed. I noticed a few nitpicks (e.g. sparklies, no no-drop at the bottom of the skybox, etc.), but good job overall.

(and whats your obsession w/ tetris :))

and while im here GREAT MAP got it just right MoNoPoLy

Agree (0) or Disagree (1)
wviperw unregistered
#7   13 Jan 2002
played this a while ago. Good map, although not quite the "perfect" map that the reviewer states. Gameplay got kind of stale after awhile. And if I remember correctly, there were a few areas (such as the inside areas) that weren't very detailed and kind plain.

Nevertheless, a map that everyone should try out.

Agree (1) or Disagree (0)
Abbo unregistered
#6   13 Jan 2002
Agreed totally Mr.MoNoPoLy. Furthermore, what's with this competitive edge for rival level sites? "We're gonna take you down and be the BEST level site on the planet!" Surely an amateur community doesn't need to be all competition? Admittedly some is good - like between mappers, but not in the community reviewing sites.

Kudos to Tig and Mand0g for 2 years of great level reviewing, and great community activity!

Agree (1) or Disagree (0)
Mr.MoNoPoLy unregistered
#5   13 Jan 2002
VoX, i cannot speak for Tig and Mand0g, but things slowed down because they took a well-earned vacation to go snowboarding and get away from it all.

Those guys have done a lot of work for the mapping community, and i can't even imagine how much effort it takes to maintain a site like this. Organizing pictures, updates, comments, you name it, it is being done constantly for this site. So give them some credit.

No it is not all about organization. It is about a will to help the community by making a kick-ass site that quickly rises to becoming the definitive map-review site (specifically this one), and then making a judgement call to take a break from it and leave it in the hands of some other, slightly less capable people.

Agree (3) or Disagree (0)
Mr.MoNoPoLy unregistered
#4   13 Jan 2002
yes, this map was reviewed by Quake3World some time ago. However, it never got its deserved publicity on ..::LvL, so when i saw it on the list i jumped at the chance to review it.

One of my all-time favourite DMs, this is right up there with Flying Plutonians, Chiroptera, SkyLancer & Natedm2.

Nothing eles needs be said. ;)

It's a great map for FFA. It's

been on my hard drive since it first was released and I still frag on it. Great Map !

I'm quite sure I played here before... 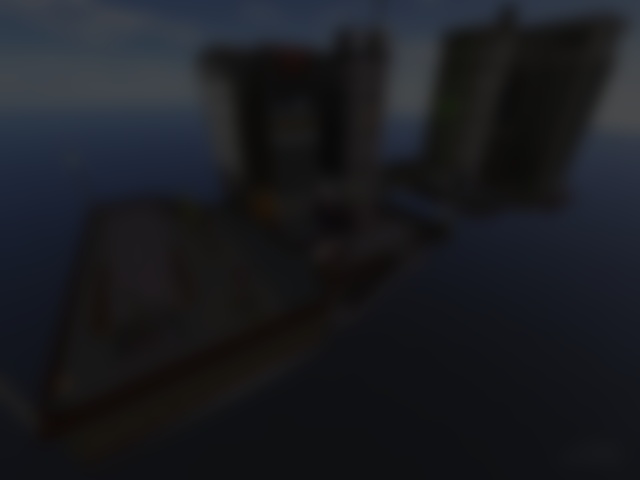